Medina Foundation launched a Domestic Violence Stable Housing Initiative which was implemented by organizations serving survivors of domestic violence. This initiative was inspired by work already underway by the Bill & Melinda Gates Foundation and the Housing First model which focuses on rapidly moving people who are homeless into permanent housing. The theory is that any issues that may have contributed to an individual or family becoming homeless can best be addressed after they are stably housed.

Now closed, Medina's three-year Initiative was comprised of 22 grants totaling $416,000 to 8 different agencies working with survivors of domestic violence. Thanks to this flexible support, 607 survivors—the vast majority of whom had children in their care—were able to acquire or maintain housing and avoid shelter stays entirely. 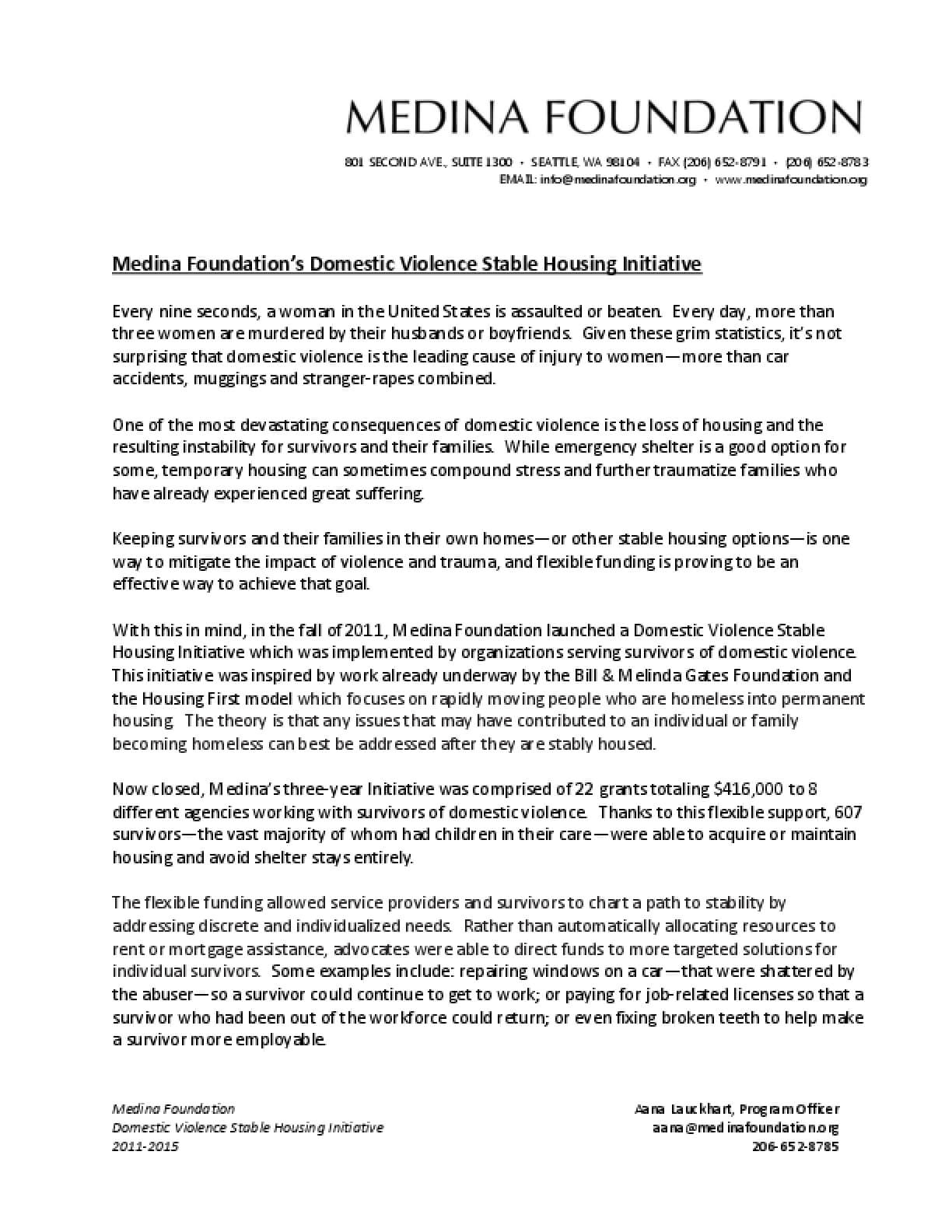