The water contamination crisis in Flint, Michigan, threw a national spotlight on problems with drinking water systems that extend far beyond one state and that are more profound than just pipes. A central failure in Flint was that the state government had information about contamination of drinking water, but did not warn the public. In Texas, the pollutant of greatest concern in the 65 communites discussed in this report is different – arsenic, instead of lead -- and the source of the problem is different. In Texas, the arsenic is naturally occurring; while in Michigan, the catastrophe was man-made, with the state and city trying to save money by switching to a source of water, the Flint River, that corroded the plumbing, releasing high levels of lead from pipes and solder.

But in both Michigan and Texas, the state governments compounded the water contamination problems – and allowed people's exposure to damaging toxins to continue -- by not communicating clearly with consumers.

Deciding how best to explain health risks to the public is admittedly a challenging task. But there is enough evidence to reach the following conclusions:

The short-term costs of building municipal water treatment systems can be significant, but they are dwarfed by the long-term costs of higher cancer risks and brain damage. More broadly, our whole system pays a high price when silence or double-talk corrodes the basic faith of citizens in their government. 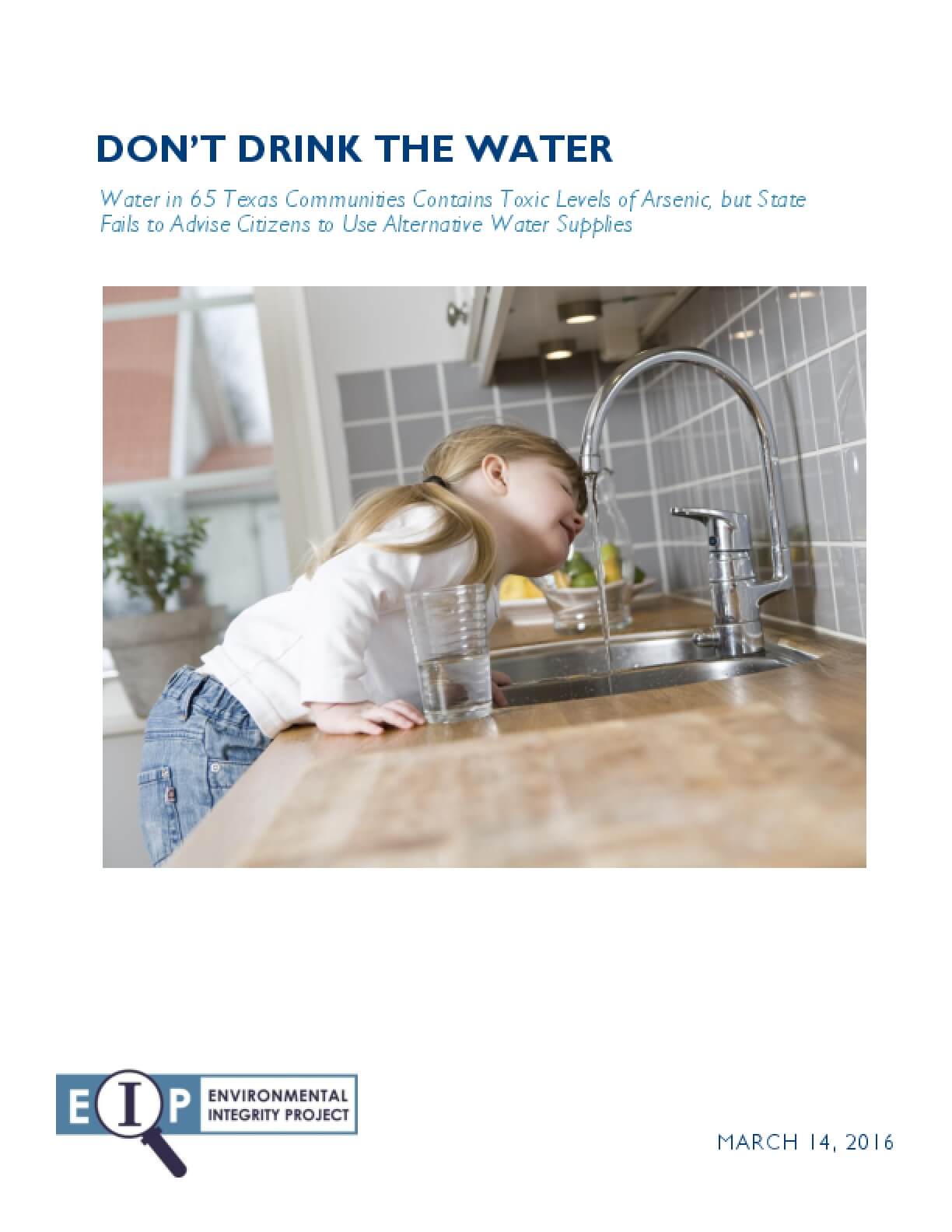