Don’t Shoot to Kill: Homicides Resulting from Law Enforcement Use of Force Within LA County, 2000-2014

This report documents the deaths of 589 people who lived in Los Angeles County and were killed by law enforcement between January 1, 2000 and August 31, 2014. In addition, the report documents all cases – with name, age,race, location and where possible incident details – from January 1, 2007 – August 31, 2014 in order to remember eachindividual; to investigate who is impacted by race, age, gender and community (location of the shooting); and to learnfrom their experiences in an attempt to save lives in the future. Based on these specific case histories, the report looks for trends or commonalities among incidents and raises concerns regarding suspicious and troubling patterns. Finally, the report makes some comparisons between LA and other  jurisdictions, and begins to evaluate media's coverage of officer-involved homicides. 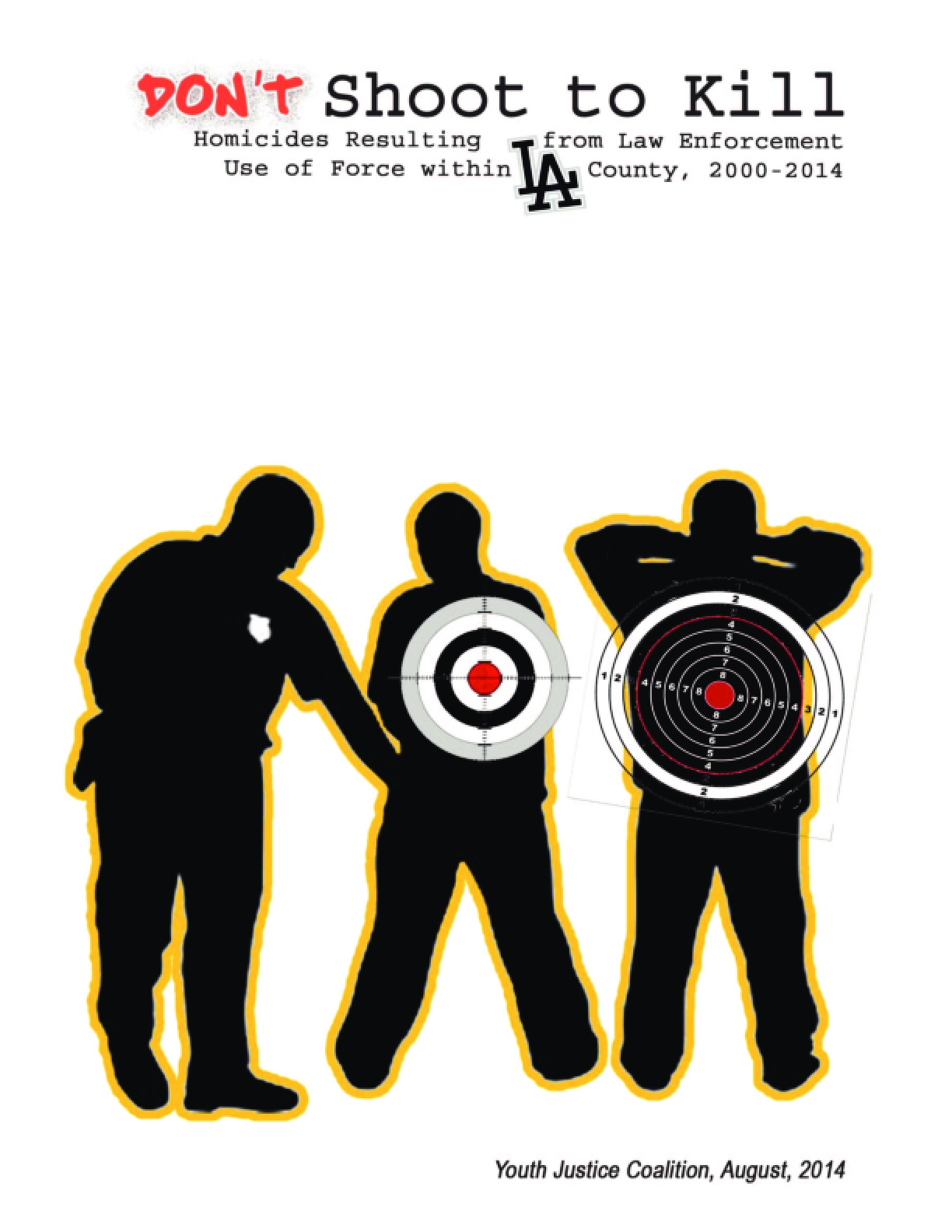