New York State is considering a system of public campaign financing for state elections similar to the one New York City uses for municipal elections. In that system, the city puts up six dollars in public matching funds for each of the first $175 that a city resident contributes to a candidate participating in the voluntary program. One of the key purposes of the city's matching fund program is to strengthen the connections between public officials and their constituents by bringing more small donors into the process and making them more important to the candidates' campaigns. A previous paper by the Campaign Finance Institute showed that matching funds heighten the number and role of small donors in city elections and would be likely to do the same at the state level. This joint study by the Brennan Center for Justice and the Campaign Finance Institute tests whether these powerful but anecdotal claims are supported by the available evidence from the most recent state and municipal elections. To do so, we compared donors to candidates in the City Council elections of 2009, where there was a public financing program, to the donors to candidates in the State Assembly elections of 2010, where there was no such program. We compared the City Council and State Assembly races because those electoral districts are similar in size and because doing so allowed us to look at the giving patterns of the same city residents in different elections. 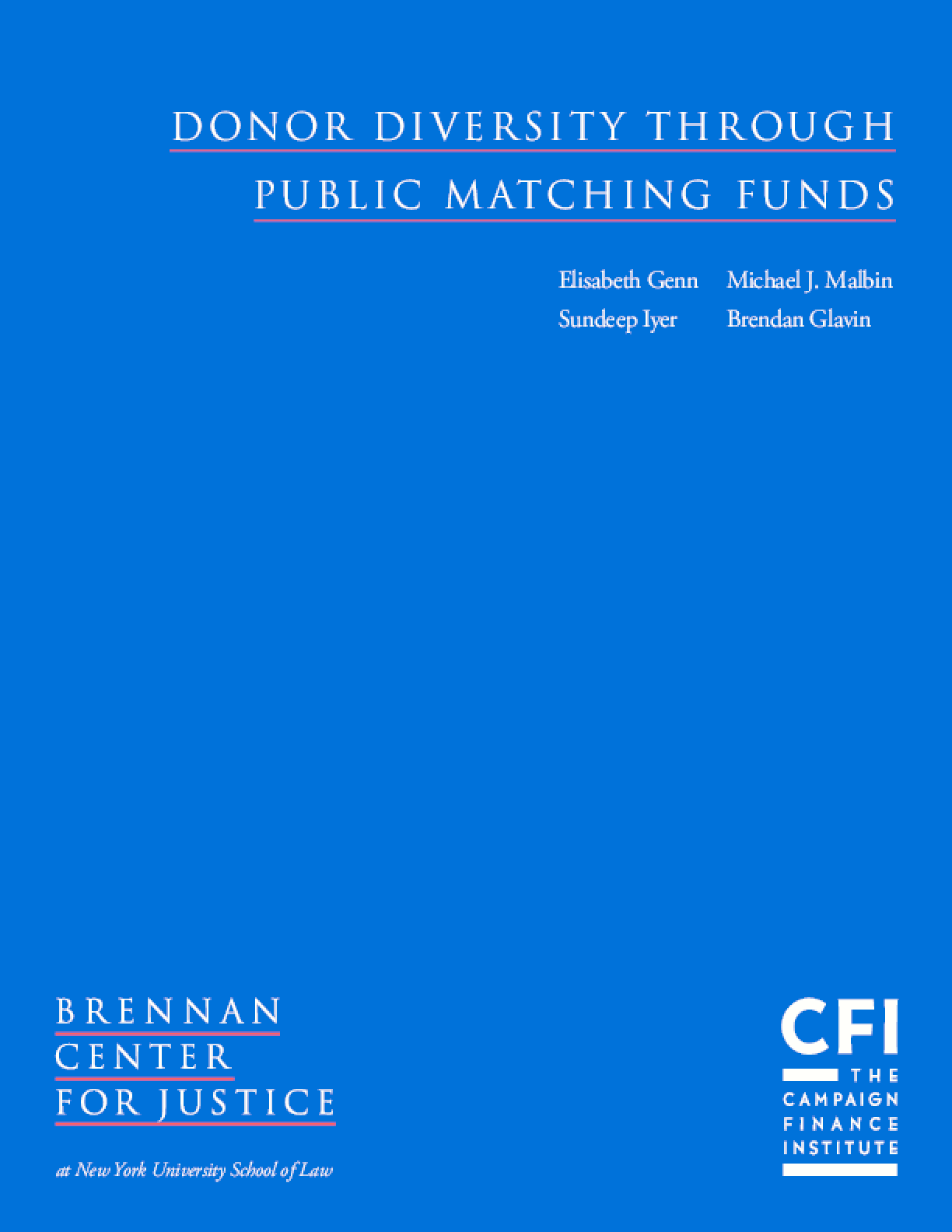