Donors Double Down In Gaming Debate

On the final day of the 2009 legislative session, Florida lawmakers passed a law to expand gambling in the state and offer a new gambling compact to the Seminole Tribe, overcoming a legislature which has "resist[ed] gambling expansion for decades." The bill was signed by Gov. Crist on June 15. Under the new agreement, the Seminole Tribe--which has been seeking state approval for Las Vegas-style slot machines for years--would gain the exclusive right to operate slot machines outside of Miami-Dade and Broward counties. Fast Fact 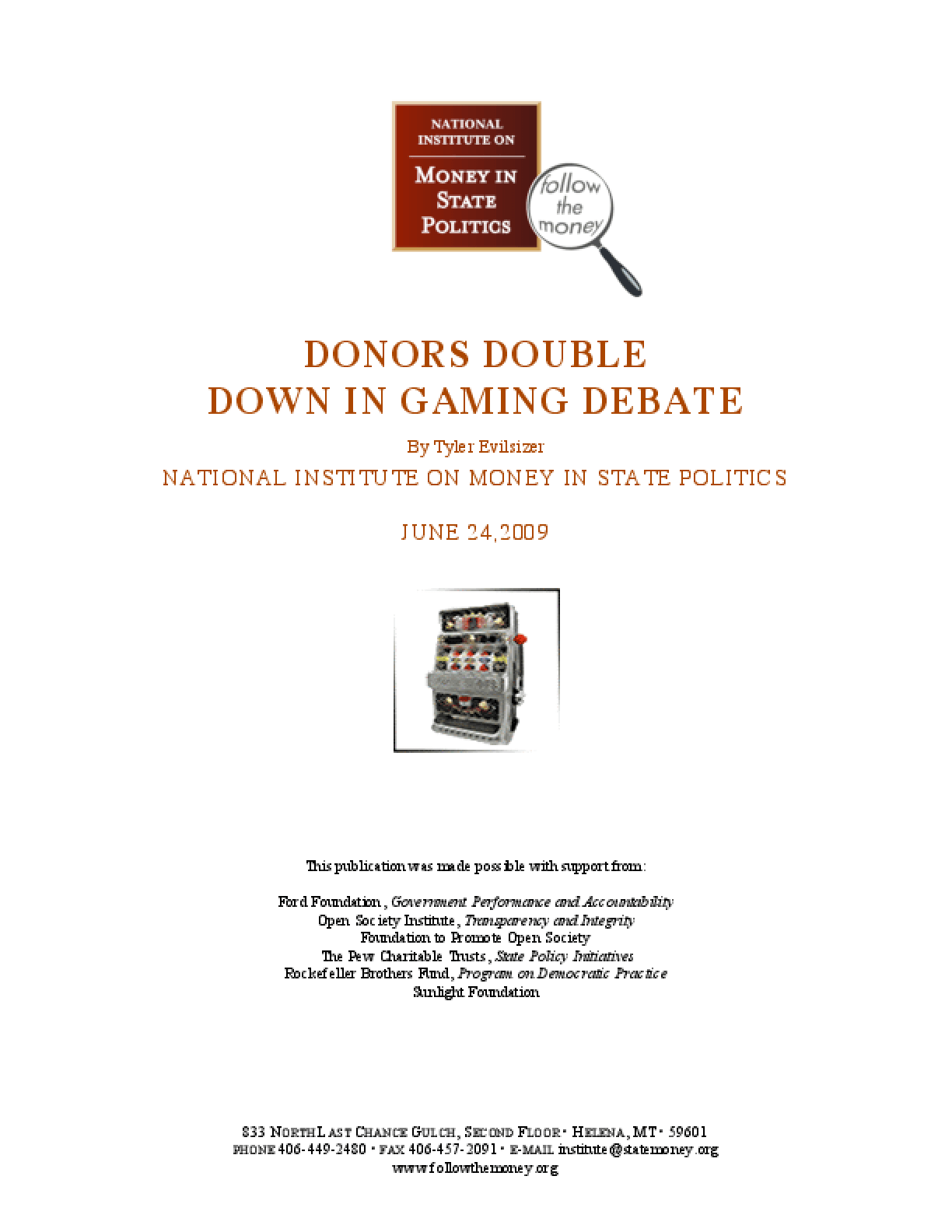