This thematic report investigates changes in access to and use of drinking water since 1990, exploring disparities in water service delivery, the role of household water treatment and safe storage, and the challenges of sustaining water services and ensuring reliable supplies. Although progress has been made, substantial work is needed to reduce disparities between regions and countries, between urban and rural settings, and between different layers of society. 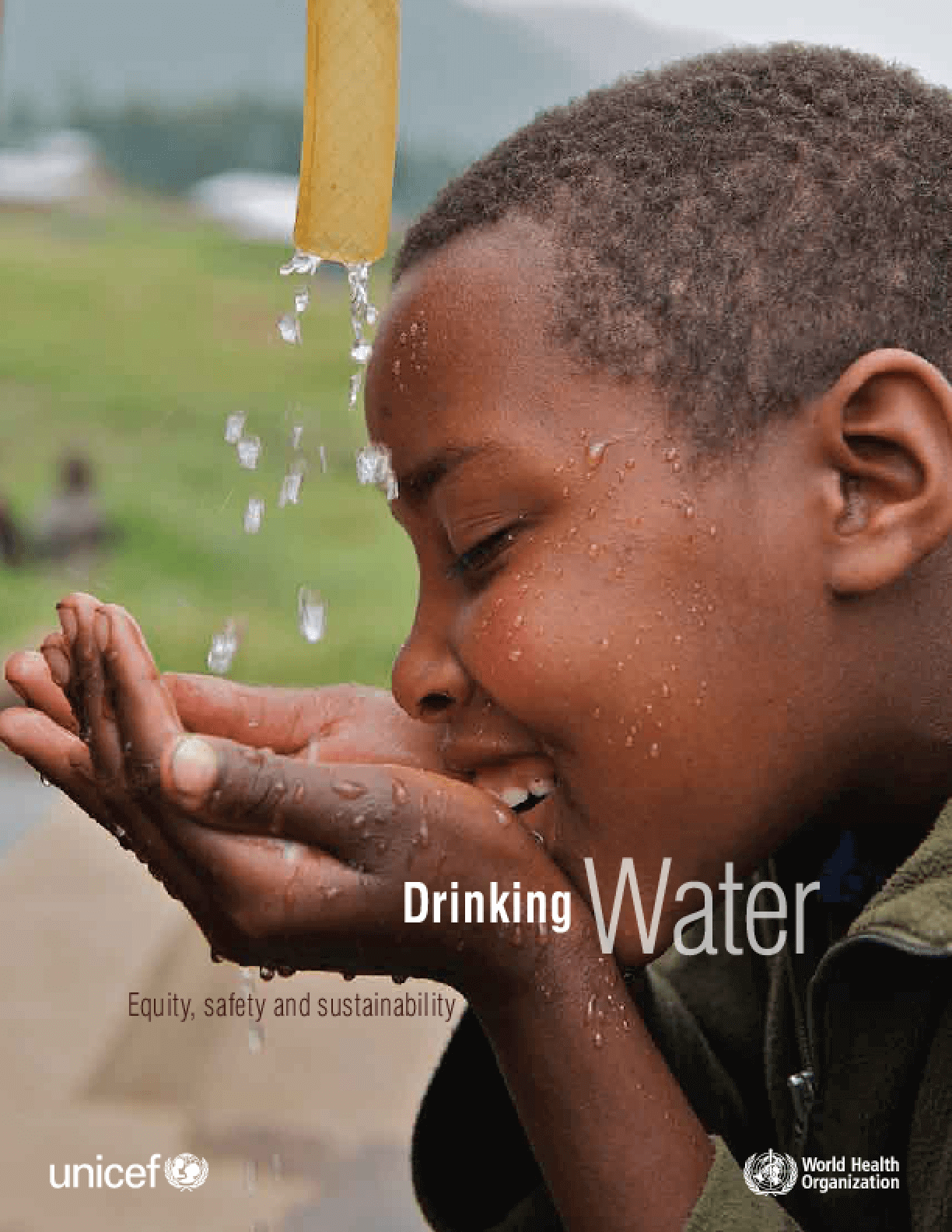