Americans are killing themselves at an alarming rate. Nationwide, the mortality rate, from drug poisoning, alcohol poisoning, and suicide increased by 52 percent between 2000 and 2014. Most of this increase was driven by a surge in prescription opioid and heroin overdoses, but overdoses from other drugs, suicides by means other than drugs, and alcohol-induced deaths also increased over this period. Between 2010 and 2014, drugs, alcohol, or suicide were the underlying cause of death for 537,000 people and were contributing factors in an additional 133,000 deaths. Especially striking is that mortality from drugs, alcohol, and suicide has increased during a period of declining mortality for other major causes of death, including diabetes, heart disease, most cancers, and motor vehicle accidents. 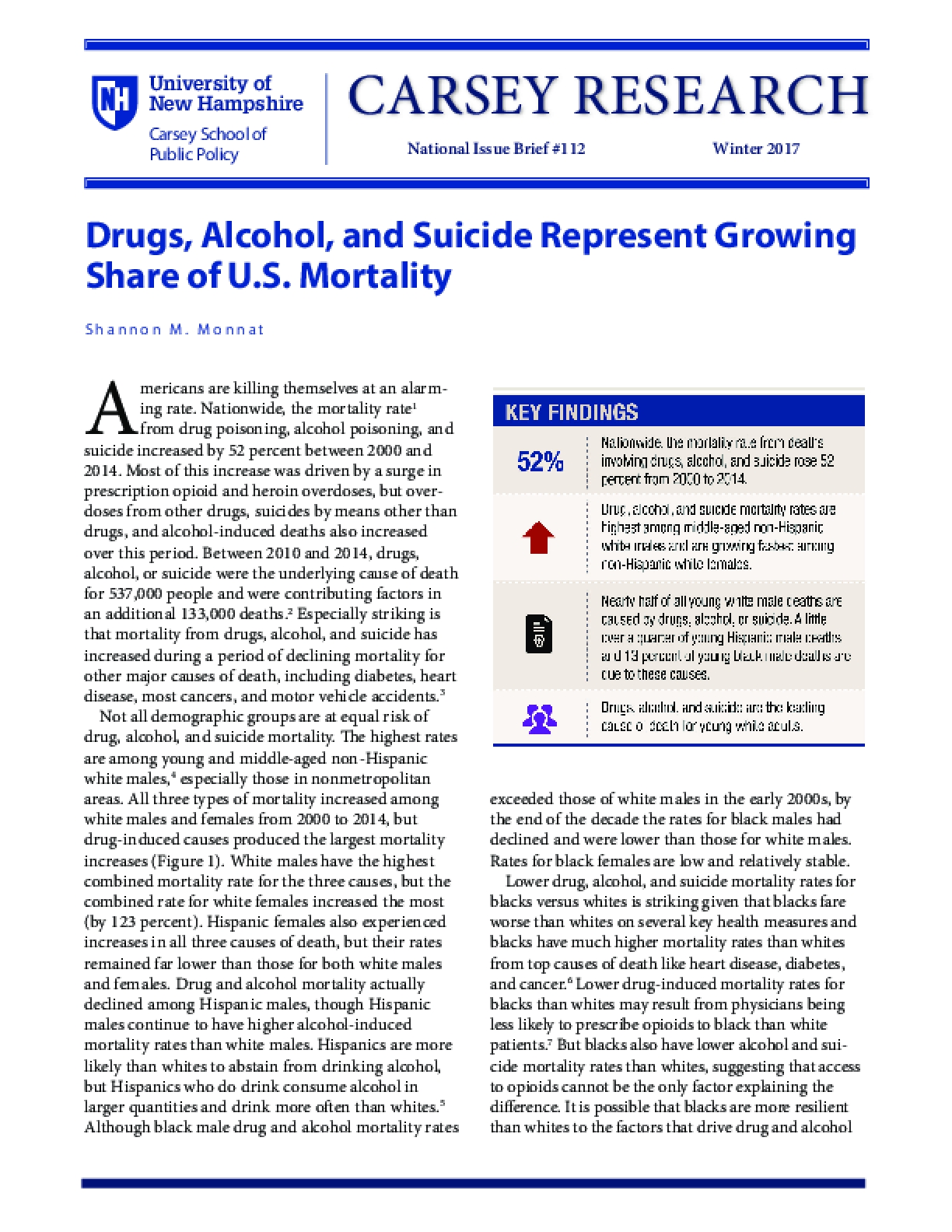