Dual Agents: Political Consulting Firms Working Jointly for Candidates or Political Parties and for Unregulated Outside Groups in the Same Elections Received $1.4 Billion in 2018 and 2020

The U.S. Supreme Court's 2010 decision in Citizens United v. Federal Election Commission made it legal for corporations and labor unions to spend unlimited sums from their treasuries to influence elections. Follow-up rulings by a federal court and the Federal Election Commission permitted third-party groups to accept unlimited contributions to pay for electioneering expenditures.

The five justices who signed the Citizens United ruling based their decision on a view that political spending by outside entities does not pose a sufficient risk of causing corruption to warrant being restricted. Events soon showed that the court's confidence was misplaced.

Shortly after the decision, third-party electioneering entities began springing up. These came to be known as "super PACs." In the 2012 elections (the first full two-year election cycle after the Citizens United decision), Public Citizen found that 52 percent of 143 super PACs active in the election devoted all of their money to assisting a single candidate. This evidence suggested that many super PACs were not truly independent of the candidates whose contests they sought to influence.

Meanwhile, other super PACs were created with stated goals of electing Democratic or Republican majorities to the U.S. House and Senate. Federal law deems expenditures made by an outside entity in "cooperation, consultation, or concert" with a national party to be coordinated. A coordinated expenditure would violate the law if it exceeded contribution limits, which super PACs' expenditures usually do.

These and other developments demonstrated that the Supreme Court was misguided in its assumption that outside entities would be independent of regulated campaign committees. In reality, the court had created a major incentive for candidates and party leaders to use outside entities to circumvent campaign contribution limits. 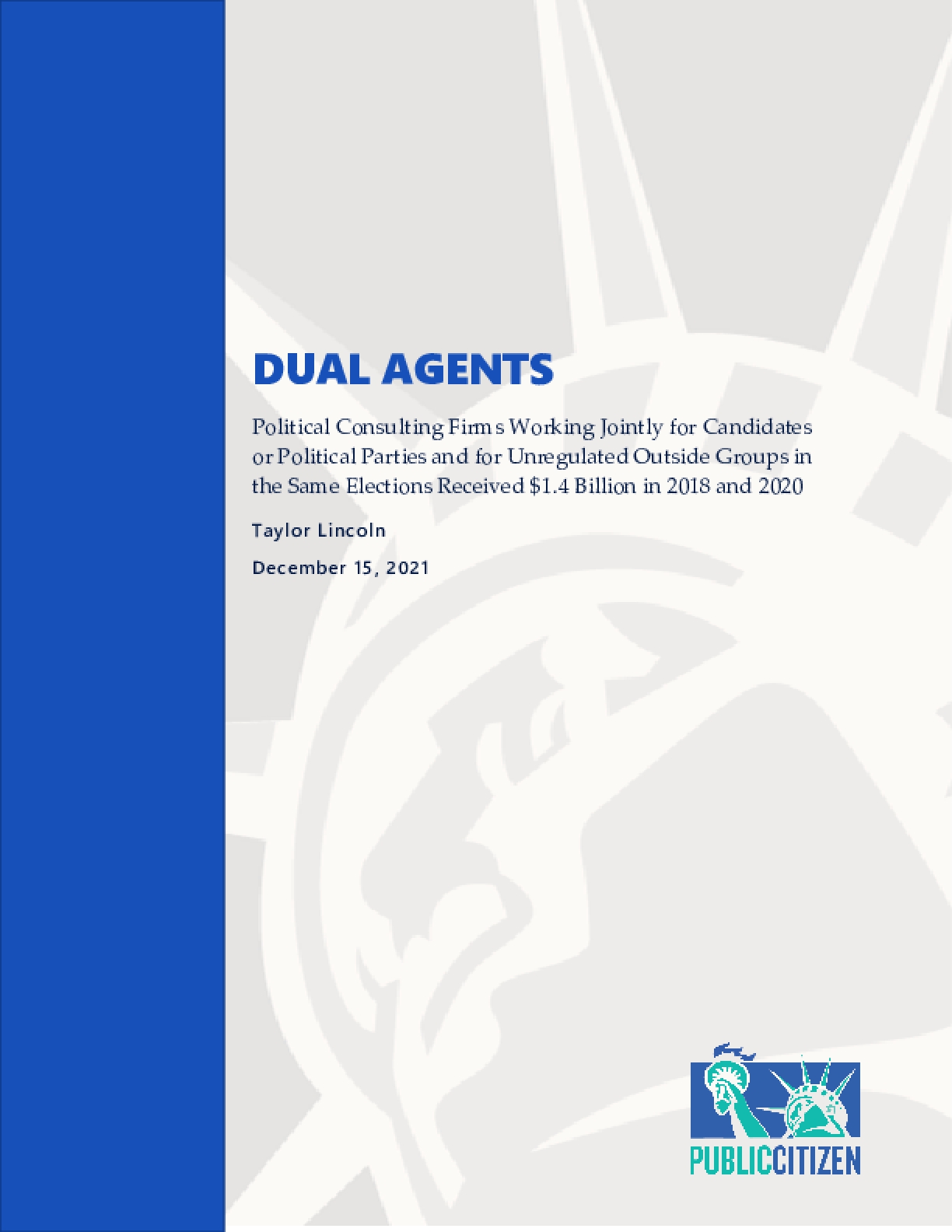