On 6 December 2006, the UN General Assembly first voted to work 'towards an Arms Trade Treaty' to protect civilians worldwide from irresponsible arms transfers. For almost three years, governments have discussed what the treaty might look like. And in that time almost 2.1 million men, women, and children have died as a result of armed violence. Millions more have been injured, displaced, or impoverished. Had there been an effective Arms Trade Treaty in place, regulating the flow of arms around the world, it could have significantly reduced this human tragedy. 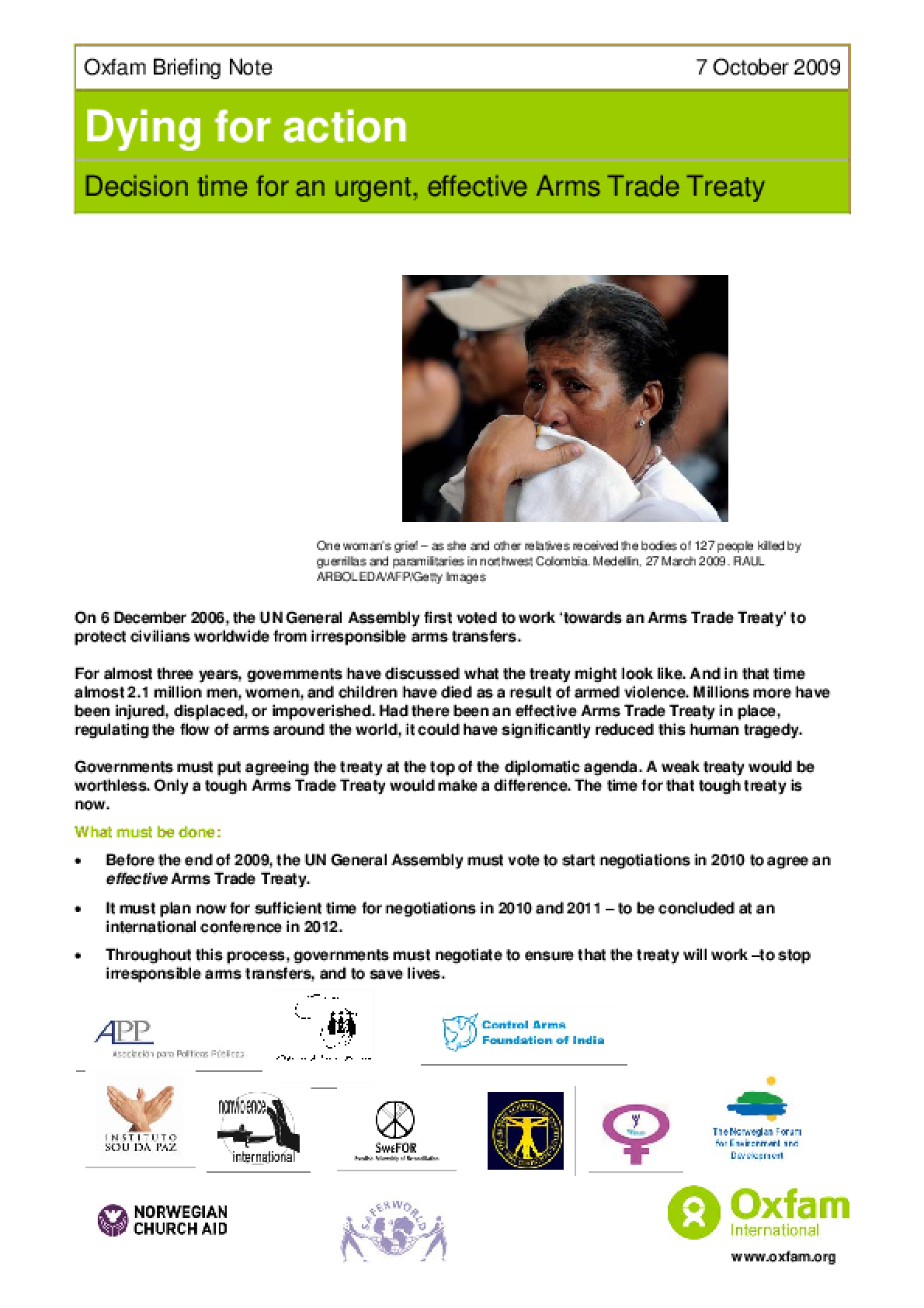