Dying in Hospital in Ireland: An Assessment of the Quality of Care in the Last Week of Life, Final Synthesis Report

The context of this report is set by the fact that most people die in a hospital or similar setting, outside the home. When you consider that most people are also born in hospital, and may spend some time there over the course of a lifetime, it becomes clear that hospitals are central to our passage into life and out of it, touching people at the most important and intimate moments of their lives. In this sense, the work of hospitals mirrors the cycle of life and the expectations of society about its role at each stage of the life cycle. The report assesses the quality of care provided by Irish hospitals in the last week of life. The word 'hospital' shares a common linguistic root with words like hospice and hospitality. Hospitality -- understood as being welcomed and cared for with kindness and attentiveness -- is still what everyone seeks when they come to hospital, including patients and their families who are going through the journey of dying, death and bereavement. That is why the Hospice Friendly Hospitals Programme (2007-2012) commissioned this first ever national audit of end-of-life care in Irish hospitals. This report contributes to the growing practice within the Irish hospital system of auditing performance against standards in order to ensure that every aspect of its work meets, and even exceeds, the highest standards of care and excellence. Given that end-of-life care standards did not exist at the time the audit -- but have since been published as Quality Standards for End-of-Life Care in Hospitals1 -- it may be more appropriate to regard this report as a "pre-audit" or "baseline-audit". It is Government policy, since February 2009, to introduce a mandatory licensing system whereby each hospital will only be allowed to practice if, on the basis of audited performance, it meets acceptable quality standards of service. 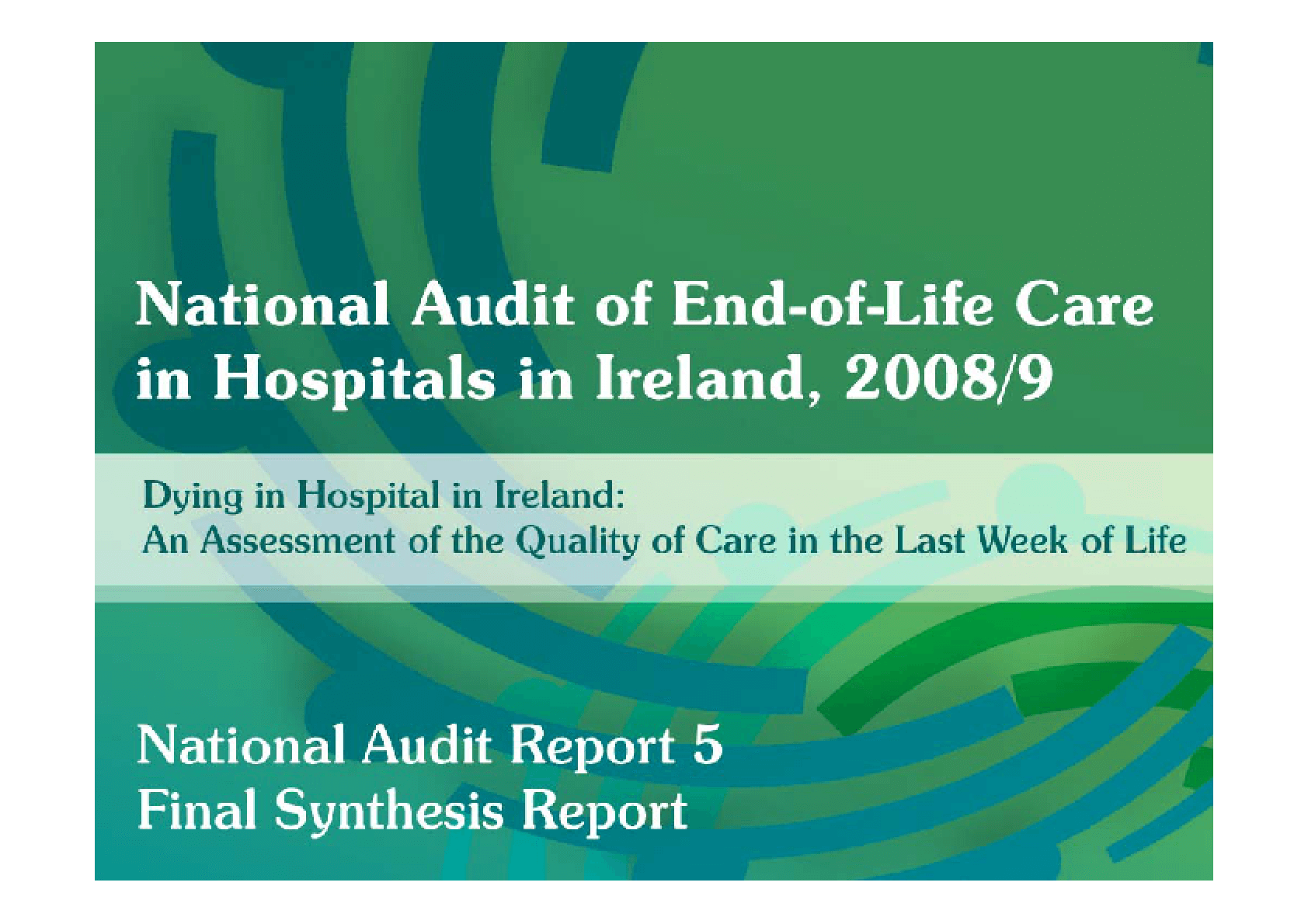