This report is an account of a cross-country study that covered Vietnam, Indonesia and the Philippines. Covering four sites (one each in Indonesia and Vietnam) and two sites in the Philippines, the study documented the impacts of three climate hazards affecting coastal communities, namely typhoon/flooding, coastal erosion and saltwater intrusion. It also analyzed planned adaptation options, which communities and local governments can implement, as well as autonomous responses of households to protect and insure themselves from these hazards. It employed a variety of techniques, ranging from participatory based approaches such as community hazard mapping and Focus Group Discussions (FGDs) to regression techniques, to analyze the impact of climate change and the behavior of affected communities and households. 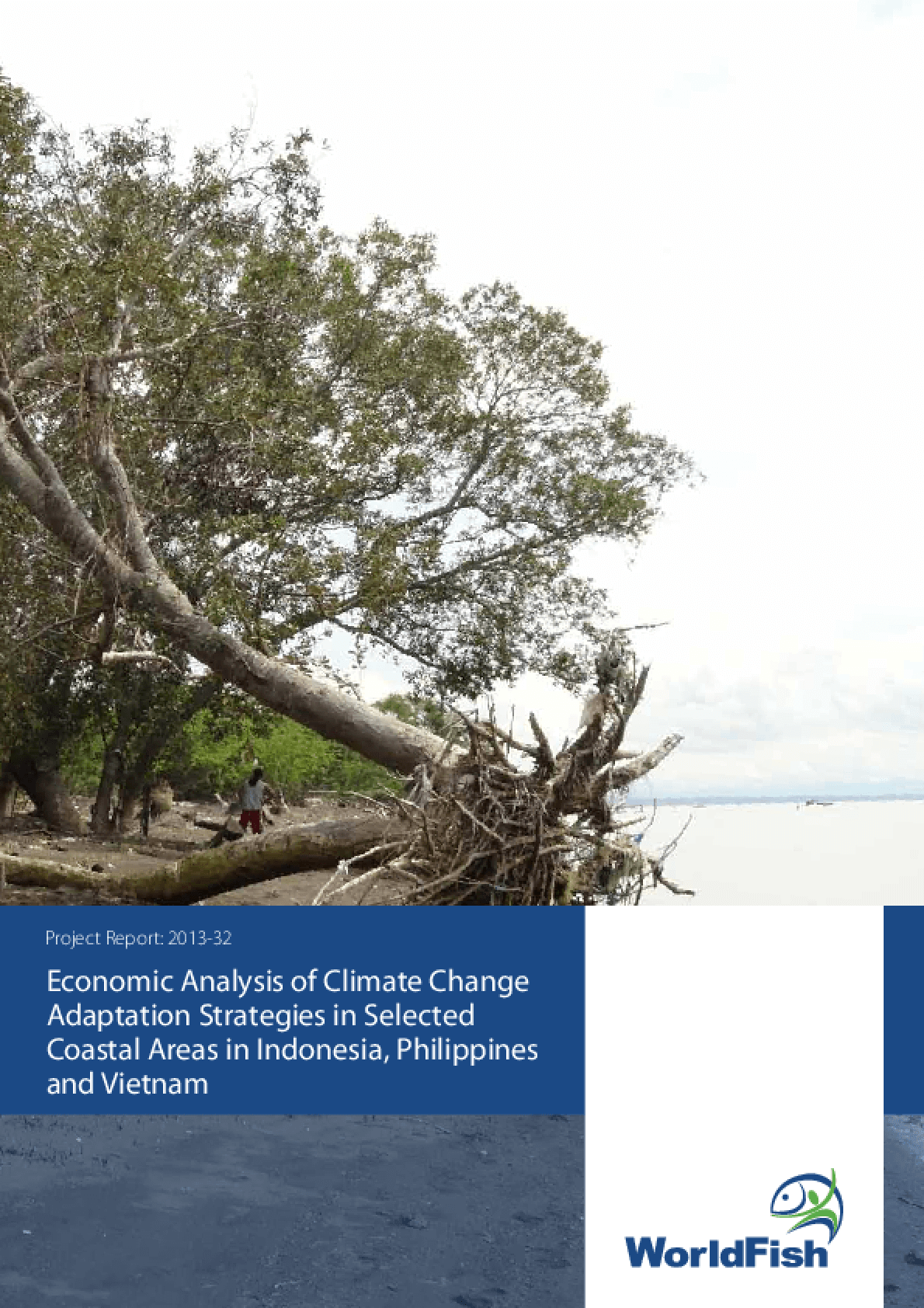