Climate change is already having a negative impact on agricultural production in Russia, especially grain production, the sector most dependent on weather and climate factors. In 2010 and 2012, drought caused a significant drop in grain production, which led to increase in grain prices. The total losses resulting from poor harvests exceeded RUB 300bn in those years and the cost of these losses was pushed on to consumers who had to pay significantly higher bread prices - meaning that the most vulnerable populations were hardest hit. 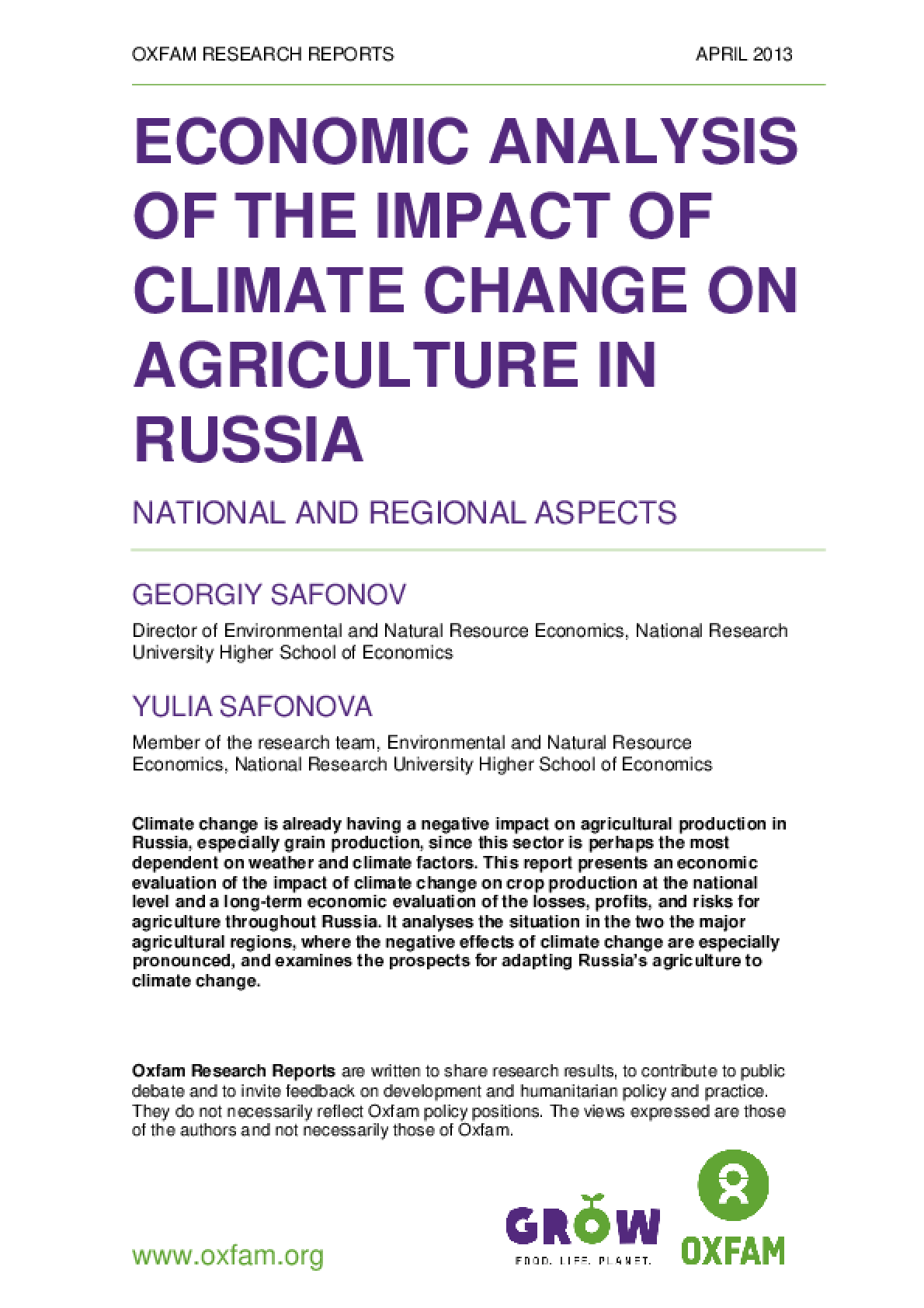