This document presents a two page overview of UN Women's work on economic empowerment: "Many international commitments support women's economic empowerment, including the Beijing Platform for Action, [CEDAW] and a series of [ILO] conventions on gender equality. UN Women supports women's economic empowerment in line with these, and with the growing body of evidence that shows that gender equality significantly contributes to advancing economies and sustainable development. Working with a variety of partners, our programmes promote women's ability to secure decent jobs, accumulate assets, and influence institutions and public policies determining growth and development. One critical area of focus involves advocacy to measure women's unpaid care work, and to take actions so women and men can more readily combine it with paid employment." 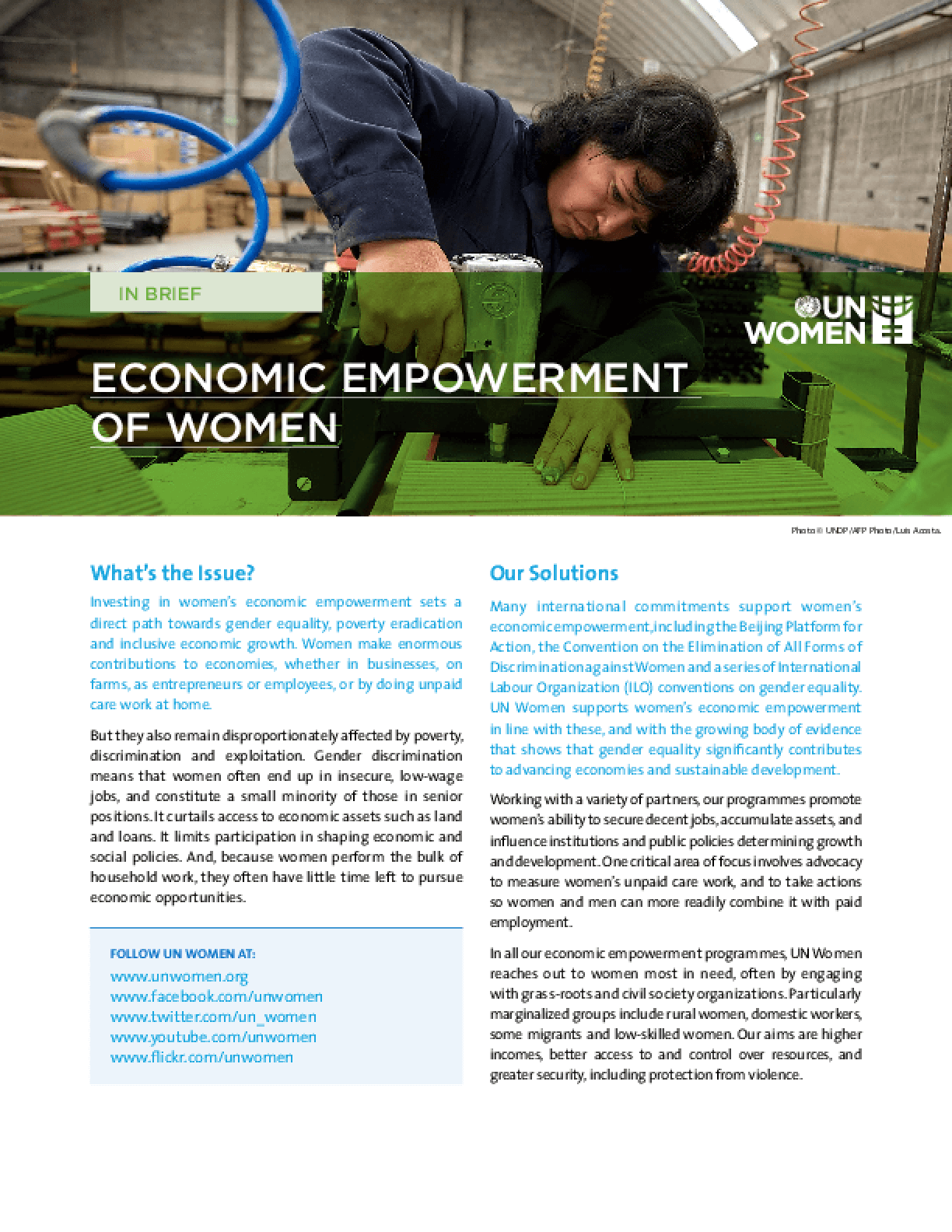