Now, decades after the first environmental laws were passed in this country, policymakers face many choices when seeking to solve environmental problems. Will taxing polluters for their discharges be more effective than fining them for not meeting certain emissions standards? Will a regulatory agency find it less costly to enforce a ban or oversee a system of tradable permits? Which strategy will reduce a pollutant the quickest?

Clearly, there are no "one-size-fits-all" answers. Many factors enter into the decision to favor either policies that lean more toward economic incentives (EI) and toward direct regulation, commonly referred to as command-and-control (CAC) policy. Underlying determinants include a country's governmental and regulatory infrastructure, along with the nature of the environmental problem itself.

Even with these contextual factors to consider, we thought it would be useful to compare EI and CAC policies and their outcomes in a real-world setting. To do this, we looked at six environmental problems that the United States and at least one European country dealt with differently (see box on page 14.) For each problem, one approach was more of an EI measure, while the other relied more on CAC. For example, to reduce point-source industrial water pollution, the Netherlands implemented a system of fees for organic pollutants (EI), while the United States established a system of guidelines and permits (CAC). It turned out, in fact, that most policies had at least some elements of both approaches, but we categorized them as EI or CAC based on their dominant features.

We then asked researchers who had previously studied these policies on either side of the Atlantic to update or prepare new case studies. We analyzed the 12 case studies (two for each of the six environmental problems) against a list of hypotheses frequently made for or against EI and CAC, such as which instrument is more effective or imposes less administrative burden. 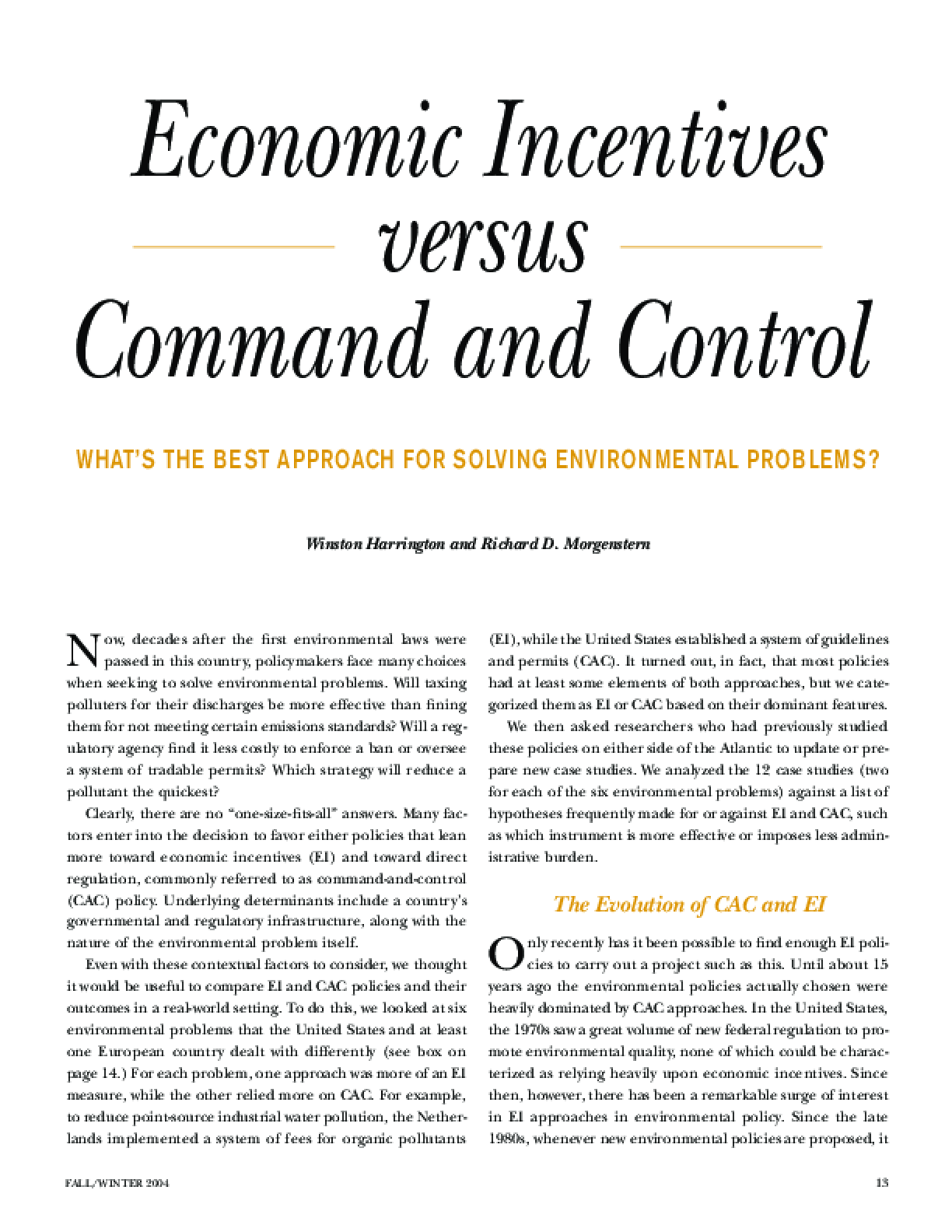