The data analyzed in IPC's latest Special Report, Economic Progress via Legalization, indicates that unauthorized immigrants who gained legal status in the 1980s through the legalization provisions of the Immigration Reform and Control Act (IRCA) experienced clear improvement in their socioeconomic situation. Between 1990 and 2006, the educational attainment of IRCA immigrants increased substantially, their poverty rates fell dramatically, and their home ownership rates improved tremendously. Moreover, their real wages rose, many of them moved into managerial positions, and the vast majority did not depend upon public assistance. The findings presented in this report support the notion that legalization of unauthorized immigrants can play a role in promoting economic growth and lessening socioeconomic disparities. Reforming our immigration system is not an obstacle to getting our economy back on track. 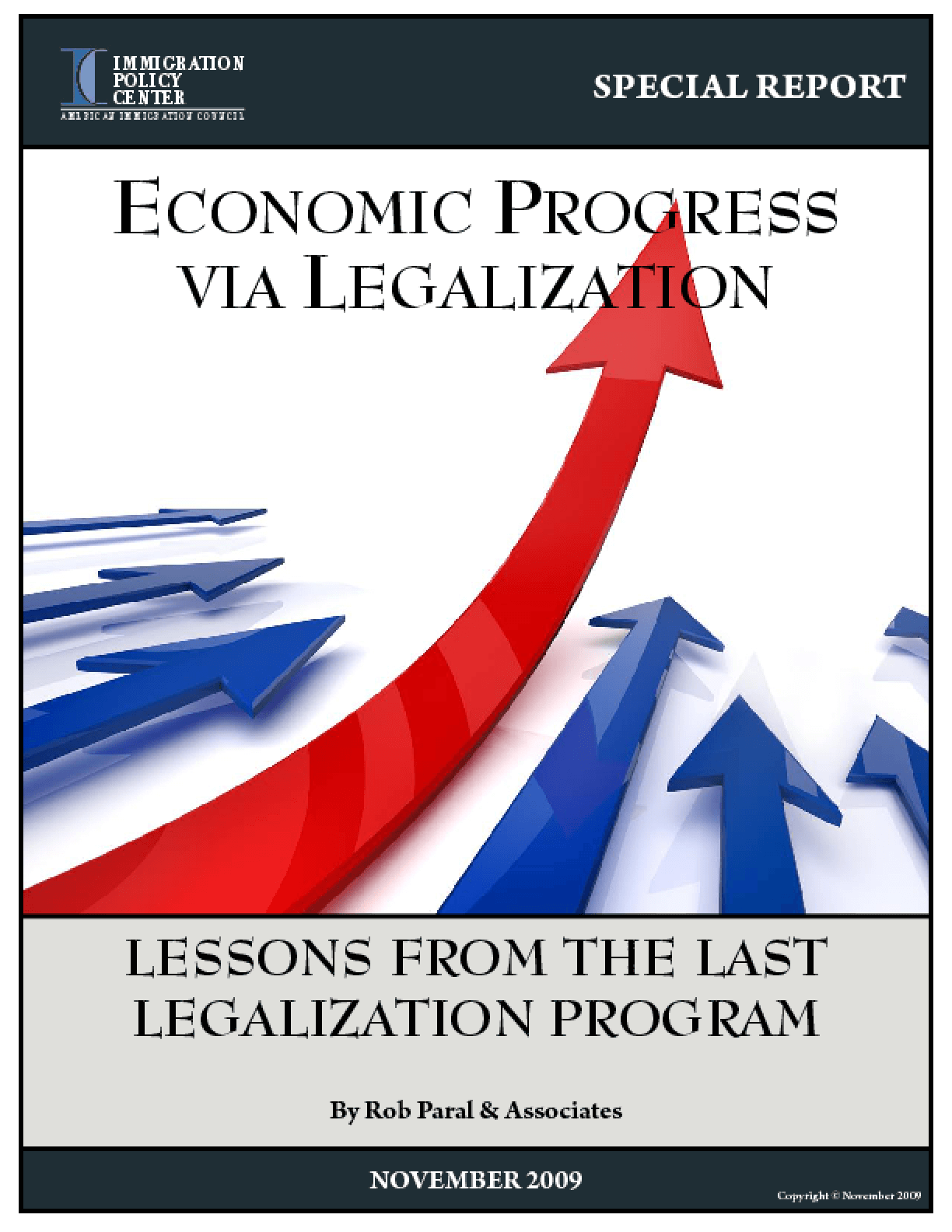