Economic Sanctions as Collective Punishment: The Case of Venezuela

This paper looks at some of the most important impacts of the economic sanctions imposed on Venezuela by the US government since August of 2017. It finds that most of the impact of these sanctions has not been on the government but on the civilian population.

The sanctions reduced the public's caloric intake, increased disease and mortality (for both adults and infants), and displaced millions of Venezuelans who fled the country as a result of the worsening economic depression and hyperinflation. They exacerbated Venezuela's economic crisis and made it nearly impossible to stabilize the economy, contributing further to excess deaths. All of these impacts disproportionately harmed the poorest and most vulnerable Venezuelans.

We find that the sanctions have inflicted, and increasingly inflict, very serious harm to human life and health, including an estimated more than 40,000 deaths from 2017–2018; and that these sanctions would fit the definition of collective punishment of the civilian population as described in both the Geneva and Hague international conventions, to which the US is a signatory. They are also illegal under international law and treaties which the US has signed, and would appear to violate US law as well. 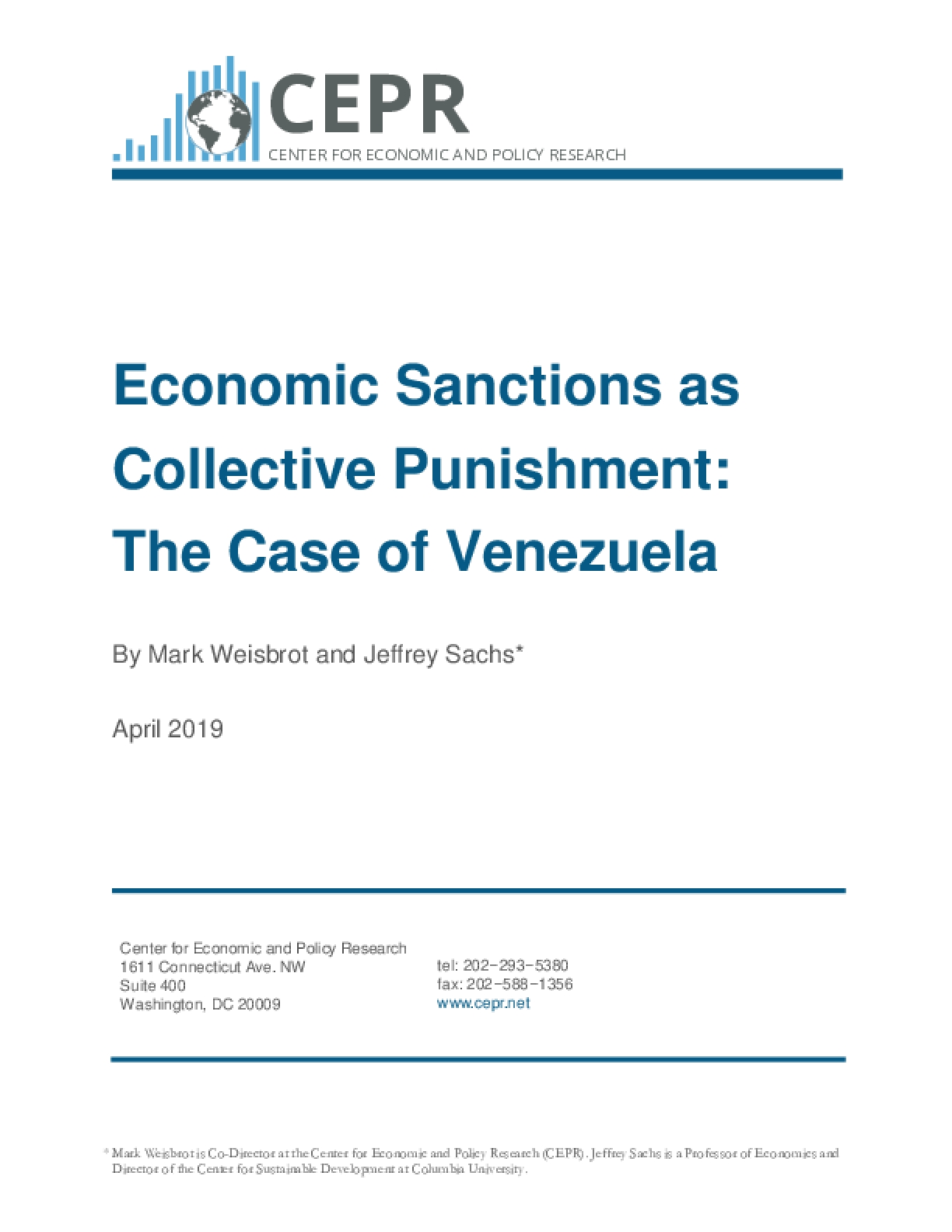