"Education and Public Safety," one of four briefs, finds that states that invest more in education have lower rates of violent crime and incarceration. The upcoming briefs will examine the intersection of policies on housing, employment, and drug treatment with safety and crime rates.

Key findings from "Education and Public Safety" include:

Graduation rates were associated with positive public safety outcomes. Researchers have found that a 5 percent increase in male high school graduation rates would produce an annual savings of almost $5 billion in crime-related expenses.

States that had higher levels of educational attainment also had crime rates lower than the national average. Nine out of the 10 states with the highest percentage of population who had attained a high school diploma or above were found to have lower violent crime rates than the national average, compared to just four of the 10 states with the lowest educational attainment per population. 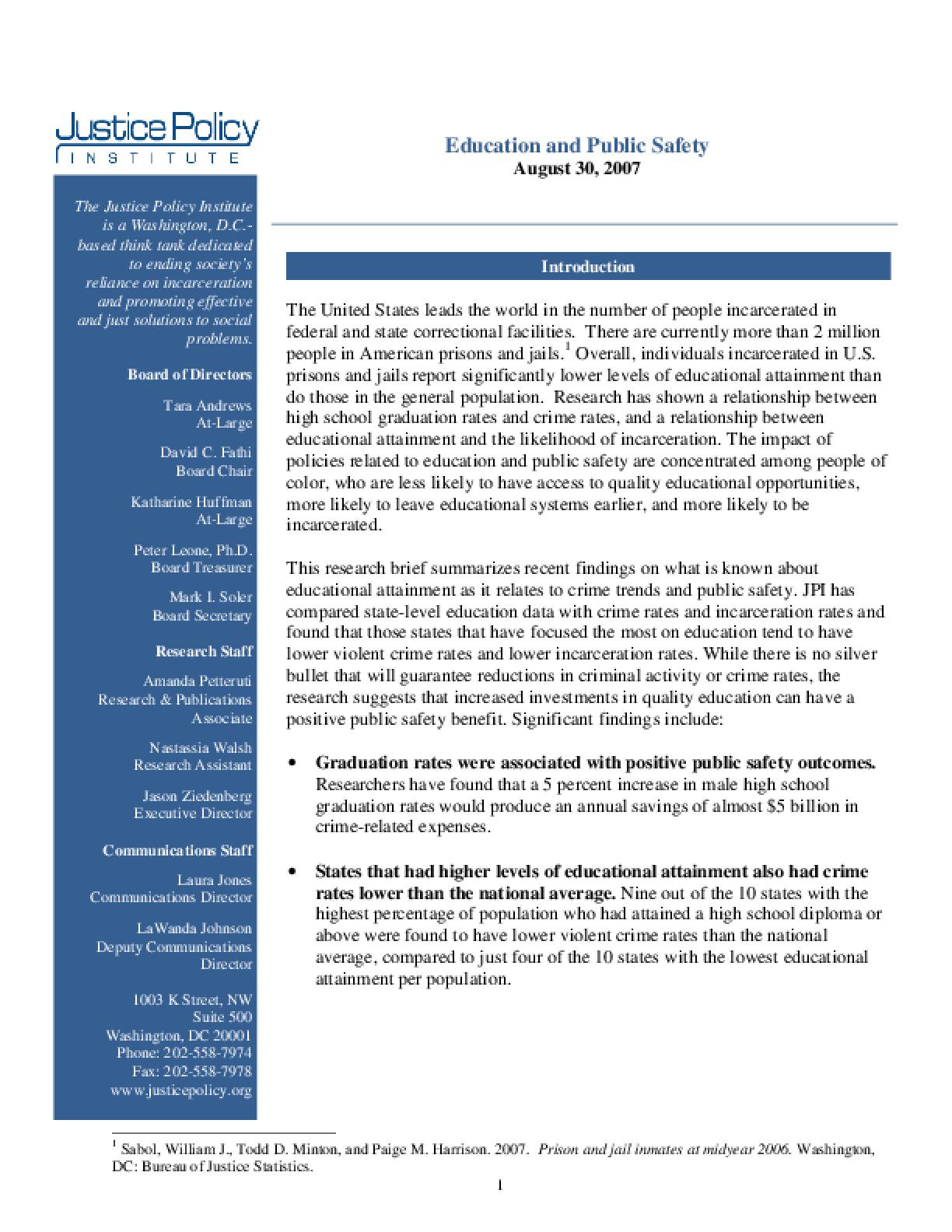