Education Interrupted: The Growing Use of Suspensions in New York City's Public Schools

*Black students, who comprise 33 percent of the student body, served 53 percent of suspensions over the past 10 years.

*Black students also served longer suspensions on average and were more likely to be suspended for subjective misconduct, like profanity and insubordination.

*Thirty percent of suspensions occur during March and June of each school year. 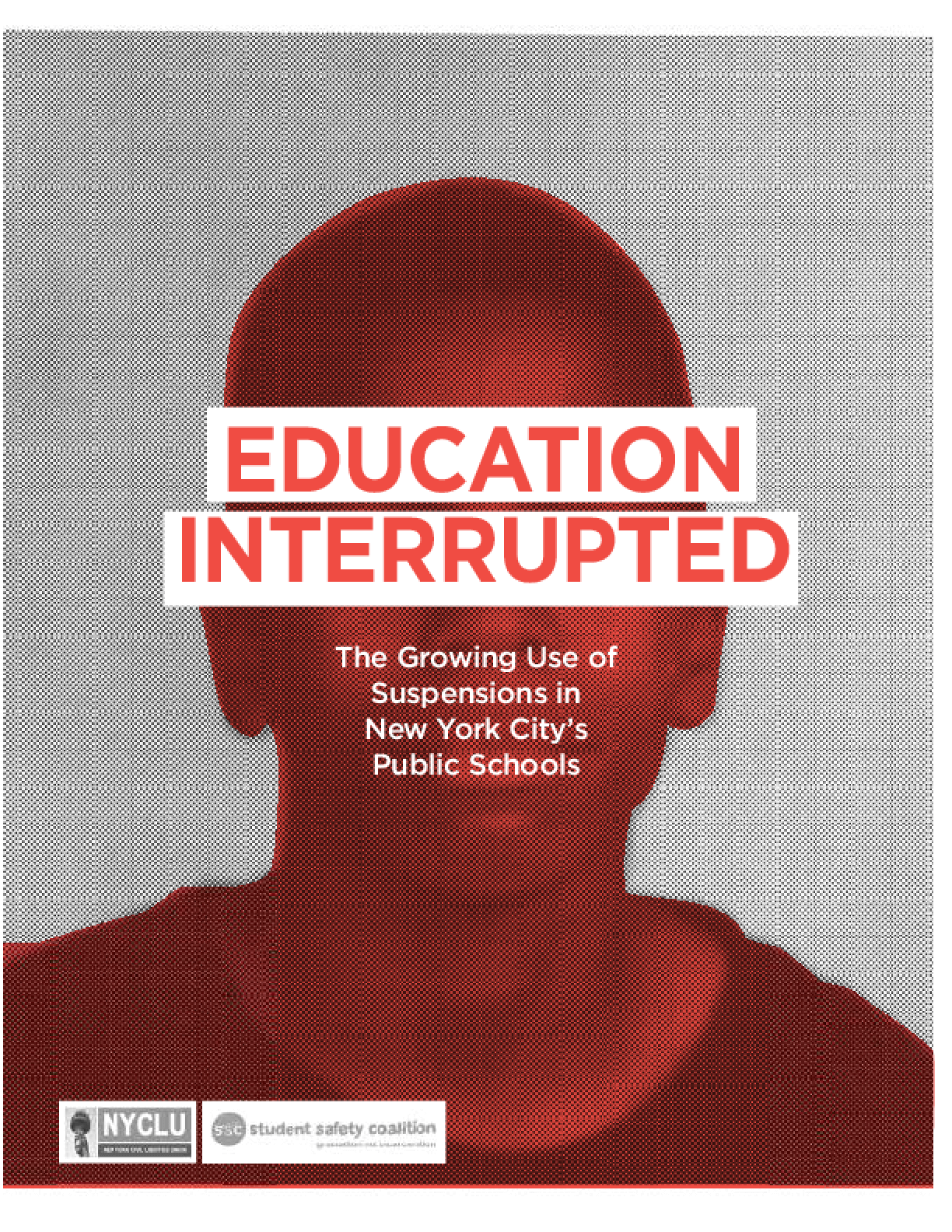