Education Under Arrest: The Case Against Police in Schools

Fueled by increasingly punitive approaches to student behavior such as "zero tolerance policies," the past 20 years have seen an expansion in the presence of law enforcement, including school resource officers (SROs), in schools. According to the U.S. Department of Justice, the number of school resource officers increased 38 percent between 1997 and 2007. Some cities, like New York City, employ more officers in schools than many small cities' entire police force.

With this rapid increase in the presence of law enforcement, including SROs, in schools, districts from around the country have found that youth are being referred to the justice system at increased rates and for minor offenses like disorderly conduct. This is causing lasting harm to youth, as arrests and referrals to the juvenile justice system disrupt the educational process and can lead to suspension, expulsion, or other alienation from school. All of these negative effects set youth on a track to drop out of school and put them at greater risk of becoming involved in the justice system later on, all at tremendous costs for taxpayers as well the youth themselves and their communities. 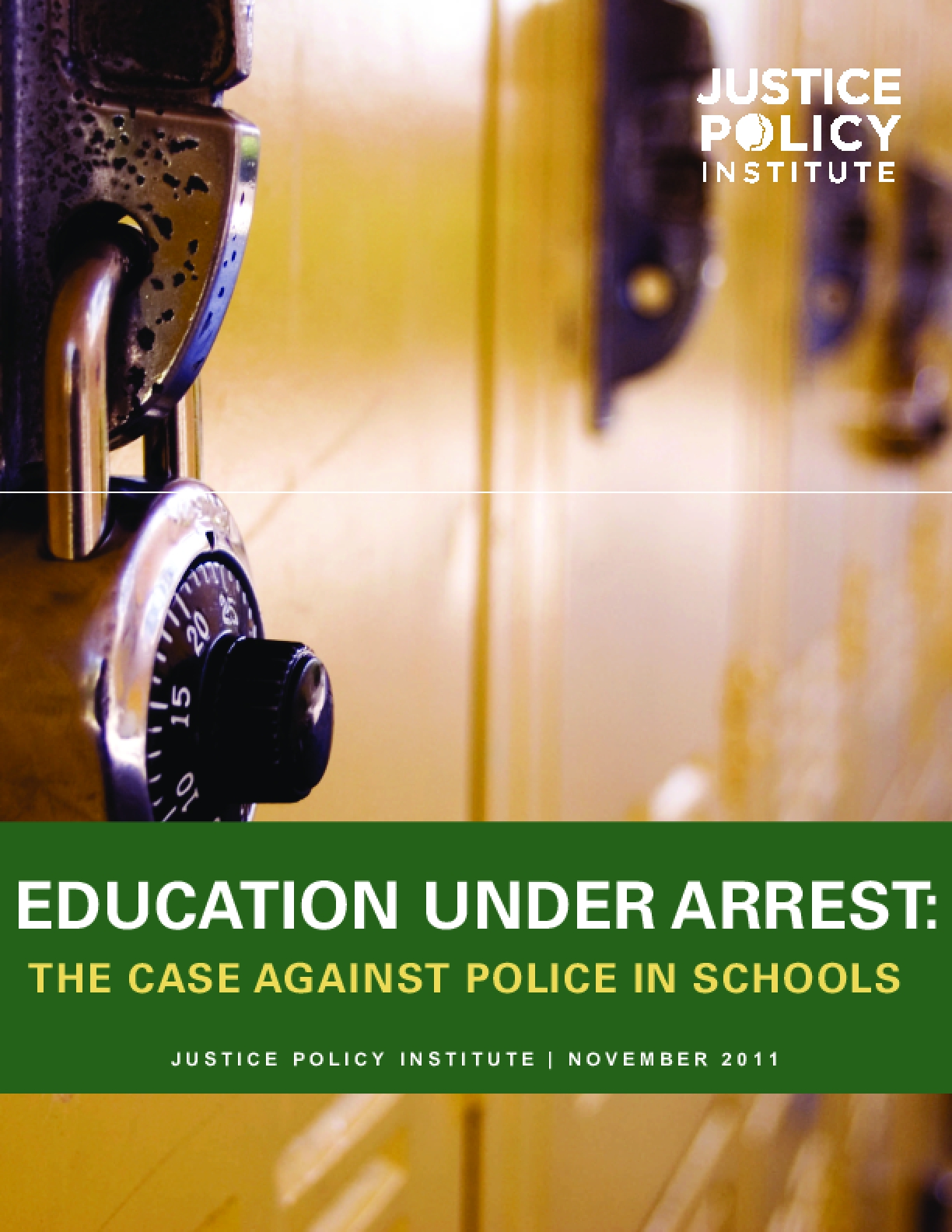