Effect of a Community-Led Sanitation Intervention on Child Diarrhoea and Child Growth in Rural Mali: a Cluster-Randomised Controlled Trial

This study is the first scientific trial to show that child growth improved when communities in the Republic of Mali, in West Africa, participated in a community-led sanitation program. While rates of diarrhoeal disease did not change, there were improvements in height and weight of children who were less than one year of age at the study's onset. 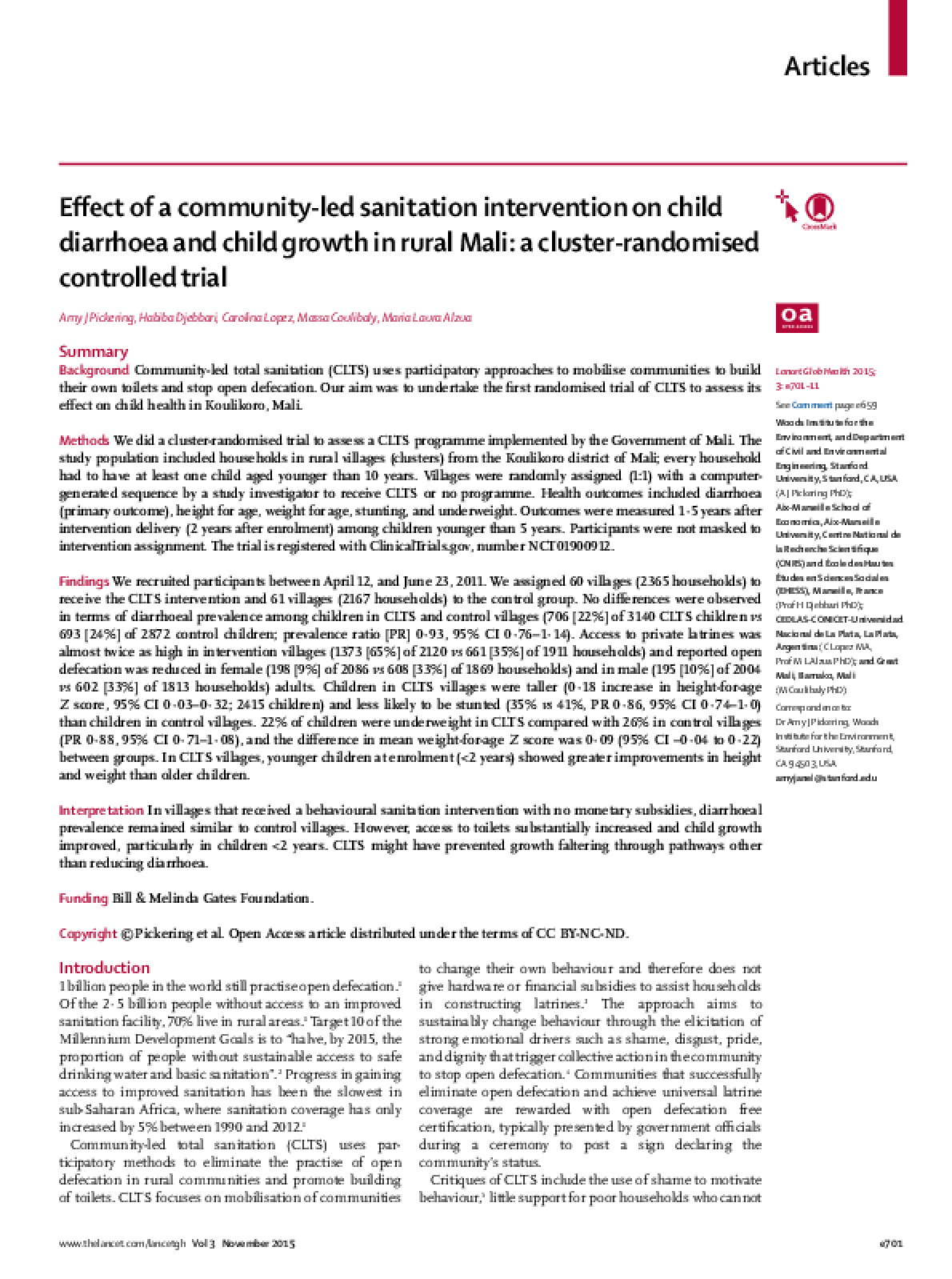