Effective Philanthropy: Towards a Research Agenda - A White Paper

Many people look at getting people to give more. Giving Evidence and the Social Enterprise Initiative at the University of Chicago Booth School of Business have been looking at getting donors to give better. Perhaps improving giving will achieve more than increasing it: For instance, the cost of raising capital for charities is about 20-40 per cent, against only about 3-5 per cent for companies, and charities turn away some donors who are fiddly to deal with. It may be easier to reduce that cost of capital than to raise the amount given. Plus, money doesn't always go where it's most needed: for example, about 90 per cent of global health spending goes on 10 percent of the disease burden -- maybe those donations can cheaply be re-directed. Our white paper looks at at (i)what good giving is, i.e., what donor behaviours produce the best outcomes, and (ii)how to persuade/enable/nudge donors to do those behaviours. It collates what is known on these topics, and lays out many unanswered questions which would form a strong research agenda. [The Chicago Booth School of Business was recently ranked by The Economist as the best business school in the world. And its leading centre on decision science is highly relevant since decisions are so integral to giving.] The white paper identifies questions which non-profits, funders and other practitioners want answered about making giving better, and aims to encourage researchers to address them. 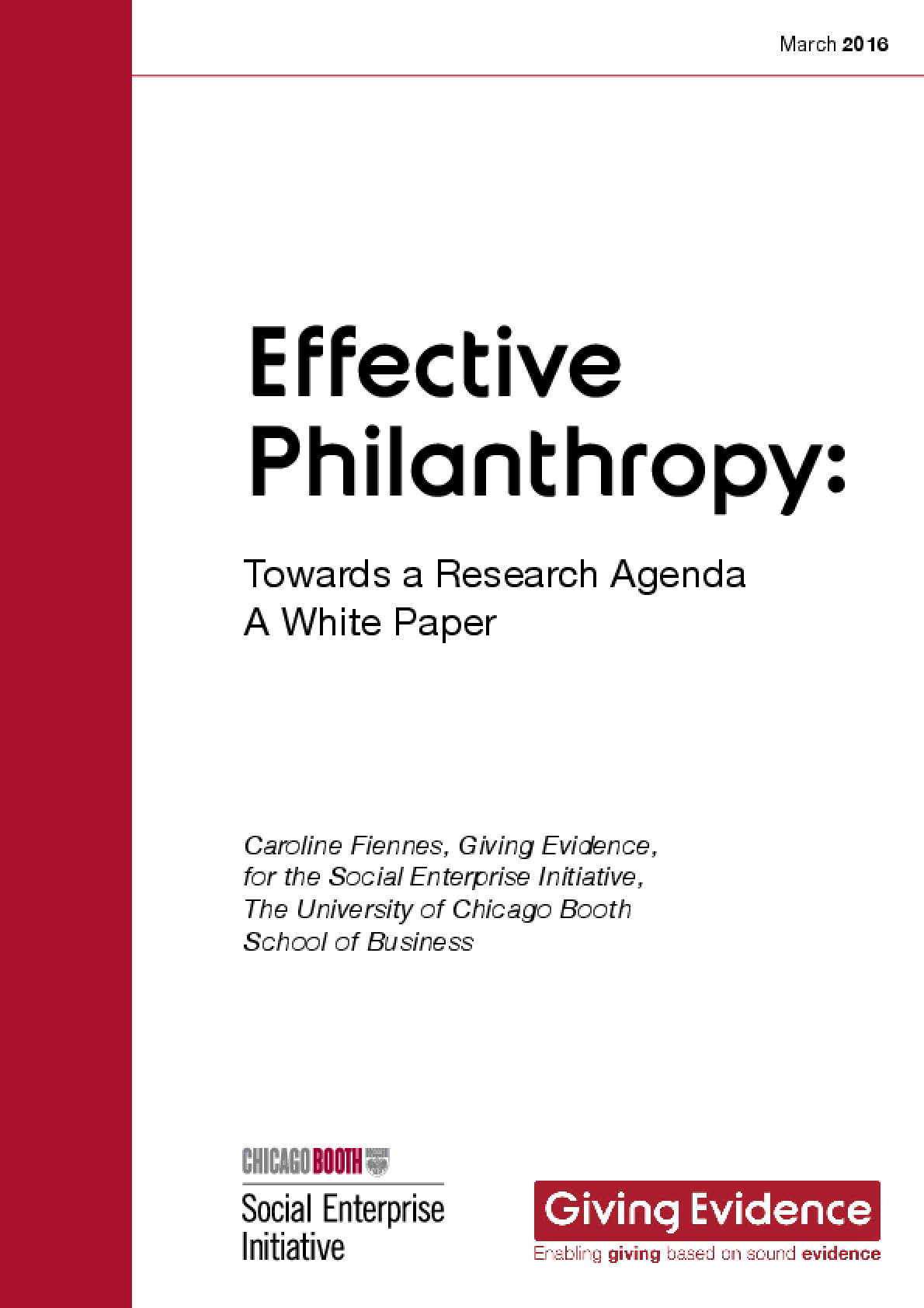