Anticorruption has been a major policy issue in Kenya since the early 1990s. At first opposed by the government as a foreign donor imposition, it was gradually adopted and even appropriated. Despite its domination of political competition rhetoric, corruption in Kenya's public sector remains endemic, even after a number of regime changes.

This policy brief examines the state of corruption in Kenya and the effectiveness of anticorruption agencies in the country, and lays out recommendations to tackle the challenges. 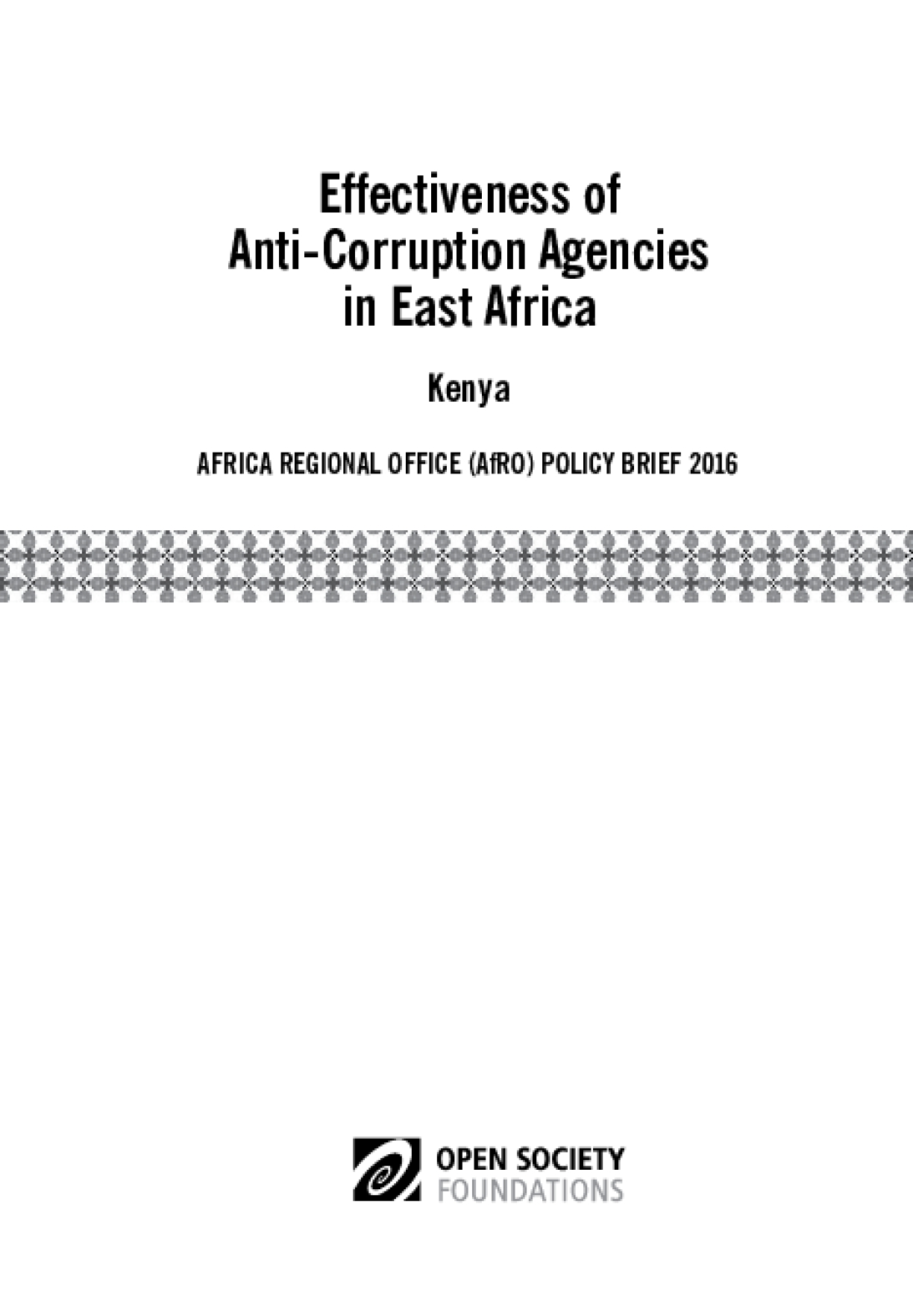