This report presents the findings of an effectiveness review carried out on Oxfam's response to the 2011/2012 food insecurity response in Mali that was undertaken through the application of Oxfam's Humanitarian Indicator Tool. Overall the response scored 45 per cent and met or almost met 4 of the 11 standards.  Although this is below the 60 per cent cut-off point, complicating political instability and conflict need to be taken into account. This intensified needs and contributed to extending the coverage targets. Operational challenges were aggravated further by problems in attracting French speaking staff. Together with lack of preparedness these combined to cause delays, hinder coverage and to under deliver on technical standards. However, the quality of Oxfam's partnerships meant that access to affected populations in Gao was retained after Oxfam staff withdrew due to insecurity. Sudden political changes were also accommodated by Oxfam's advocacy and media teams, which were able to make important inputs and influence the UN and AU's discourse on Mali. 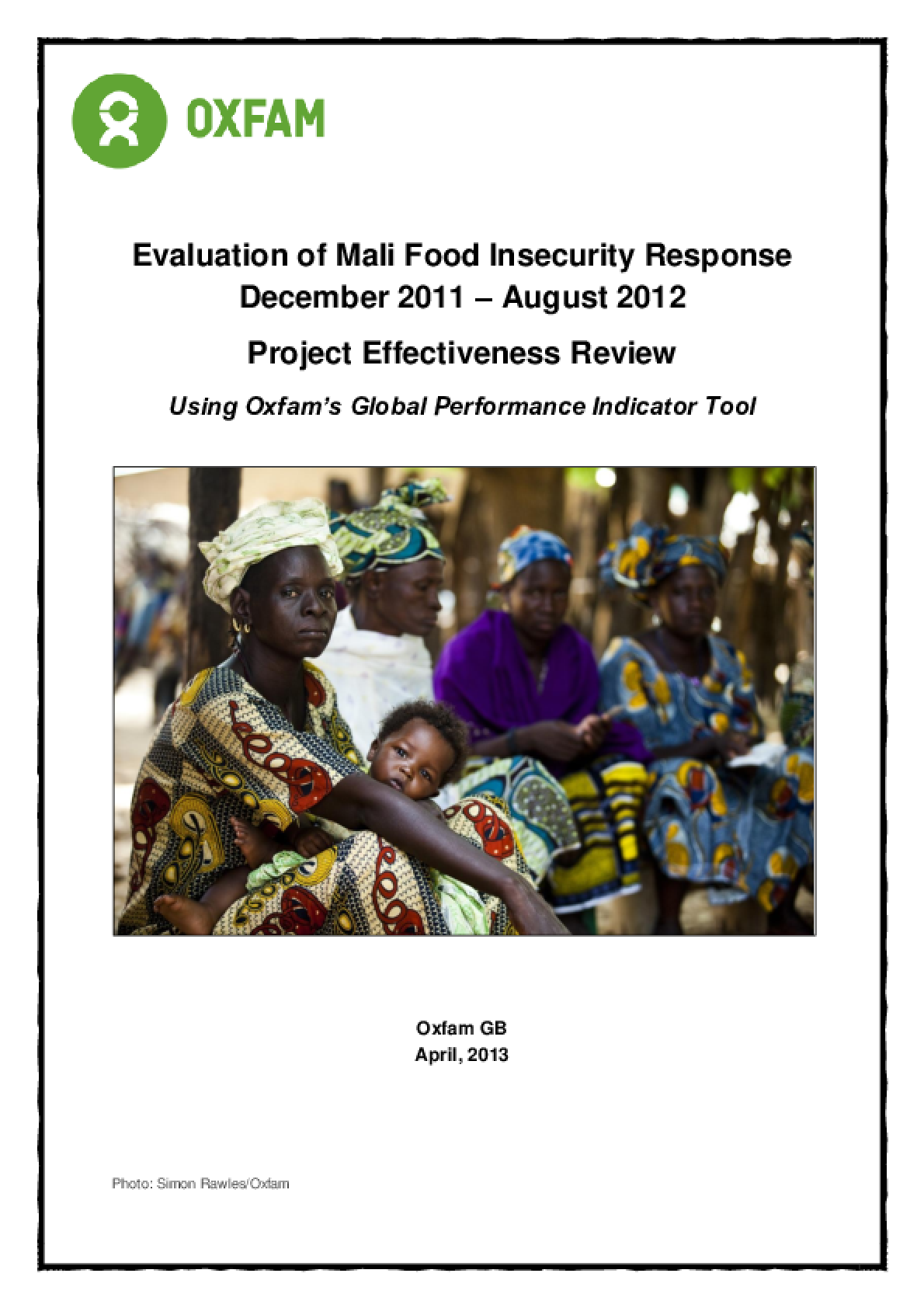