The Effects of High School Organization on Dropping Out

This paper examines the effects of school characteristics on both the probability of dropping out and the strongest predictor of dropping out - absenteeism. The authors employ a sub-sample from the High School and Beyond database which contains results of background questionnaires and standardized achievement tests given in 1980 to approximately 30,000 sophomores in 110 public and private high schools. The students, both those still in school as well as those who had dropped out, were resurveyed two years later. Supplemental school data were also obtained from principal questionnaires. 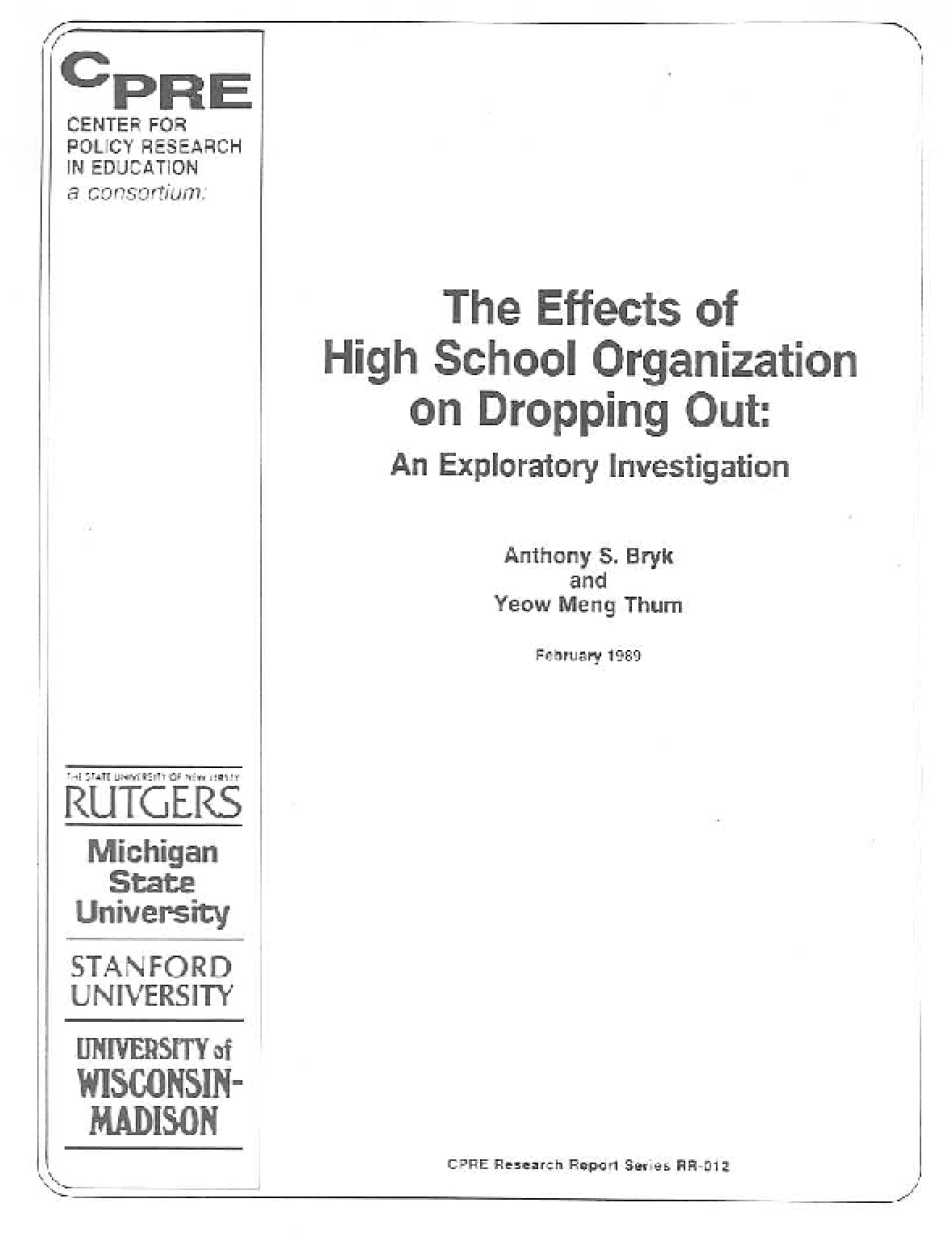