Efforts to Address Gender-Based Violence: A Look at Foundation Funding

Gender-based violence is one of the most insidious and pervasive problems affecting women. Throughout the world, it is estimated that one in three will be raped, beaten, coerced into sex or otherwise abused in her lifetime. While foundation support of work to address gender-based violence has existed for many years, little research has been conducted on the level or type of funding in the United States. Spurred by this paucity of data and analysis together with the importance of recognizing the fifteenth anniversary of the 1994 Violence Against Women Act, the Ms. Foundation for Women undertook a multipronged study to measure the scope, focus and impact of funding in this critical area. Key Grantmaking Findings Key Recommendations 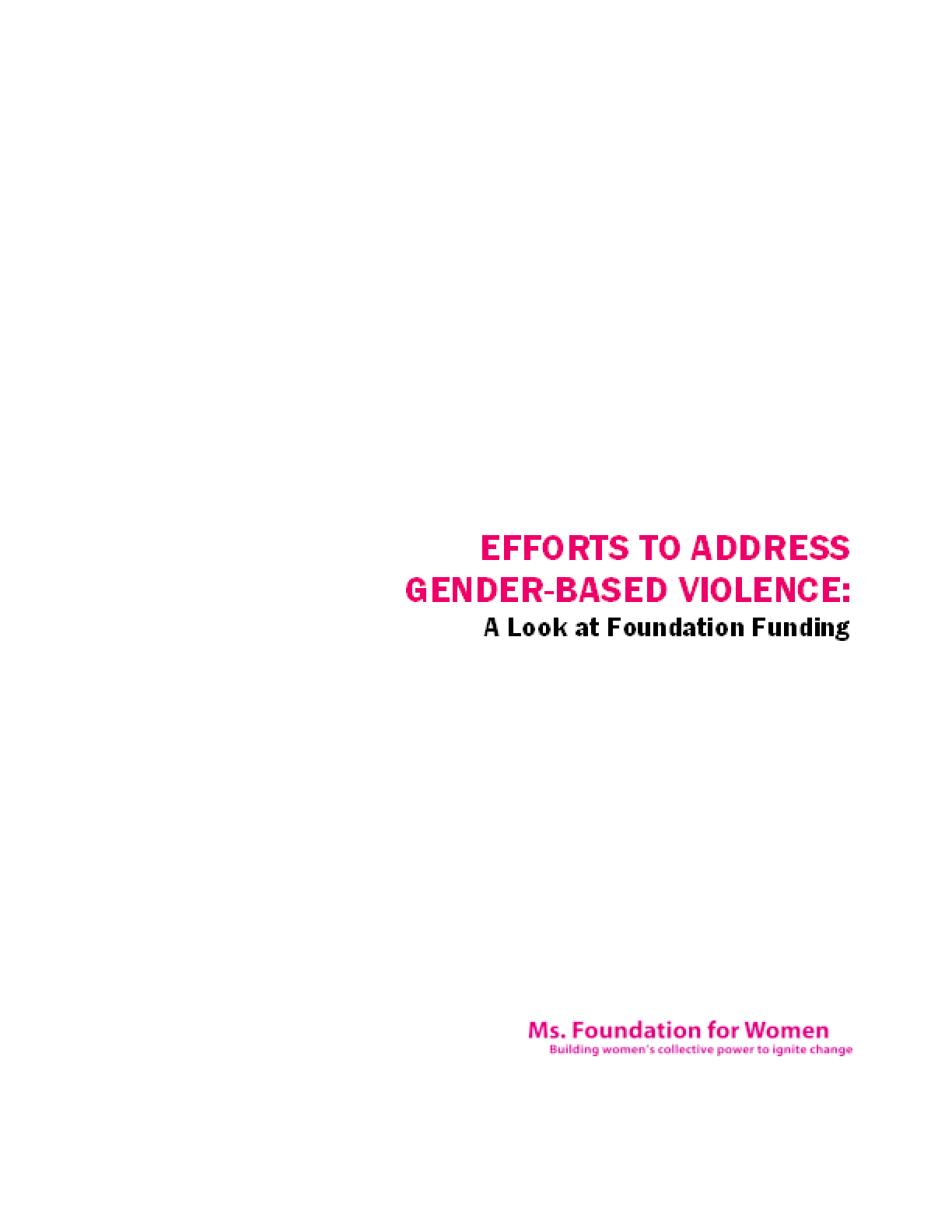