Meta-analysis of quantitative research that explores the particular needs of gay, lesbian, and bisexual high school students and sheds light on the issue of anti-gay harassment in schools. The studies include six statewide surveys, two administered in urban school districts and one conducted in the schools of 55 American Indian tribes. The report looks at the three studies which had been done at the time in which students were asked about experiencing sexual-orientation-based harassment, at the rates as well as the correlates of this type of bullying and violence. It also examines and compares the findings of four studies in which students were asked their sexual orientation and five that asked proximal questions and then used them (alone or in combination with identity) to infer respondents' "actual" sexual orientations. Proximal variables included gender(s) of people with whom the respondent has had sexual experiences, gender(s) of people to whom the respondent feels attraction and/or expects to have sexual experiences, and gender(s) about whom the respondent fantasizes. 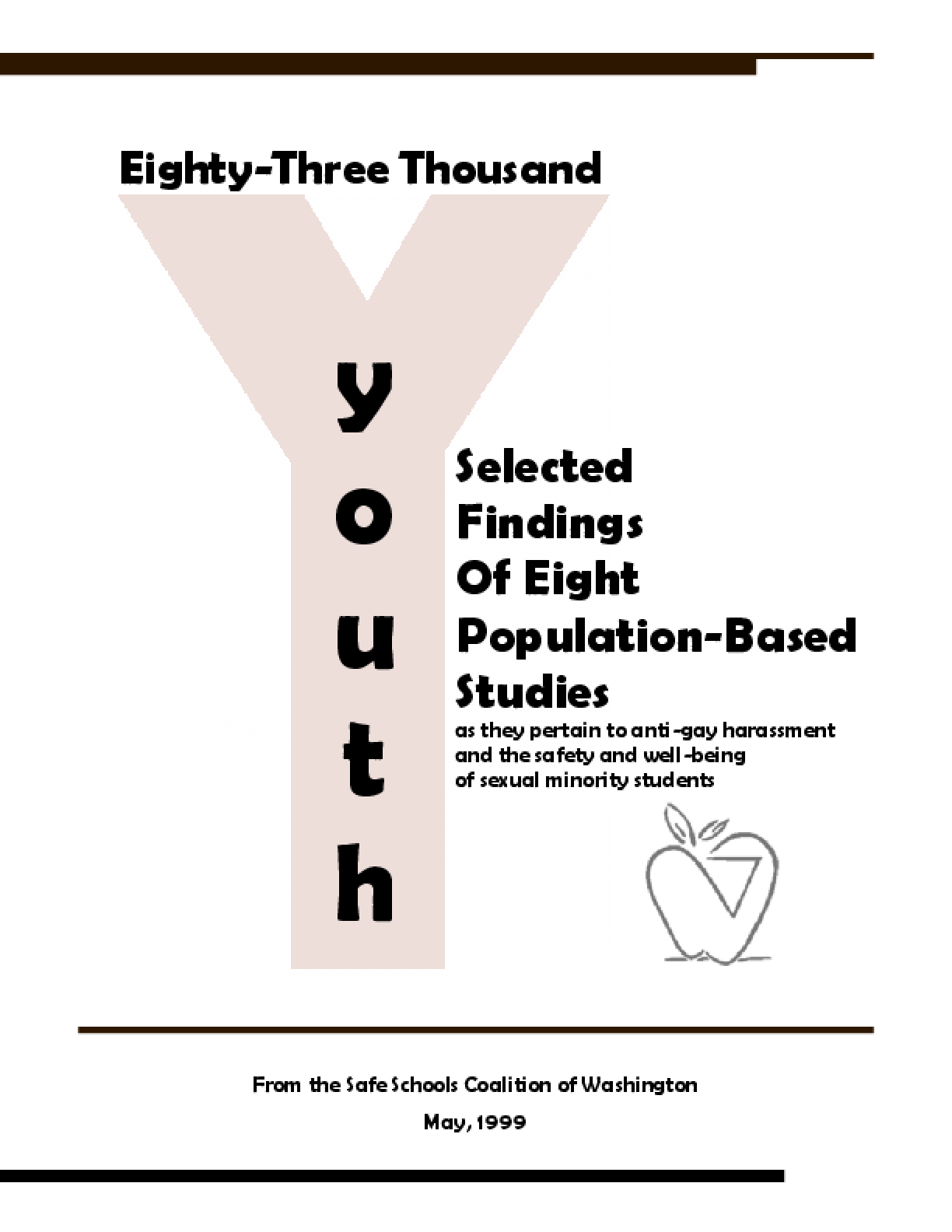