El Salvador is becoming an economic success story in Central America. Since the end of the civil conflict in 1992, which left the country in ruins, El Salvador has transformed its economy by implementing a far-reaching liberalization process undertaken by democratic governments, which has included the privatization of state enterprises, deregulation, trade and financial liberalization, privatization of the pension system, and the adoption of the U.S. dollar as its official currency. According to the Fraser Institute's Economic Freedom of the World Report, El Salvador ranks among the top 25 freest economies in the world. The results of the market reforms are notable: between 1991 and 2007, the percentage of households below the poverty line fell from 60 percent to 34.6 percent. However, official figures point to mediocre average annual per capita growth during the period 1992 -- 2007 -- only 1.9 percent -- which is very similar to Latin America's average of 1.6 percent in the same period. But official figures grossly underestimate the performance of the economy because of flawed measurement. In fact, the economy is probably more than 30 percent larger than indicated by the official data. Accordingly, the average per capita growth rate since 1992 has been approximately 5.2 percent per year. El Salvador still has much to do on its policy agenda. In particular, high crime rates constitute a major hindrance to further growth. This lack of security represents the greatest threat to sustained growth and liberal policies. Nonetheless, the country is showing the rest of the region how economic freedom can pave the way for development and how globalization offers great opportunities for developing countries that are willing to implement a coherent set of mutually supportive market reforms. 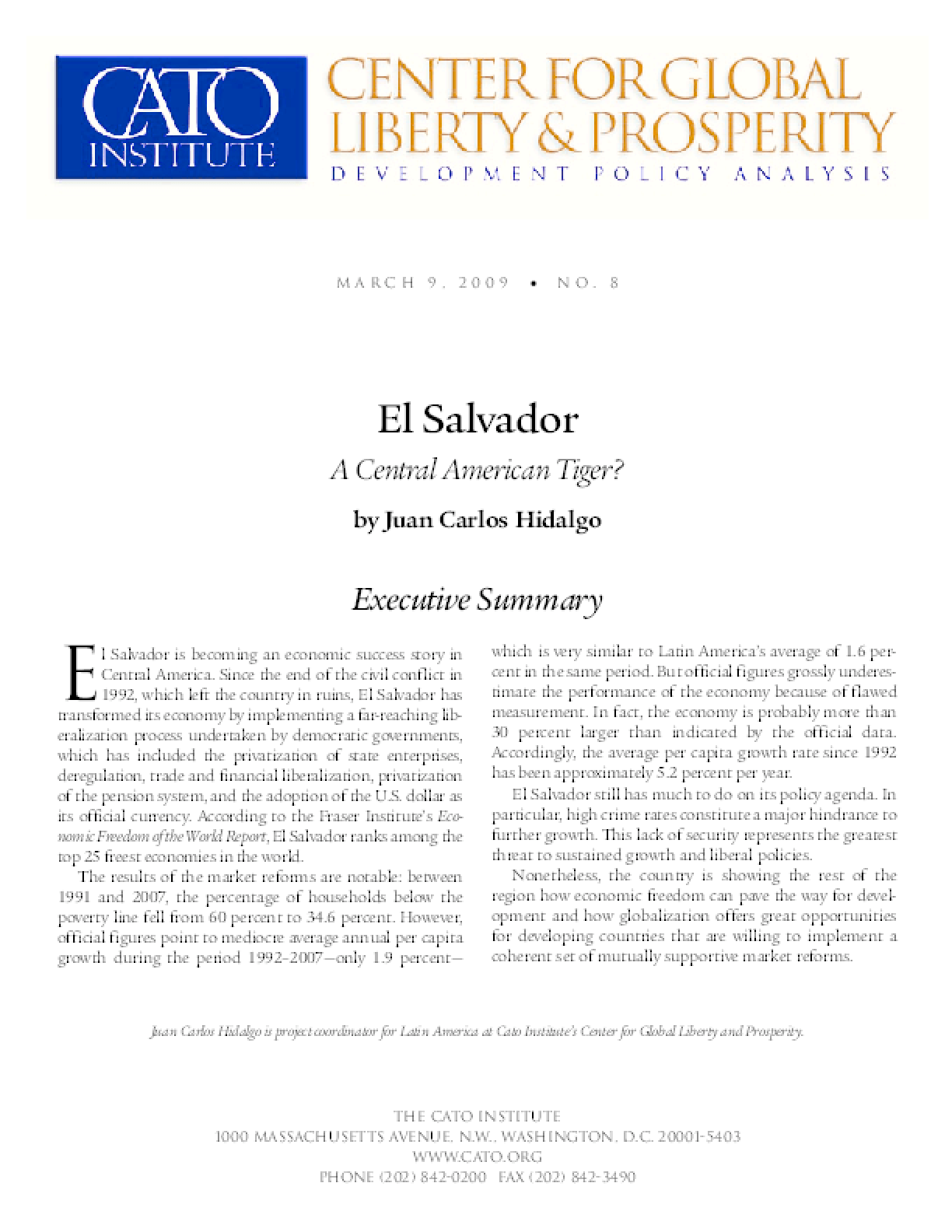