Precincts with fewer poll workers and voting machines and more minorities experienced longer voting lines in the 2012 presidential election, according to a study by the Brennan Center for Justice at NYU, a MacArthur grantee. The study, Election Day Long Lines: Resource Allocation, provides an in-depth look at the relationships between resource distribution, race, and the length of voting lines in Florida, Maryland, and South Carolina. The 10 South Carolina precincts with the longest wait times had, on average, 64 percent registered black voters, compared to 27 percent across the state. The 10 Maryland precincts with the fewest voting machines per voter had, on average, 19 percent Latino voting age citizens, compared to 7 percent across the state. The study also found many precincts did not comply with state requirements for allocating voting resources. 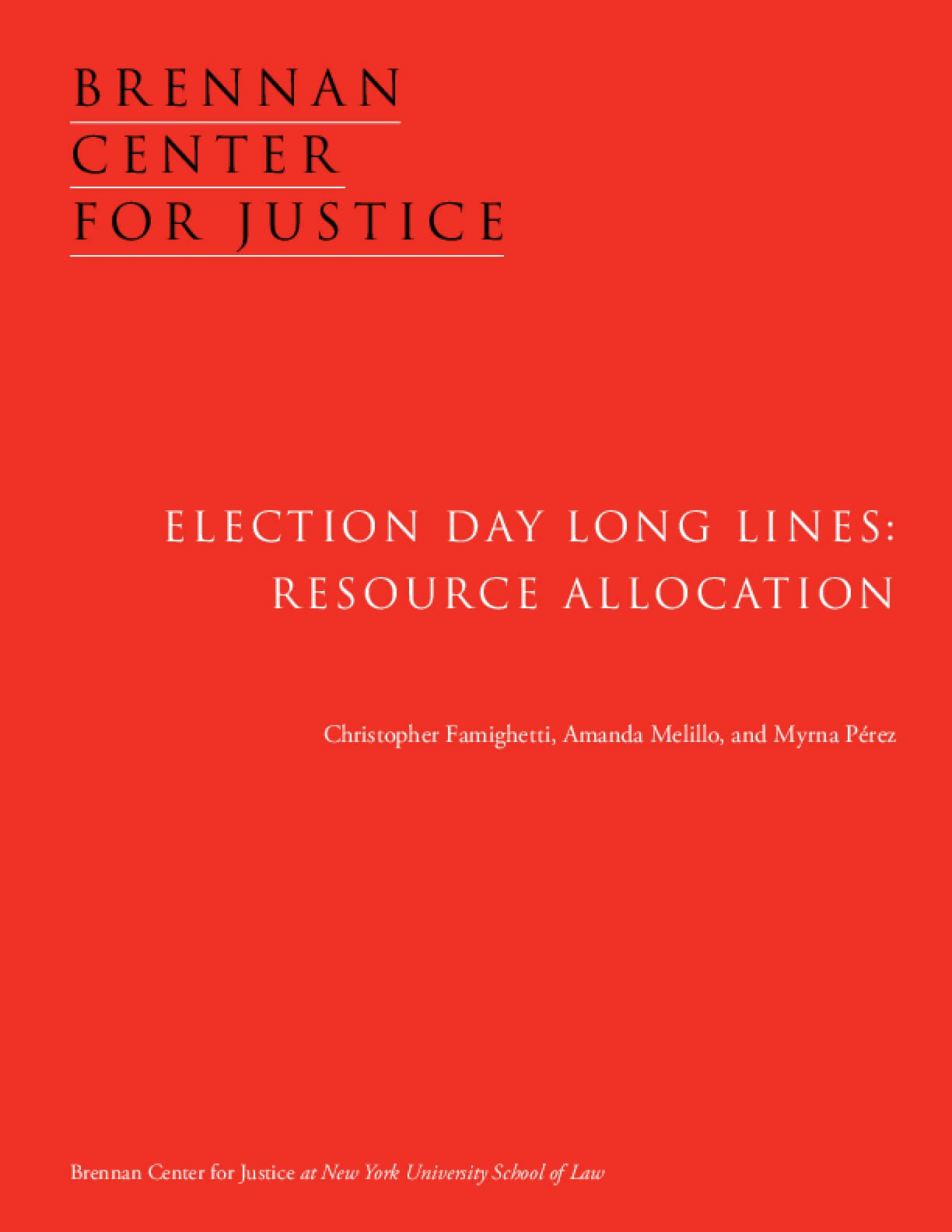