We have analyzed the likely impact on voter turnout should Nebraska adopt Election Day Registration (EDR). Under the system proposed in Nebraska, eligible voters who miss the 18-day deadline for registering by mail may be able to register to vote on Election Day. Availability of Election Day Registration (EDR) procedures should give voters who have not previously registered the opportunity to vote. Consistent with existing research on the impact of EDR in the other states that use this process, we find that EDR would likely lead to substantial increases in voter turnout. This
report presents the following estimates of increases in turnout for Nebraska, and for specific groups of Nebraska citizens under EDR. 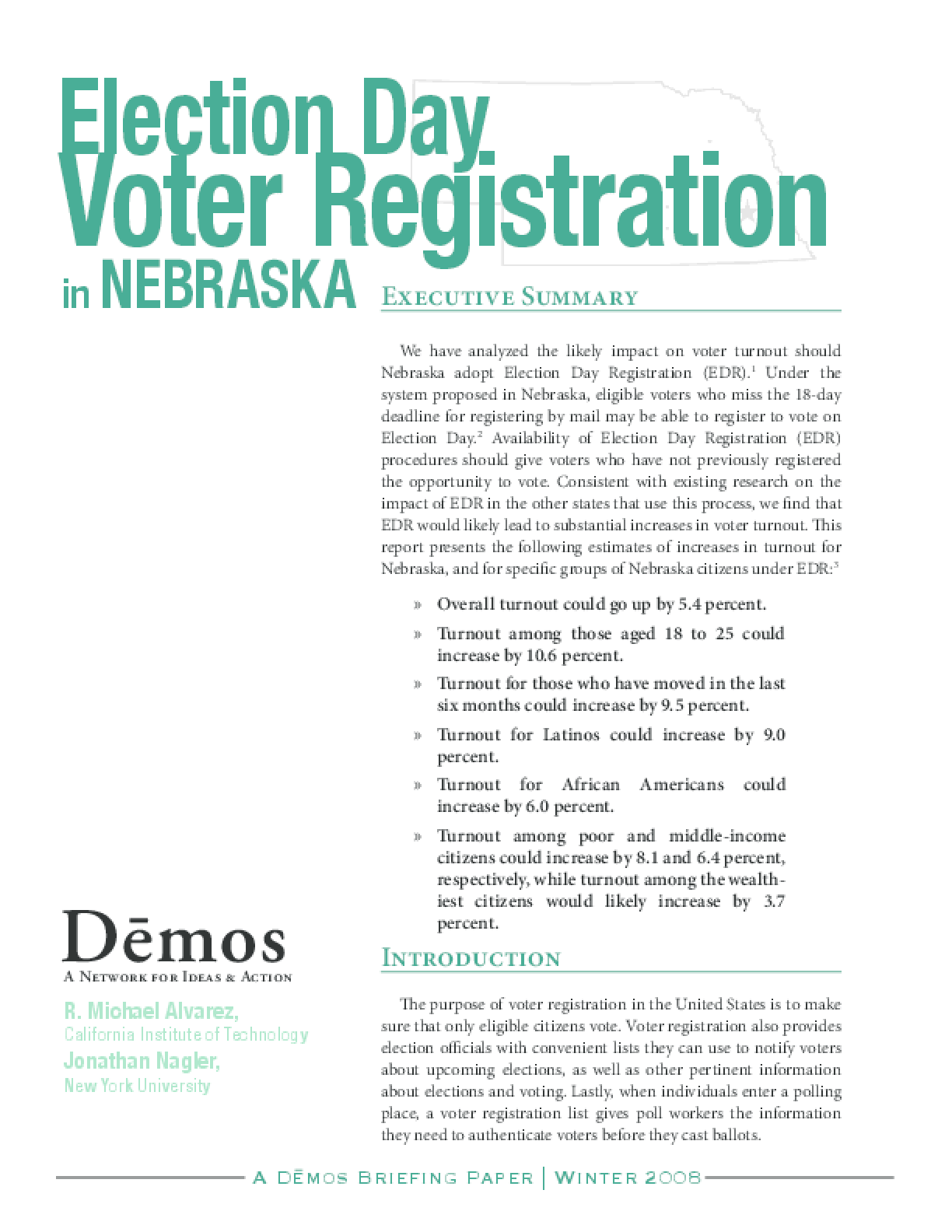