R. Michael Alvarez of the California Institute of Technology and Jonathan Nagler of NYU analyze the likely impact of Election Day Registration on voter turnout in New Mexico. Among the findings: 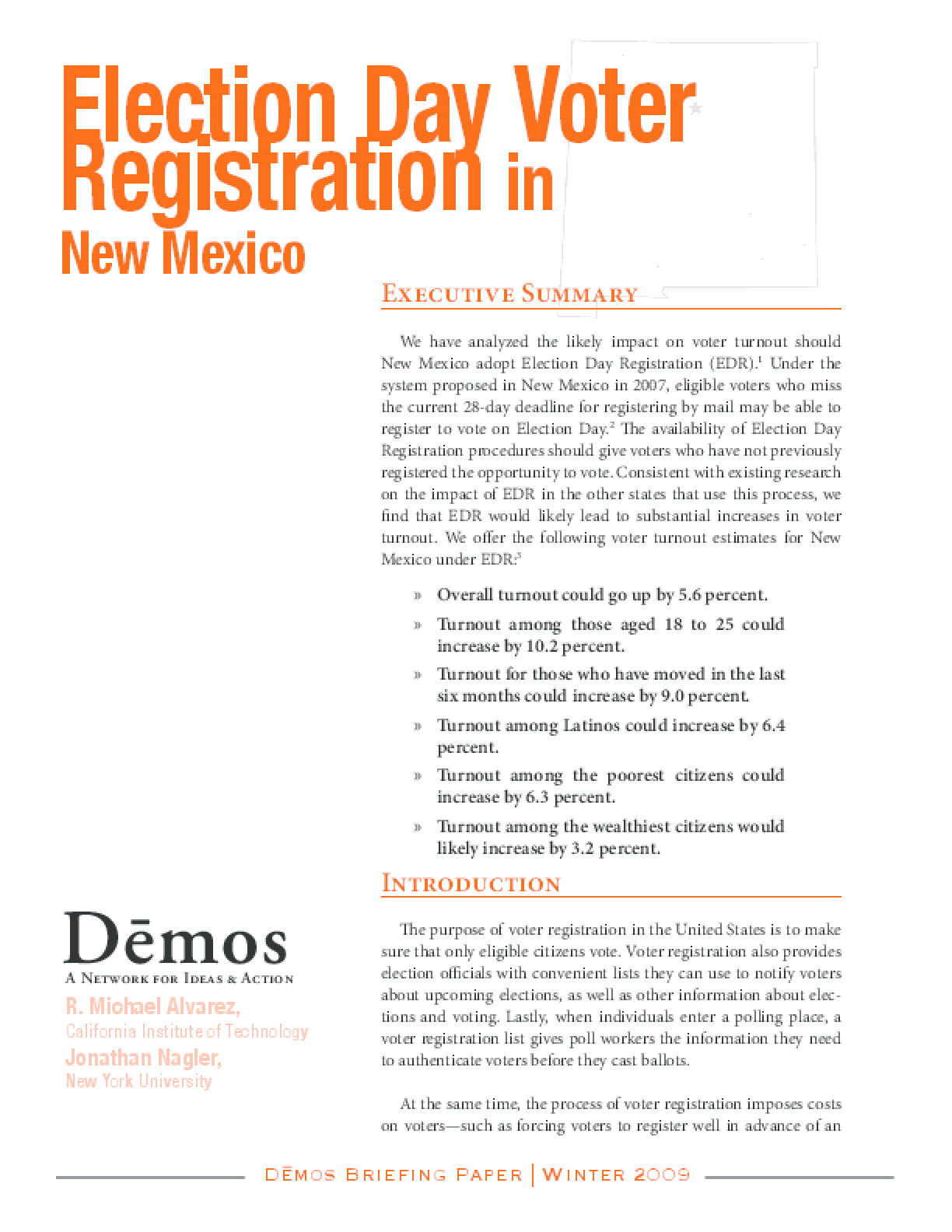