Elements of Success in Welfare to Work Programs: Programmatic and Policy Recommendations

An analysis of eight welfare-to-work programs between 1998 and 2000 in Chicago to identify successful program elements, isolate barriers to employment presented by participants, and make recommendations for welfare reform policy. The programs were both large and small, of both long and short duration, and provided a variety of services, from vocational training to shorter job placement-focused activities. By reviewing quantitative findings within the context of qualitative data gathered through staff and participant interviews, we have identified elements of successful programming and welfare policy recommendations that flow from them. Sample Demographics: Our sample consisted of 843 participants in these eight programs over the two-year period. -- The mean number of children across the sample was 2.57. -- 46.7% had earned a high school diploma or GED. -- Average reading levels were 7.70 and 6.46 for math. -- 81.5% of the sample had been employed at some point prior to entering the program. -- The average length of time on welfare was 6.97 years. Employment Rates and Drop Rates: Analyzing all those participants who showed up at the programs after intake, the employment rate was 56.1% and the drop rate was 43.9%. Those who found employment were younger, had a slightly lower average number of children, and slightly more had been ever employed prior to entering the program. Reasons for Program Drop Outs: The four most commonly cited reasons for drop were child care, health, substance abuse, and low literacy. Child care drop outs were on average older, more poorly educated, and less likely to have been employed in the past. Almost half the child care drop outs had school age children in addition to younger children, giving rise to the hypothesis that they had difficulty in finding child care for so many different age groups. Nearly 80% of the health problems involved the health of the participant rather than other family members. Women who dropped out due to health problems had higher literacy and numeracy levels than the overall sample, as well as a much longer average time on welfare (11.95 years versus 6.97 years). Fewer participants with health problems had ever been employed (75.6%) compared to the overall sample (81.7%), indicating that these health problems have and continue to be employment barriers. Substance abusers dropped out later in the program than other drop outs. They too have been on welfare for a longer time than the overall sample- 8.67 years versus 6.97 years. Since their average employment history was about the same as the overall sample, it is likely that substance abuse causes participants to lose successive jobs, a factor that is associated with longer stays on welfare. Participants who dropped out due to low literacy had average reading scores of 4.54 and math scores of 3.96, considerably lower than the overall sample, and had longer years on welfare (8.34 compared to 6.46 for the entire sample). In addition, they had been employed far less than the sample (55% compared to 81.7%), indicating that their low literacy presented a significant barrier to employment. 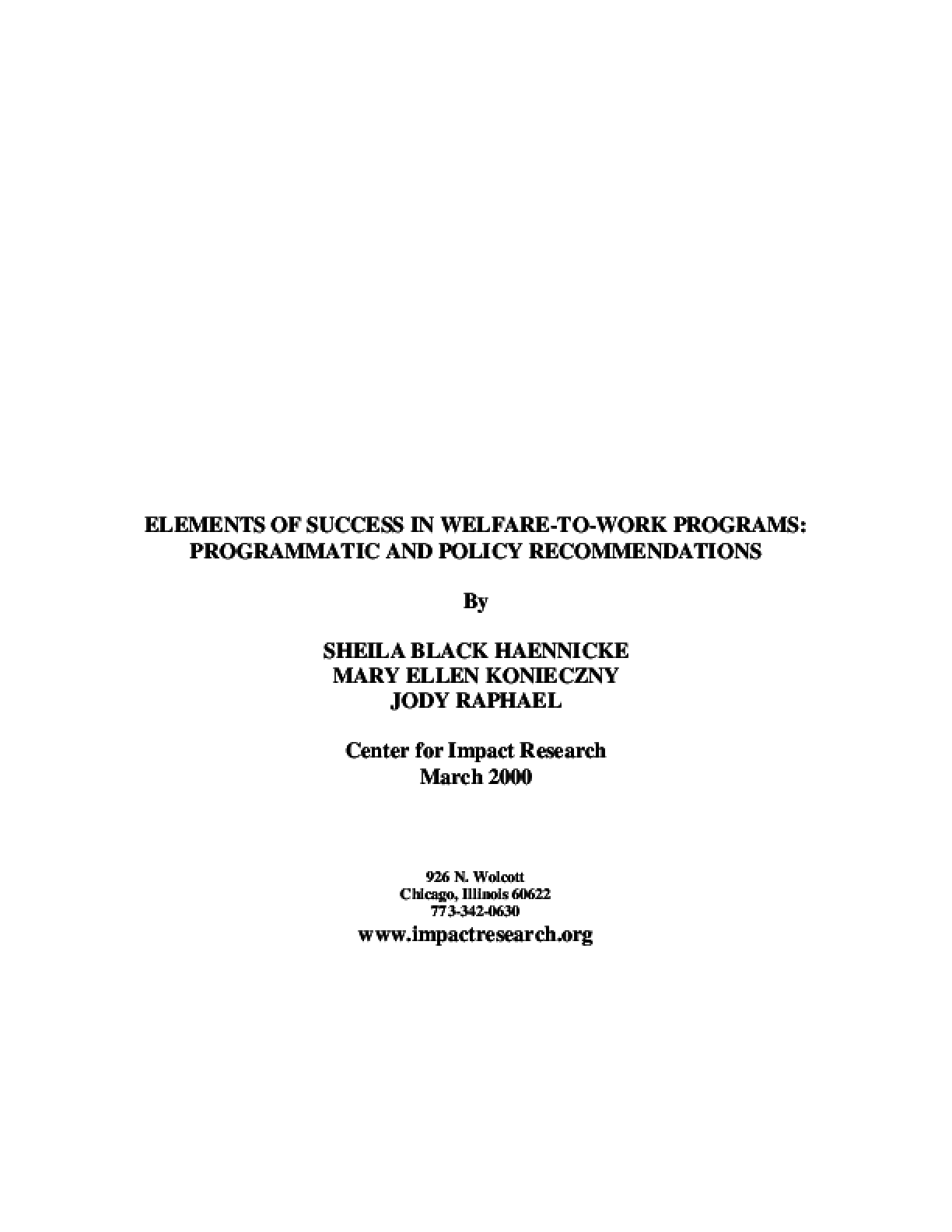