This paper finds that employers steal billions of dollars from American workers' paychecks each year, causing harm for working families, taxpayers, and the U.S. economy.

While wage theft is difficult to measure and can occur in many forms, this report assesses one straightforward, identifiable type of wage theft: workers being paid less than the minimum wage. Using Current Population Survey data, the authors analyze minimum wage violations in the 10 largest U.S. states, finding that nearly one fifth of low-wage workers in these states are being cheated by their employers. 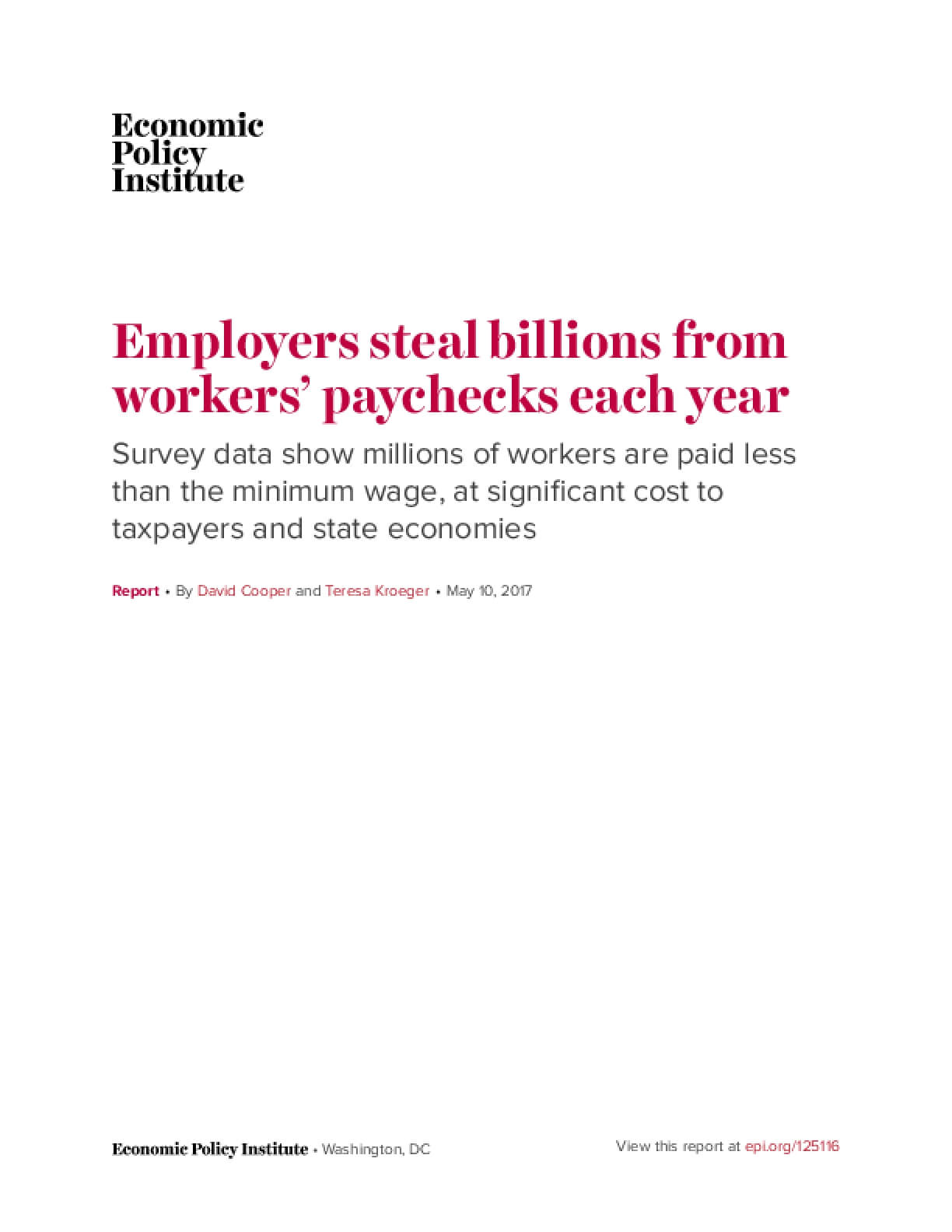