Employment Needs of Foster Youth in Illinois: Findings from the Midwest Study

Far too many of the young people who age out of foster care in Illinois fare poorly in the labor market during their transition to adulthood. Since the John H. Chafee Foster Care Independence Program was created in 1999, it has been providing states with funds to help foster youth making the transition to adulthood achieve self-sufficiency. A major purpose of the program is to ensure that youth who remain in foster care until age 18 or older "receive the education, training and services necessary to obtain employment." Unfortunately, the limited research that has been done on young adults who "aged out" of foster care has found that their labor market outcomes are generally quite poor. This study describes what Illinois young people told us about their current and prior participation in the labor force, including work-related training or services they received. Throughout the report, we make comparisons between the young people who were under the care and supervision of the juvenile court in Cook County (hereafter referred to as the Cook County sample), and the young people who were under the care and supervision of juvenile courts in other counties (hereafter referred to as the Other Counties sample). Although most had some work experience, they had difficulty staying employed. Moreover, despite the fact that the percentage of young people who were working was greater than the percentage who were not, most of those who were employed were not working at a job that paid a living wage. The Foster Care Independence Act specifically mentions employment-related services and supports as being among the types of assistance that states should use their Chafee funding to provide. At baseline, when these young people were age 17 or 18, only 63 percent reported having received at least one service or support to help prepare them for employment. Unfortunately, the percentage of young people who reported receiving services or supports to prepare them for employment fell over time. 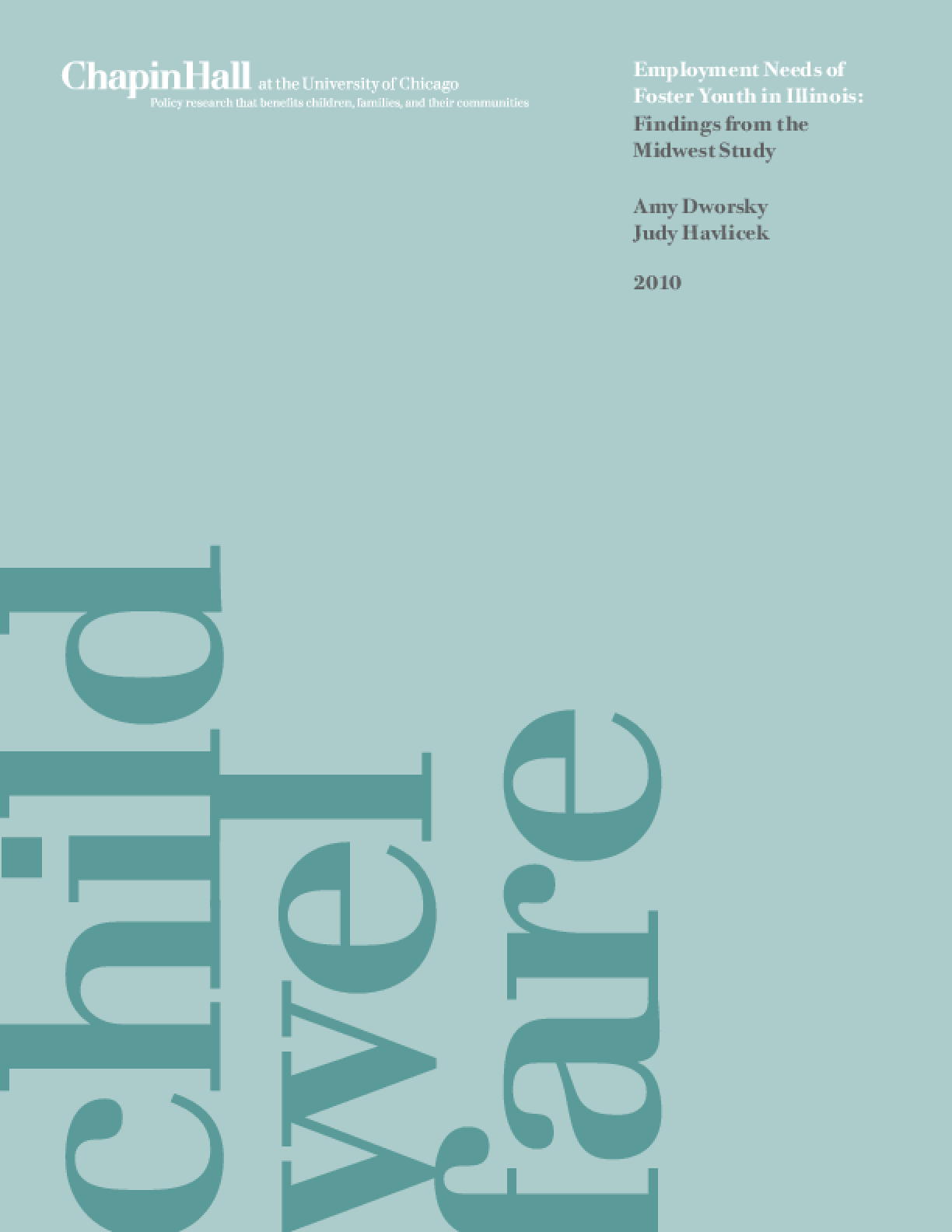