Empty Promises: A Case Study of Restructuring and the Exclusion of English Language Learners in Two Brooklyn High Schools

Since 2002, the New York City Department of Education (DOE) has attempted to reverse the city's severe drop-out crisis through a large scale restructuring of high schools, focused mainly on closing large, comprehensive high schools and replacing them with small high schools that offer a more personalized learning environment. Unfortunately, this reform effort initially included a policy that allowed new small schools to exclude English Language Learners (ELLs), and many small schools still do not provide the programs that ELLs need. Lack of access to new and promising programs is reflected in ELL performance data. While the City's overall graduation rate climbed to 52.2% in 2007 from 46.5% in 2005, the rate for ELLs dropped from 28.5% to 23.5% over the same period. 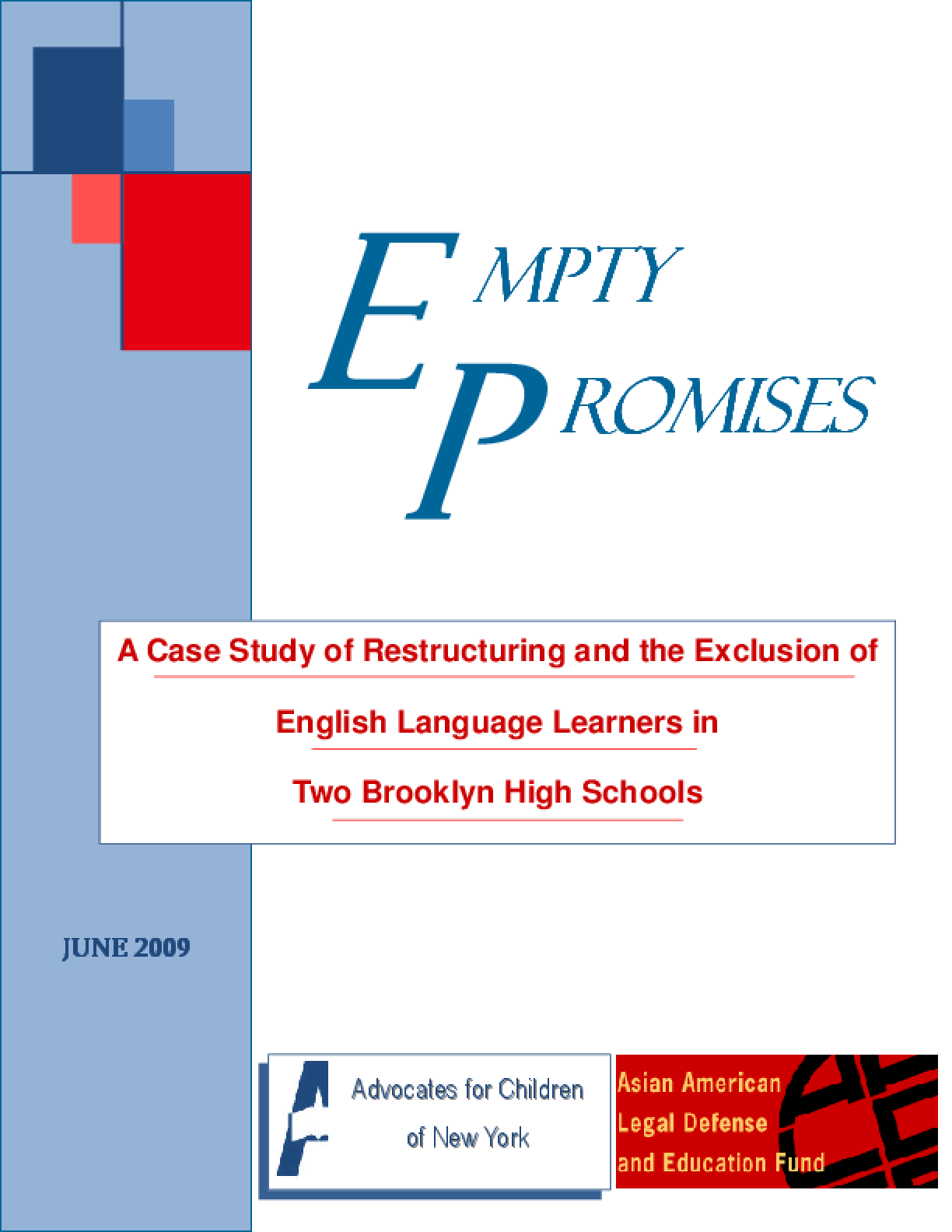