Empty Seats: Addressing the Problem of Unfair School Discipline for Boys of Color

Boys of color are impacted more heavily by harsh discipline policies in schools -- also referred to as "zero tolerance" policies -- than their white peers. This disparate treatment has consequences for students' lifelong outcomes. As schools seek to lower dropout rates and improve graduation rates, they must evaluate the role of discipline reform in keeping boys of color connected to school and learning. 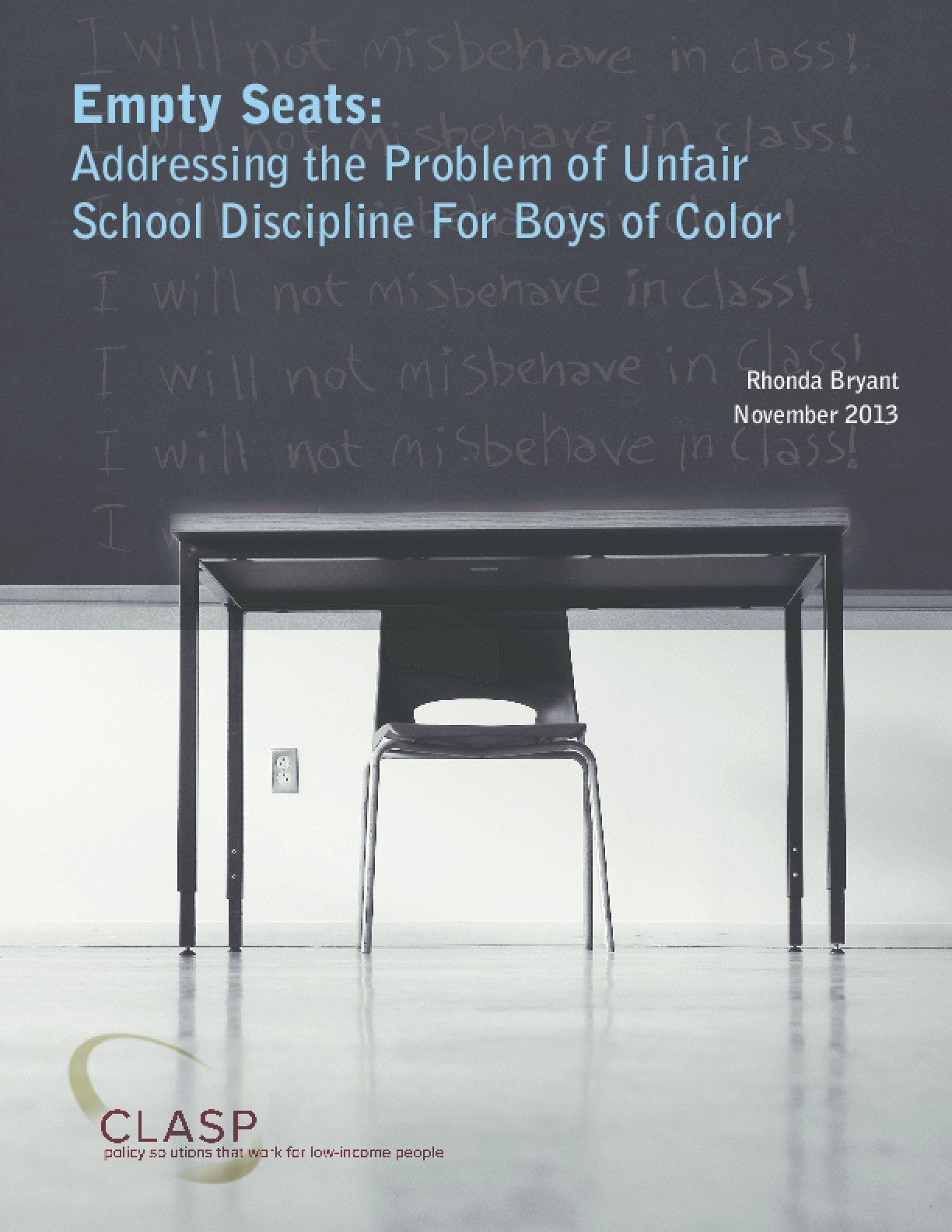