Though Montgomery County is listed as the 20th wealthiest county in the United States and has been ranked the 9th Best Place to Raise a Family by Forbes Magazine, it has seen an extraordinary increase in eligibility for food stamps. Such an increase suggests that families are struggling to pay for food and other basic needs. Food insecurity, known as the lack of access to enough food for an active and healthy life, is associated with an increase in developmental risk, risk of poor health, and poor school performance. Food insecurity is also associated with increased rates of maternal depressive symptoms, exposure to childhood violence, and stress disorders. This report provides a preliminary needs assessment regarding food insecurity and hunger for Montgomery County by utilizing multiple data sources, connecting with key stakeholders, and understanding the immediate and long-term needs of low?income families. It describes a variety of measures for food insecurity and food hardship, showing that approximately 16% of children were food insecure in Montgomery County in 2011. For potentially more severe forms of food insecurity, where people cut the size of their meal due to lack of money, the overall rate rose from 5.0% in 2004 to 8.6% in 2010. Increases in this rate were more pronounced in Pottstown and Norristown compared to the North Penn area. Clearly, efforts at protecting vulnerable citizens in the North Penn area have helped to limit the negative effects of the recession. 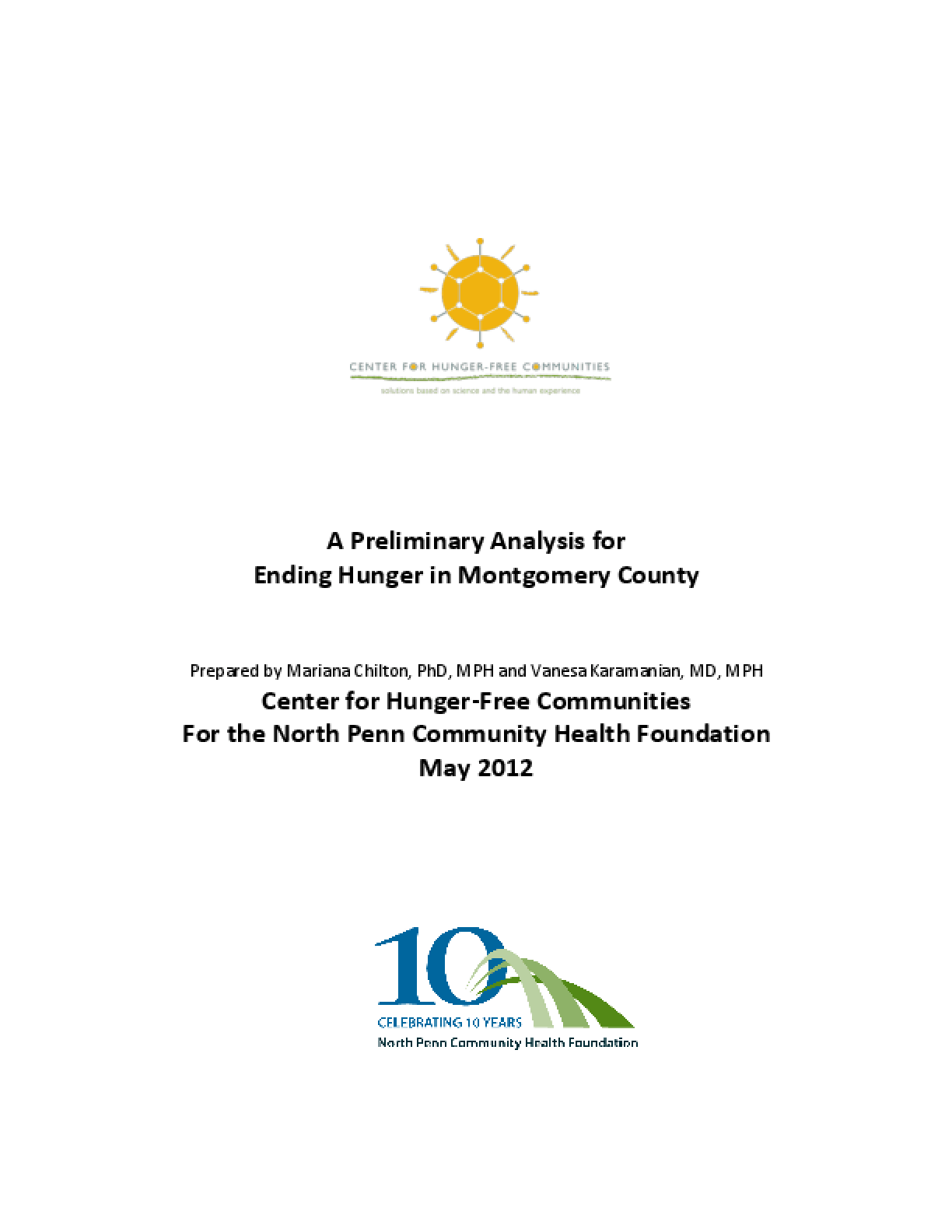