Different world languages have a lot of contact with each other and have had different influences on one another. Cognates, words which are similar across two or more languages in some aspects, especially with regard to pronunciation, portray an interesting and relevant aspect of foreign/second language translation and research. This study intended to identify a type of cognate words called false cognates in Persian and English, words which have the same form in two languages but represent different meanings, and tried to study and determine the historical relations between English and Persian words. It also aimed to trace their route back from Proto Indo-European languages to the modern languages. To this end, the related literature was gone through and a sufficient corpus of information has been revealed. Afterwards, authentic monolingual dictionaries in both Farsi and English languages were consulted to provide definitions for the cognates and allow for their cross-linguistic comparison. The findings revealed that most of such problematic cognates with different meanings in Farsi and English as found through this study are likely to be confusing and deceptive for Farsi-speaking EFL learners. The findings also pointed to the need for this line of research to receive more scholarly attention. The study of true and false cognates has some implications for contrastive analysts, error analysts, translators, translation theorists, foreign language teachers, curriculum designers, as well as lexicographers and lexicologists. 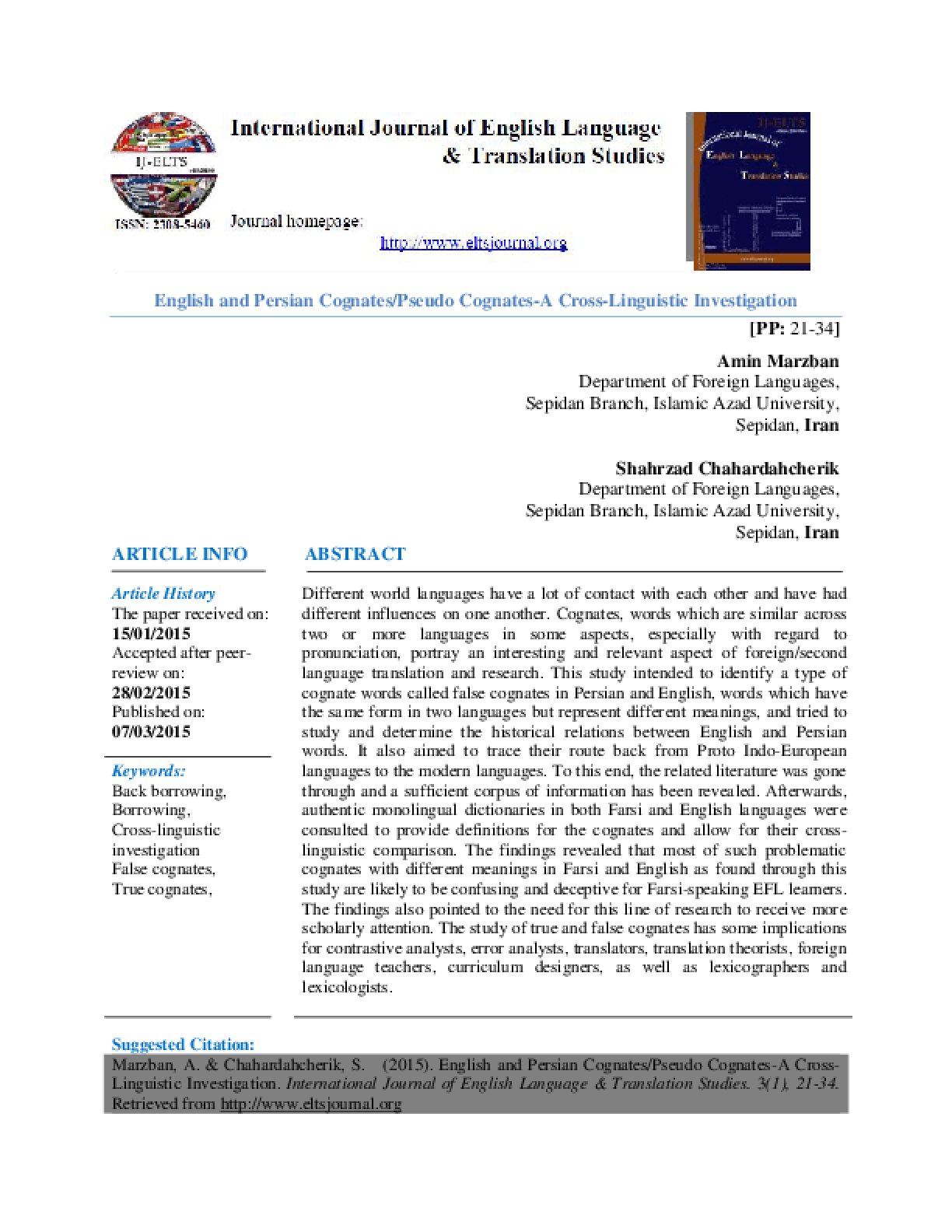