The Department of the Interior is required to manage public lands, including the coal, oil, and gas they contain, "to benefit Americans now and in the future." Right now, Interior is beginning to look at how to reform elements of its federal coal program. A new report by the Carbon Tracker Initiative has analyzed the coal program in the context of what it means for our climate, and the conclusion is clear: Interior should make the moratorium on new coal leases permanent.

The lands Interior manages include our national parks, which are celebrating their centennial, and which exemplify the idea of managing natural resources for the benefit of both current and future generations. When it comes to fossil energy resources, by contrast, Interior's actions have primarily benefited fossil fuel companies. Now the agency has the chance to change course and get it right. It is becoming abundantly clear that going forward, this means keeping fossil fuels in the ground.

Protecting Our Climate Is More Important than Subsidizing Coal

Earlier this year Interior Secretary Sally Jewell directed the Bureau of Land Management (BLM) to conduct a systematic review of its coal leasing program, and put a moratorium on new coal leases in the interim – an important step toward improving the management of our fossil fuel resources. The Department has asked for public comment on what should be included in this review by July 28th.

A central feature of the review should be to examine the coal program in the context of the climate goal the United States – and more than 170 other countries – adopted in the Paris Agreement to determine what, if any, level of coal production from public lands is compatible with holding global warming to well below 2°C above pre-industrial levels.

NextGen Climate America asked Carbon Tracker to rigorously examine this question. The results are in and the answer is clear: If we are serious about limiting global warming to well below 2ºC, no new federal coal leases will be needed as coal ceases to be a major source of electricity in America. In fact, we have already leased more coal than we can afford to burn.

The obvious conclusion is that the coal moratorium needs to be made permanent. For existing and past leases, Interior needs to enforce the law requiring mining companies to contemporaneously reclaim disturbed land to functional pre-mining conditions, and charge royalties that reflect the full social cost of extracting and burning coal rather than leaving it in the ground. 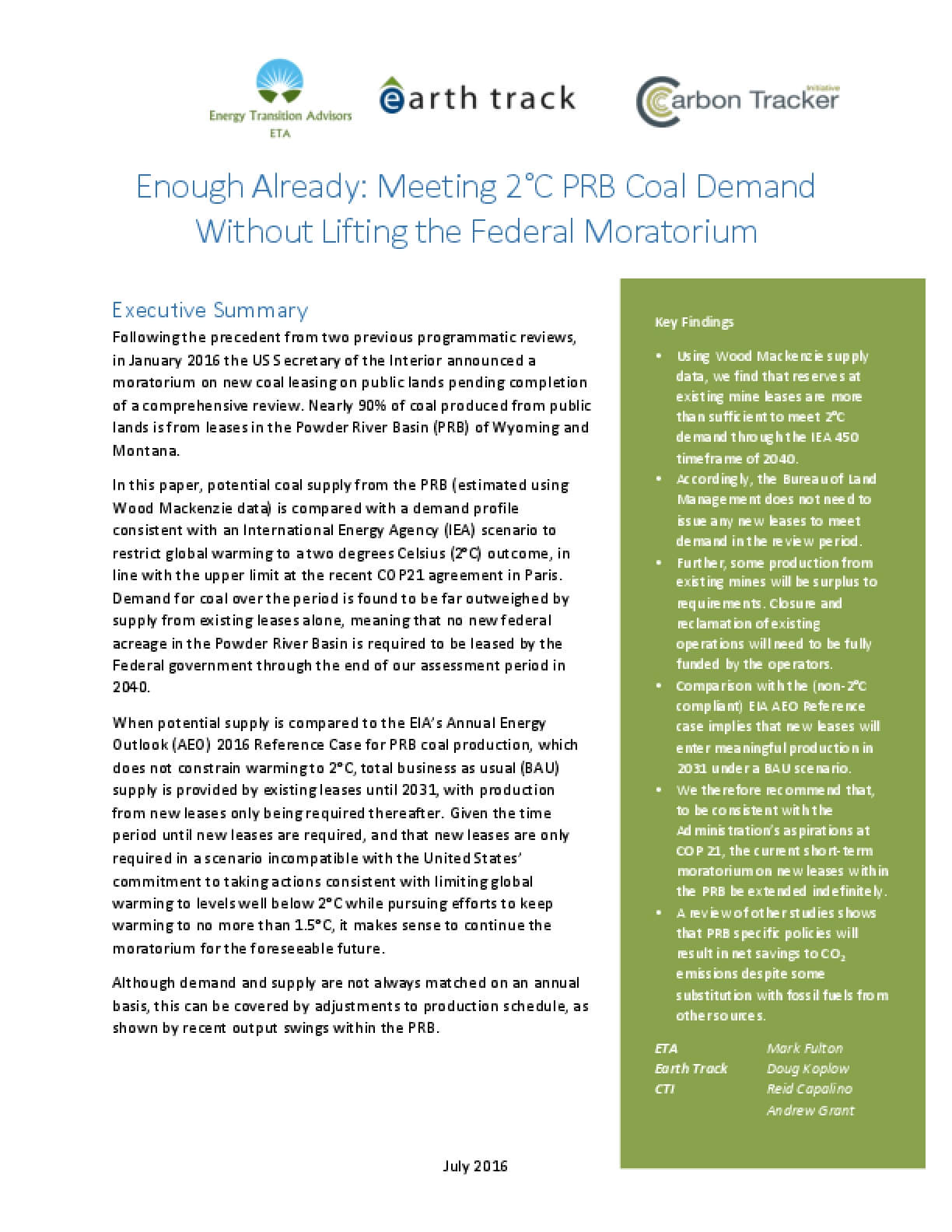