This report reviews an important aspect of the Democratic Presidential nomination process in 2020: the advantages of increasing early access to voting, and the unintended consequence it creates for some early voters losing the chance to cast an effective vote.

This report lifts up the experience of state parties that avoided that problem by offering ranked choice voting (RCV) ballots. Alaska, Hawaii, Kansas, and Wyoming successfully introduced RCV ballots for all voters, while Nevada used RCV ballots for early voting. This greatly increased the numbers of votes that counted toward candidates earning delegates. Implemented nationally, ranked choice voting ballots likely would have resulted in over four million more Democratic voters having a direct effect on the contest. The Democatic National Committee has an opportunity to support this innovation and ensure votes count in 2024 and beyond. 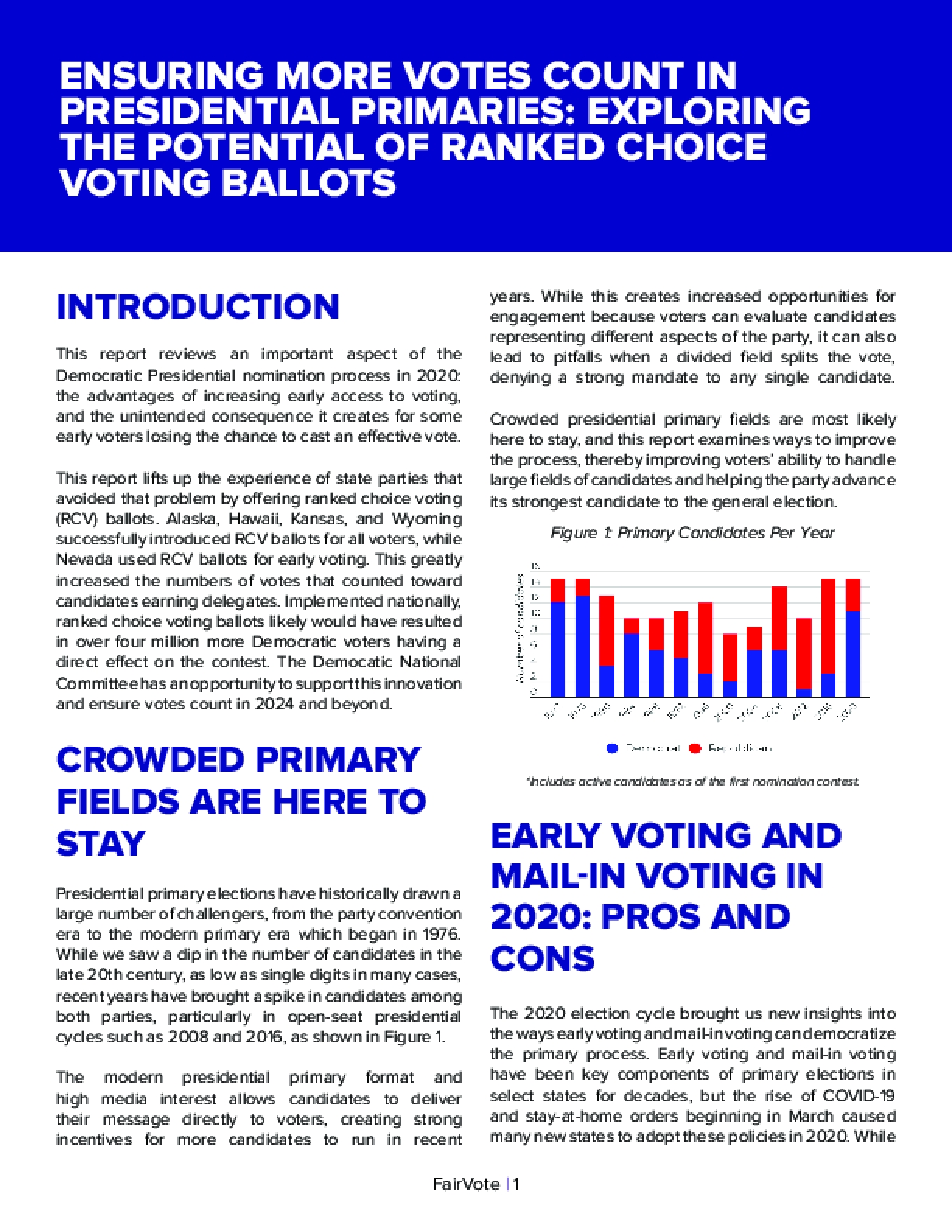