The Southern Africa Trust would like to thank the research team that was led by Bhekinkosi Moyo of TrustAfrica. He was assisted by Che Ajulu; Michele Ruiters and Nhamo Samasuwo of the Institute for Global Dialogue. The lead researcher wishes to thank Michele and Che for reading and commenting on the preliminary report. From Southern Africa Trust, appreciation goes to Neville Gabriel, Barbara Kalima- Phiri and Thembinkosi Mhlongo, who gave valuable support and input into the study. The study would not have been possible without the participation of various respondents throughout southern Africa and the rest of the continent. The Southern Africa Trust also extends its gratitude and appreciation to delegates who participated in the first-ever dialogue meeting between CSOs and the Pan African Parliament in May (7-8) 2007 at the margins of the 7th Session of the Pan African Parliament. Their contributions have been integrated into the report. 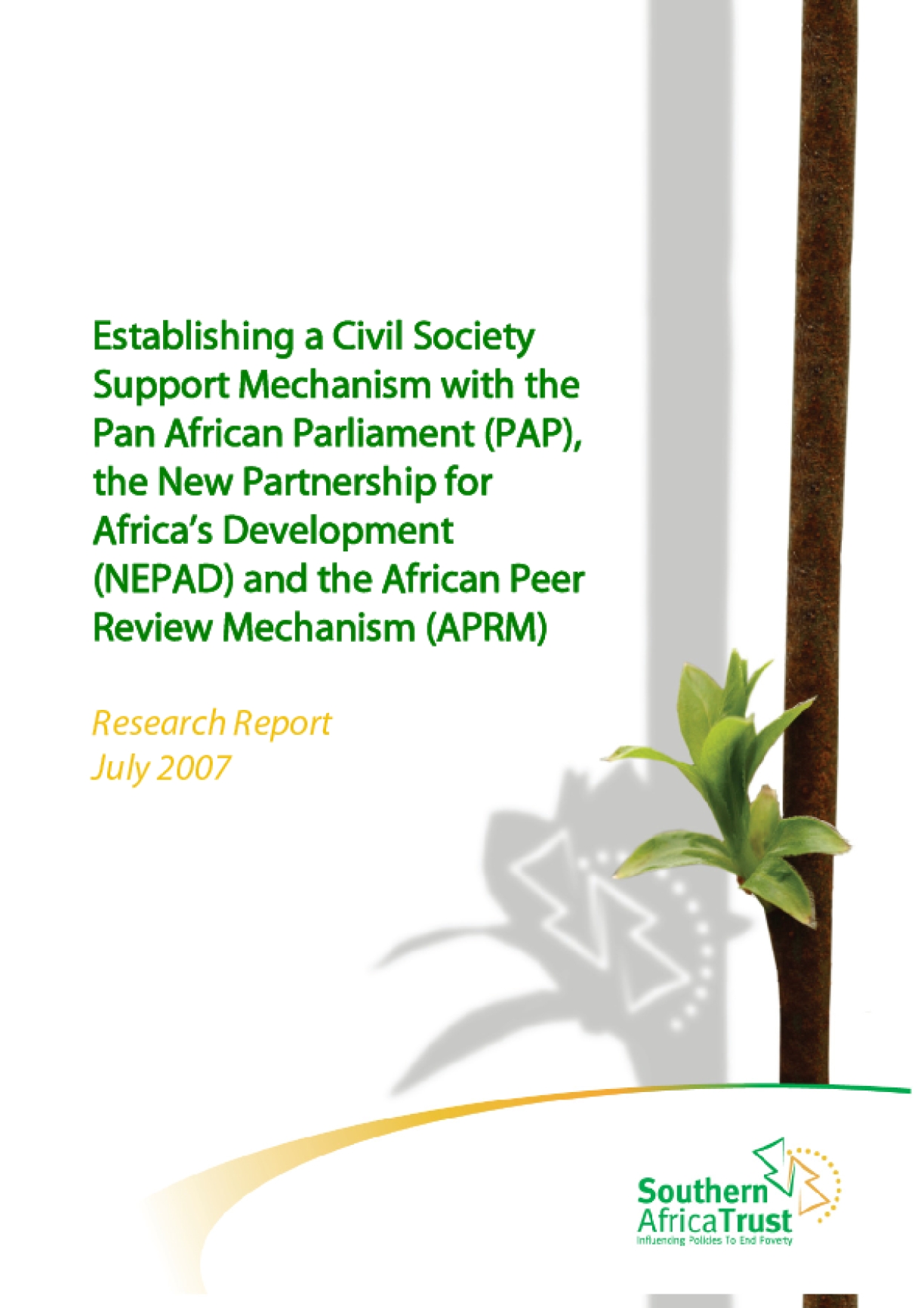