Estimated Percentage of Females Who Will Become Teen Mothers: Differences Across States

An estimated 18 percent of females nationwide will become teen mothers, according to this Child Trends research brief. The brief also finds that states vary widely in the estimated percentage of females who will have a baby before the age of 20, ranging from 8% in New Hampshire to 30% in Mississippi. Additional findings:

--The 2006 estimated percentage of females who will have a teen birth is slightly higher than the 2005 estimate of 17 percent, which reflects a recent increase in the teen birth rate between 2005 and 2006.

--For the nation, the estimated percentage of females becoming teen mothers declined from 25 percent in 1991 to 17 percent in 2005, reflecting a drop in teen birth rates during this period.

--State-level rankings on the likelihood of becoming a teen mother mirror traditional state rankings based on teen birth rates, but are not identical due to differences in the age-specific birth rates and the population distribution within each state. 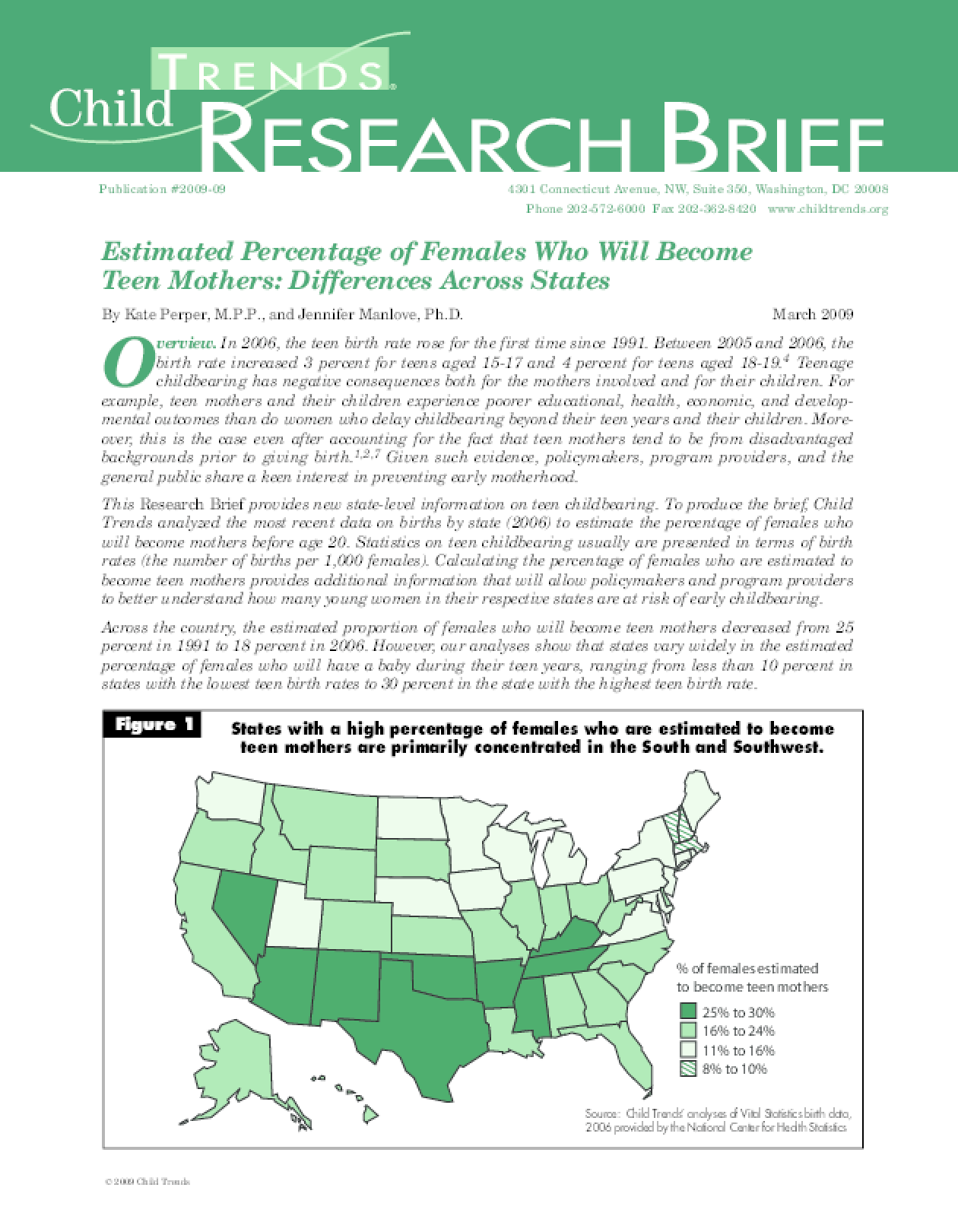