As part of a wider enquiry into the feasibility of offset banking schemes as a means to implement pollutant trading within Georgia watersheds, this is the second of two reports addressing the issue of estimating costs for upgrades in the performance of phosphorus removal in point-source wastewater treatment facilities. Earlier, preliminary results are presented in Jiang et al (2004) (Working Paper # 2004-010 of the Georgia Water Planning and Policy Center). The present study is much more detailed and employs an advanced software package (WEST®, Hemmis nv, Kortrijk, Belgium) for simulating a variety of treatment plant designs operating under typical Georgia conditions. Specifically, upgrades in performance, in a single step, from a plant working at an effluent limit of less than 2.0 mg/l phosphorus to one working with limits variously ranging between less than 1.0 mg/l to less than 0.05 mg/l phosphorus are simulated and the resulting costs of the upgrade estimated.

Five capacities of plant are considered, from 1 MGD to 100 MGD. Three strategic, alternative designs for the facility are considered: the basic activated sludge (AS) process with chemical addition, the Anoxic/Oxic (A/O) arrangement of the AS process, and the Anaerobic/Aerobic/Oxic (A/A/O) arrangement of the AS process. Upgrades in performance are consistent with the logical alternatives for adapting these options. Cost comparisons are made primarily on the basis of the incremental cost of the upgrade, i.e., from the base-case, reference plant to that performing at the higher level, as expressed through the incremental Total Annual Economic Cost (TAEC; in $) and the marginal unit cost of phosphorus removal, expressed in ($/kg).

For the most stringent upgrade, for example, to a plant generating an effluent with less than 0.05 mg/l phosphorus, these marginal costs -- the cost of the additional phosphorus removed as a result of the upgrade -- amount to something of the order of 150-425 $/kg, with the upper bound being associated with the smallest plant configuration (1 MGD). Working Paper Number 2005-0011 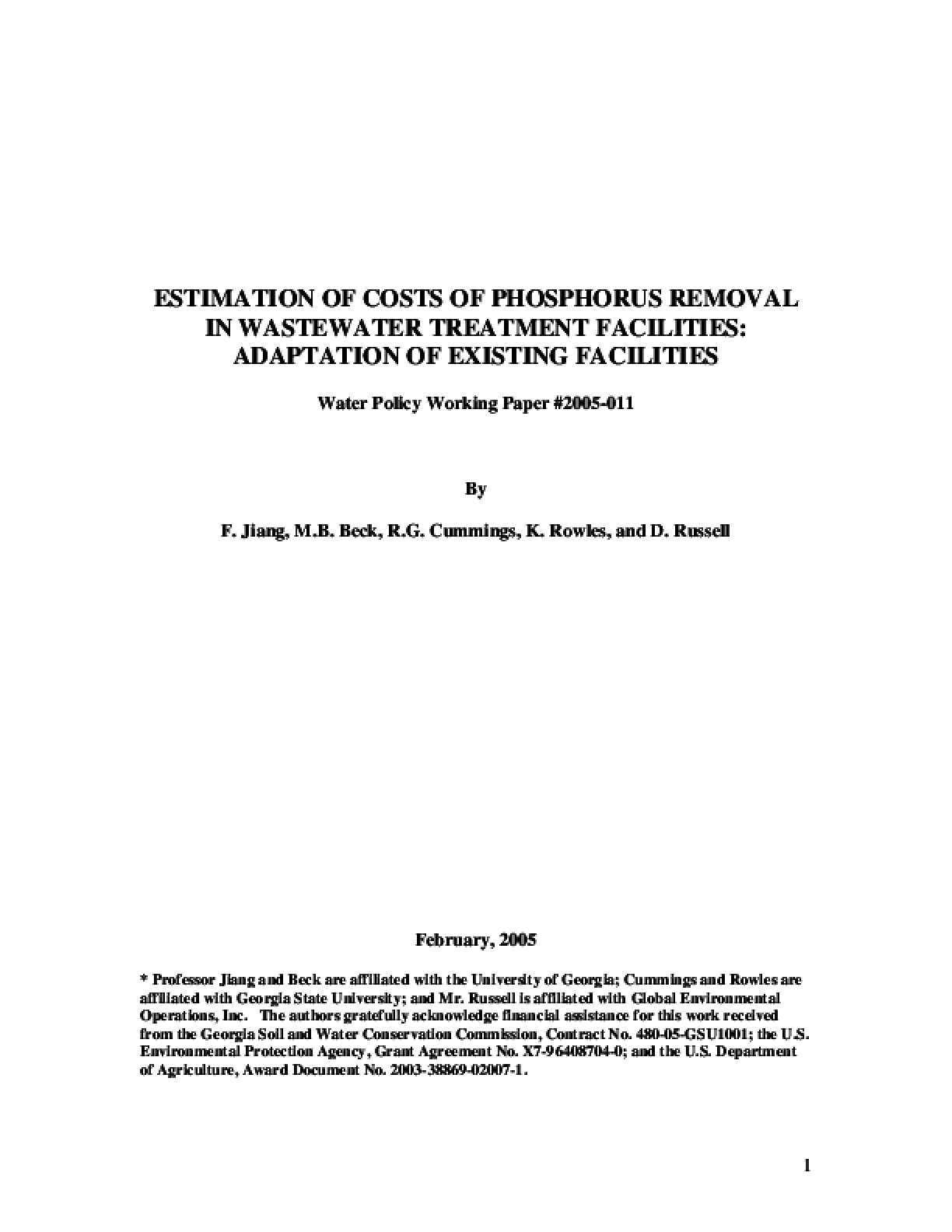