Since the four pillars were articulated in 2007, the immigrant rights movement has expanded in a number of significant ways. It has built stronger partnerships, both with other progressive groups, and with moderate and conservative allies. It has taken on a more state-level focus, as the continued failure to achieve comprehensive immigration reform at the federal level has led to a proliferation of state-level laws and initiatives. And new voices and leaders have emerged within the movement, most notably the "DREAMers," young undocumented immigrants brought to the U.S. as children who would benefit from the DREAM Act, which would provide a path to citizenship and other benefits for those in their specific situation. The net result of these changes has been a movement that is more adaptable, more localized, and more diverse -- but not necessarily more effective, when judged by the national-level metric of achieving comprehensive immigration reform. And it is debatable to what extent advances at the state level have been the result of state-level, ground-up organizing vs. coordinated action from national organizations. The pilot project that is the subject of this evaluation gets at these very issues. It addresses the possibility of pro-immigrant advocacy at the state level, and tests a model of national-local collaboration to advance this goal. 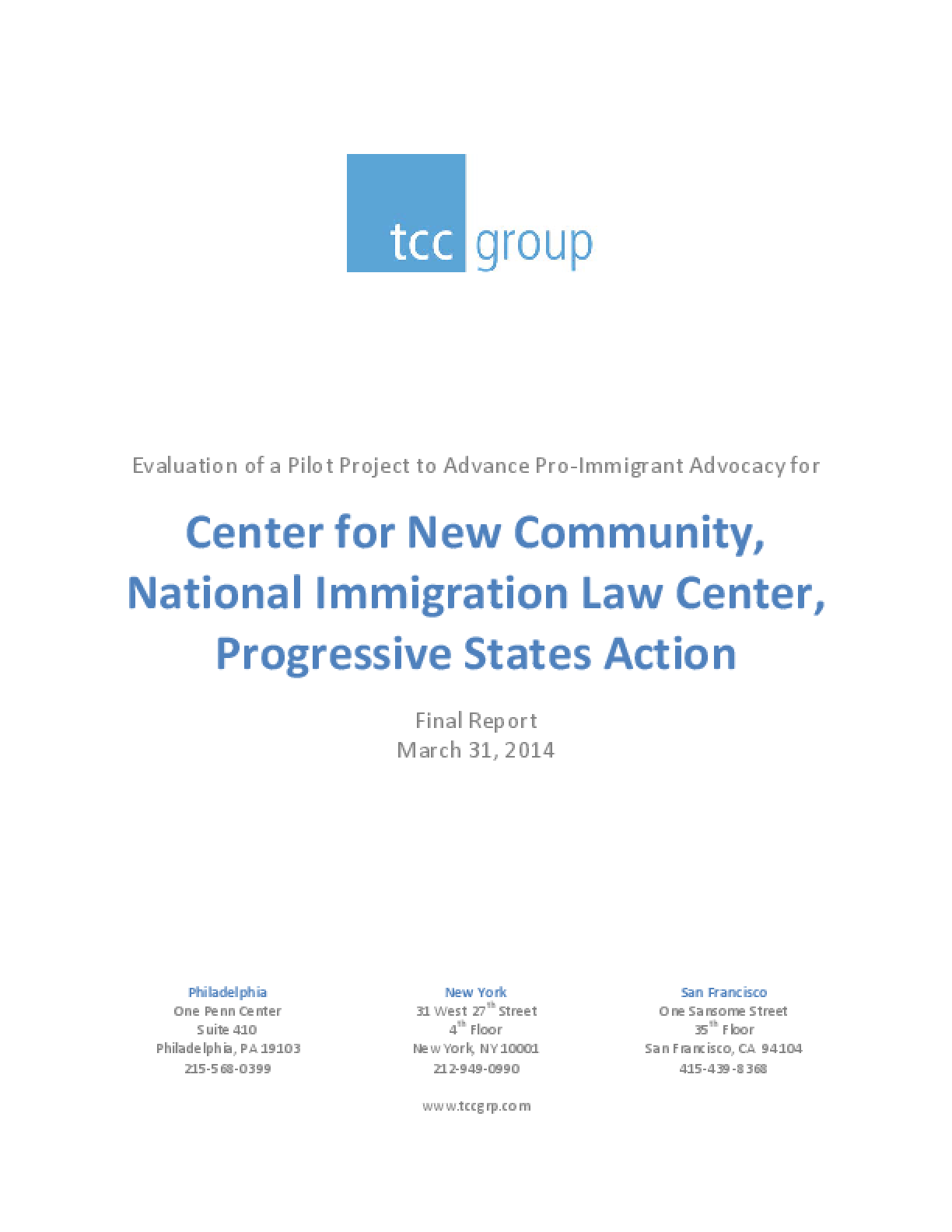