This report presents findings from an impact evaluation of the Robert Wood Johnson Foundation's Maximizing Enrollment grant program on the enrollment of children in Medicaid and the Children's Health Insurance Program (CHIP). Implemented from early 2009 through early 2013, the program funded eight states seeking to maximize the coverage of uninsured children who were eligible for these two major public insurance programs. The eight states included: Alabama, Illinois, Louisiana, Massachusetts, New York, Utah, Virginia, and Wisconsin. 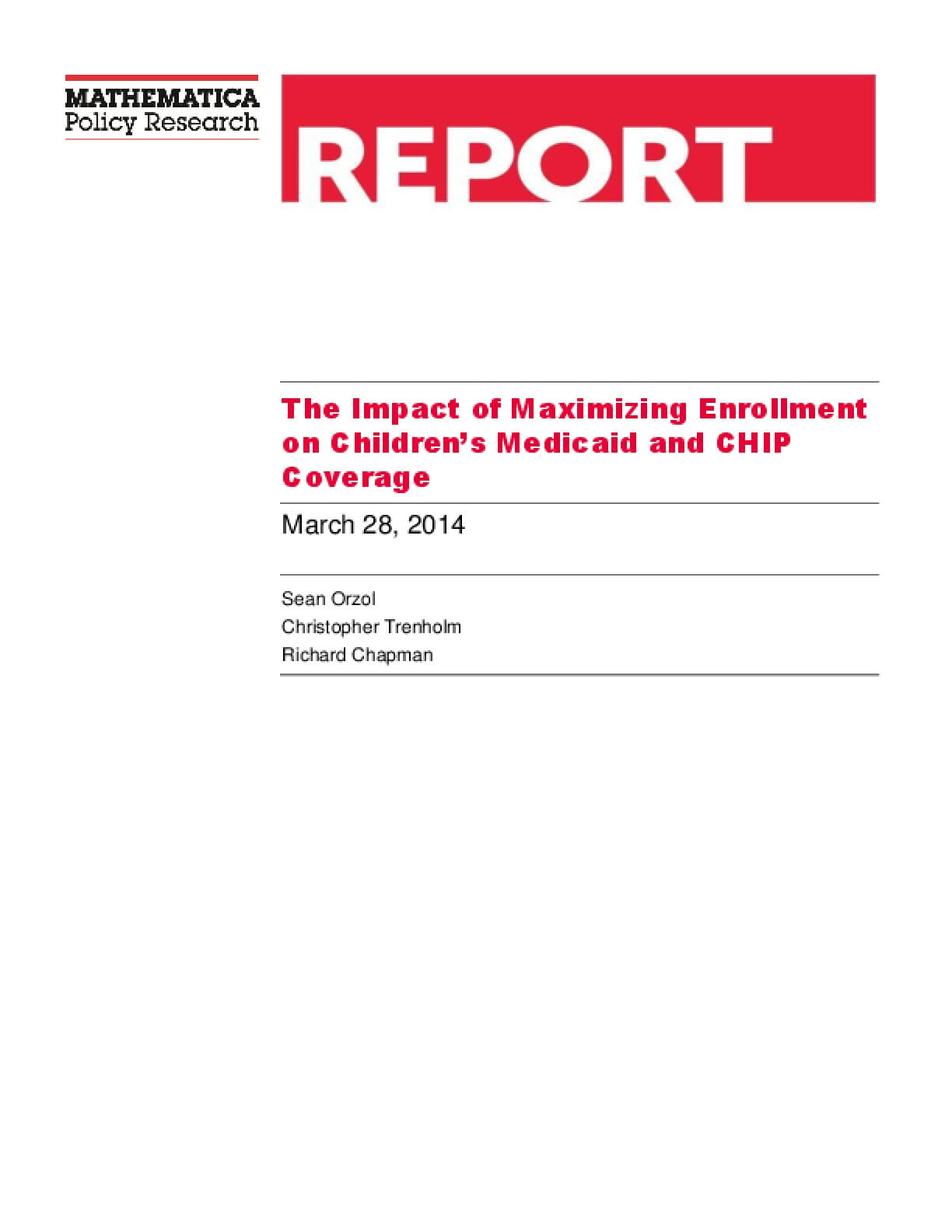