We implemented a year-long community-based campaign to encourage parents to ask about firearms in homes that their children visit, in a small Midwestern city. Along with community residents and local leaders, we disseminated campaign messages through multiple communication channels. To assess message recall, attitudes, and whether parents asked about firearms, we conducted pre- and posttest surveys with randomly sampled adults in the intervention city and in a neighboring city. The posttest survey showed that parents in the intervention city were concerned about the danger of firearms when their child visits a friend's home, suggesting that the campaign influenced their attitudes. 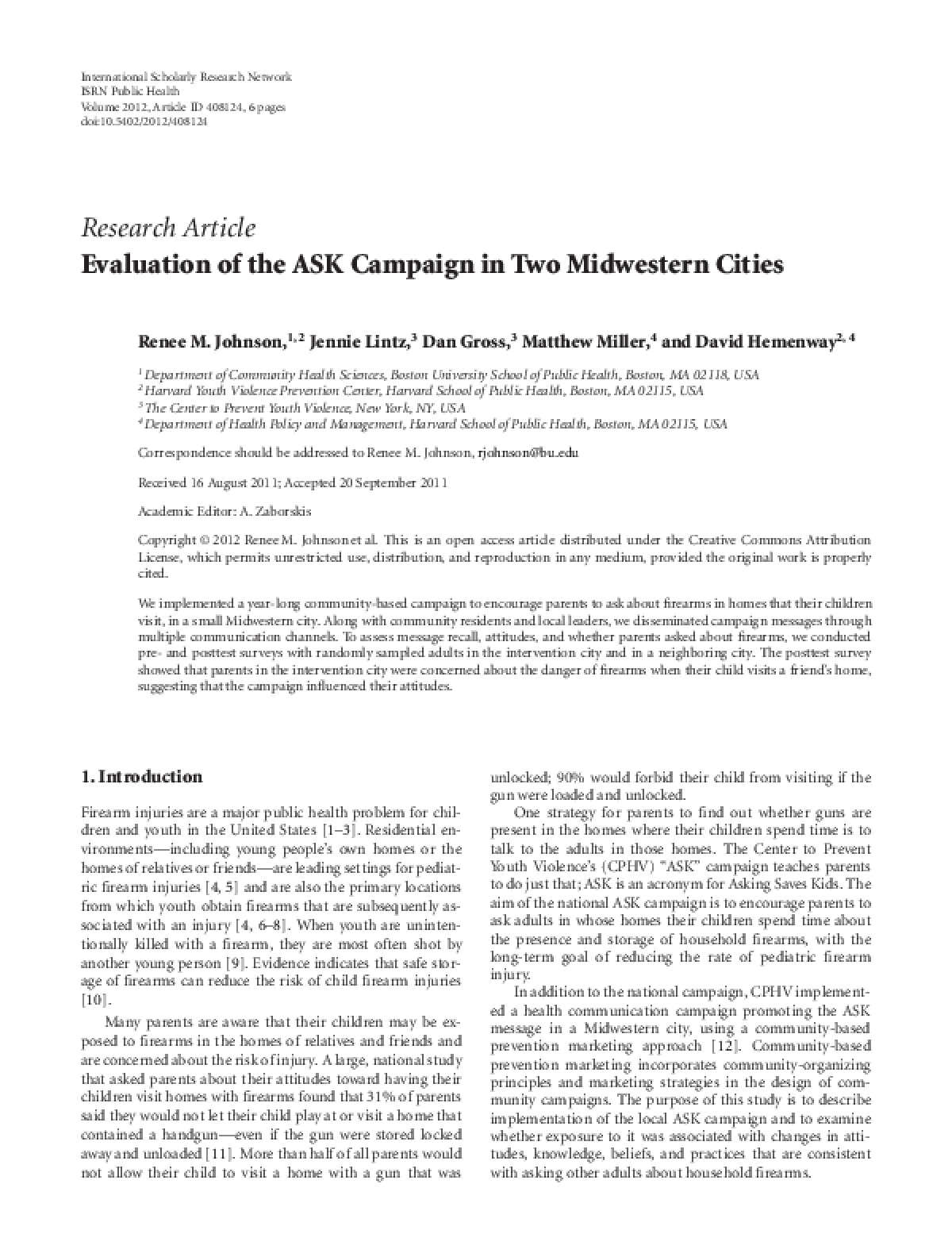