In 2006, the Deutsche Bank Americas Foundation (DBAF) formed a new funding strand focused on immigrant education. The foundation's aim was to improve the educational opportunities and performance of underserved immigrant students in New York City (NYC) public schools and to maximize "students' potential to ultimately access higher education." Toward this end, DBAF directs resources to programs and institutions that have "proven effective in improving student learning and raising academic performance." 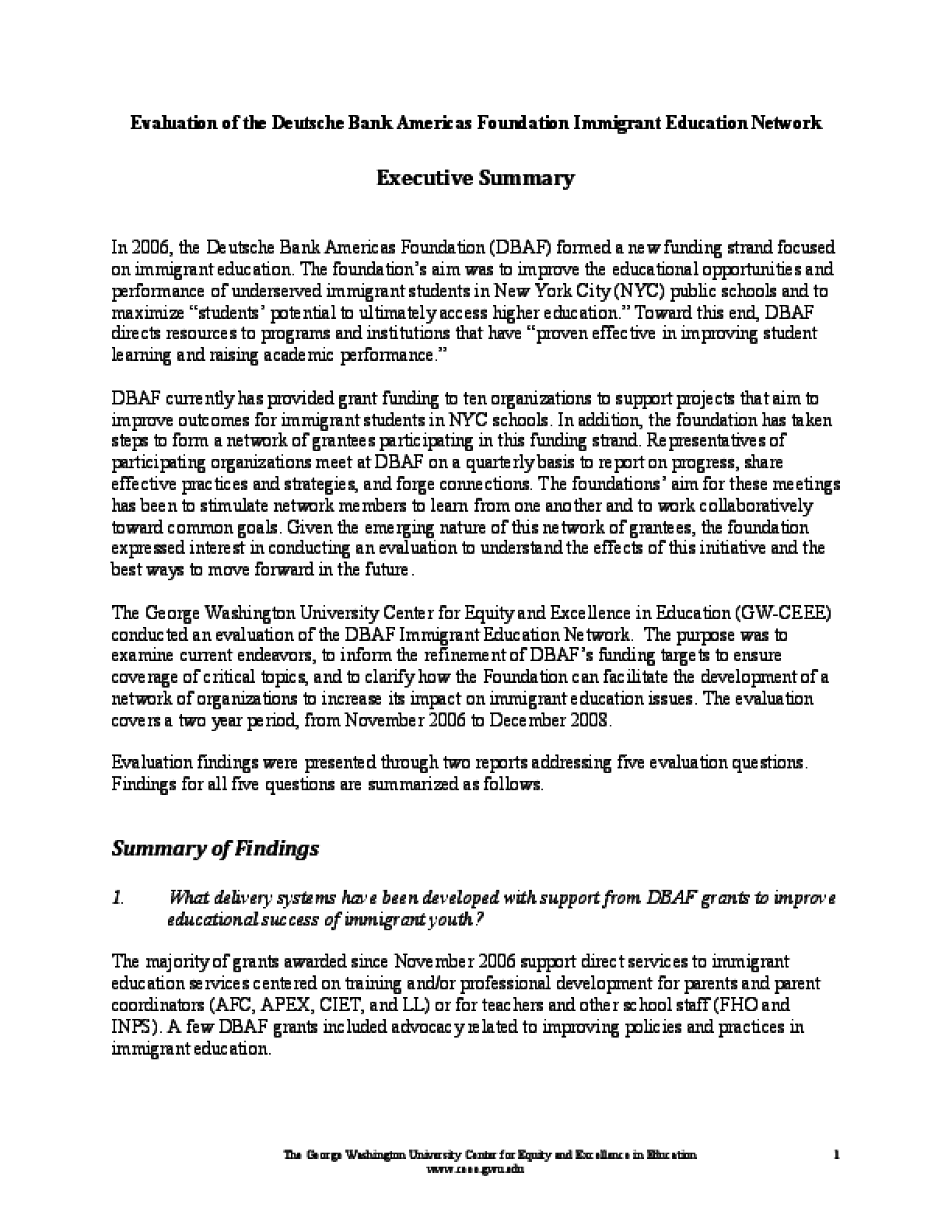