Older workers -- defined as those over the age of 55 -- account for an ever-increasing segment of the American labor force. As they grow in numbers, however, older workers are also particularly vulnerable to job dislocation, in part because rapid economic globalization has eliminated millions of jobs in manufacturing and other traditional fields of employment. Older workers are also becoming a growing share of the long-term and very long-term unemployed, a trend that started before the recent recession and has steadily advanced. Between 2007 and 2011, the proportion of unemployed workers over 50 who were jobless for six months or more jumped from 24 percent to 54 percent. Against this backdrop, the assistance offered by the Senior Community Service Employment Program (SCSEP) is of particularly timely importance. SCSEP was established in 1965 and incorporated under the Older Americans Act (OAA) in 1973. Operated by the U.S. Department of Labor's Employment and Training Administration (ETA), SCSEP provides subsidized minimum-wage, part-time community service assignments for low-income persons age 55 or older who would otherwise have poor employment prospects. Over its 46-year history, SCSEP has responded to the fact that older workers tend to have more difficulty than younger workers in finding new jobs when they become unemployed because of their greater likelihood as a group to have lower levels of formal education and obsolete skills, and because many employers hold negative stereotypes of older workers. 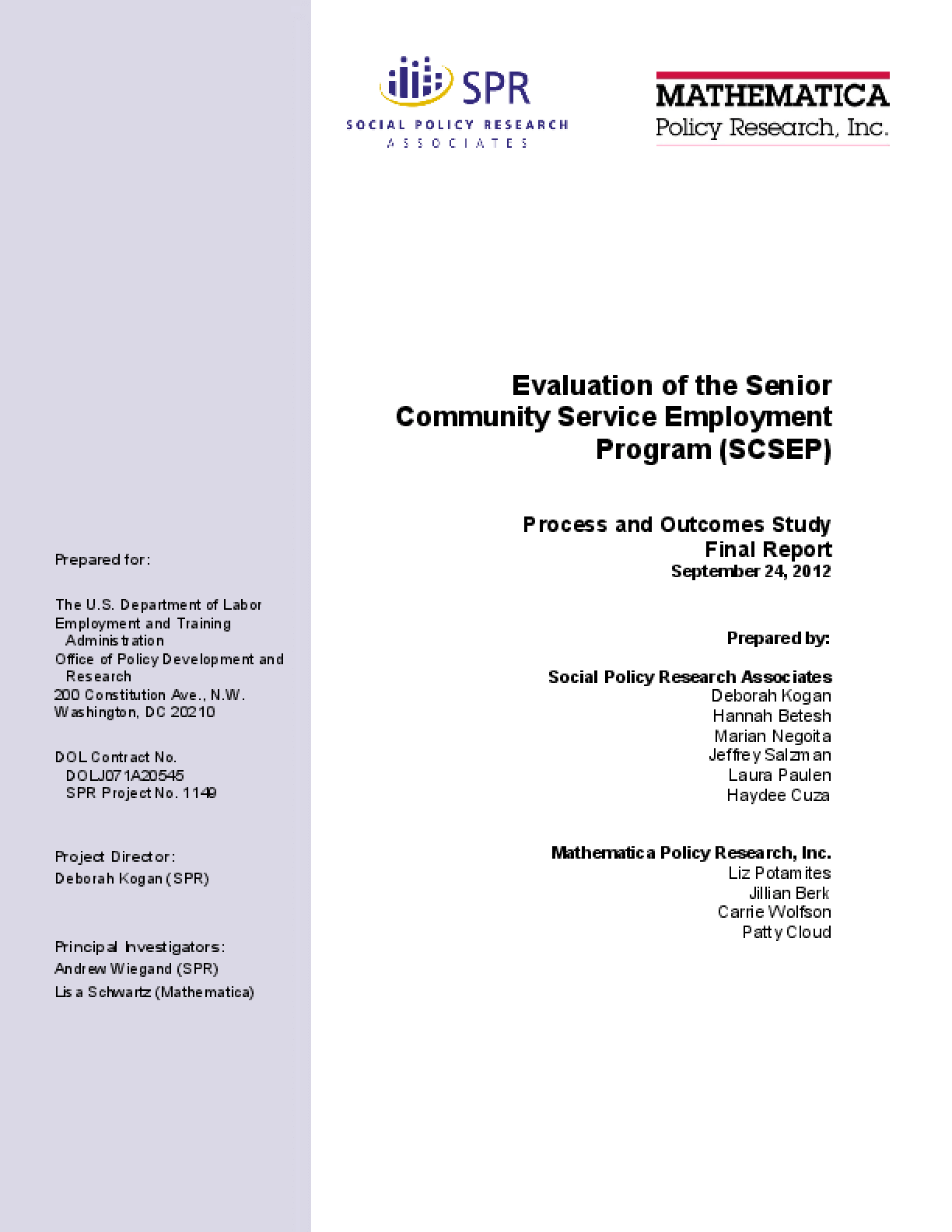