Evidence of Employment Discrimination on the Basis of Sexual Orientation and Gender Identity: Complaints Filed with State Enforcement Agencies, 1999-2007 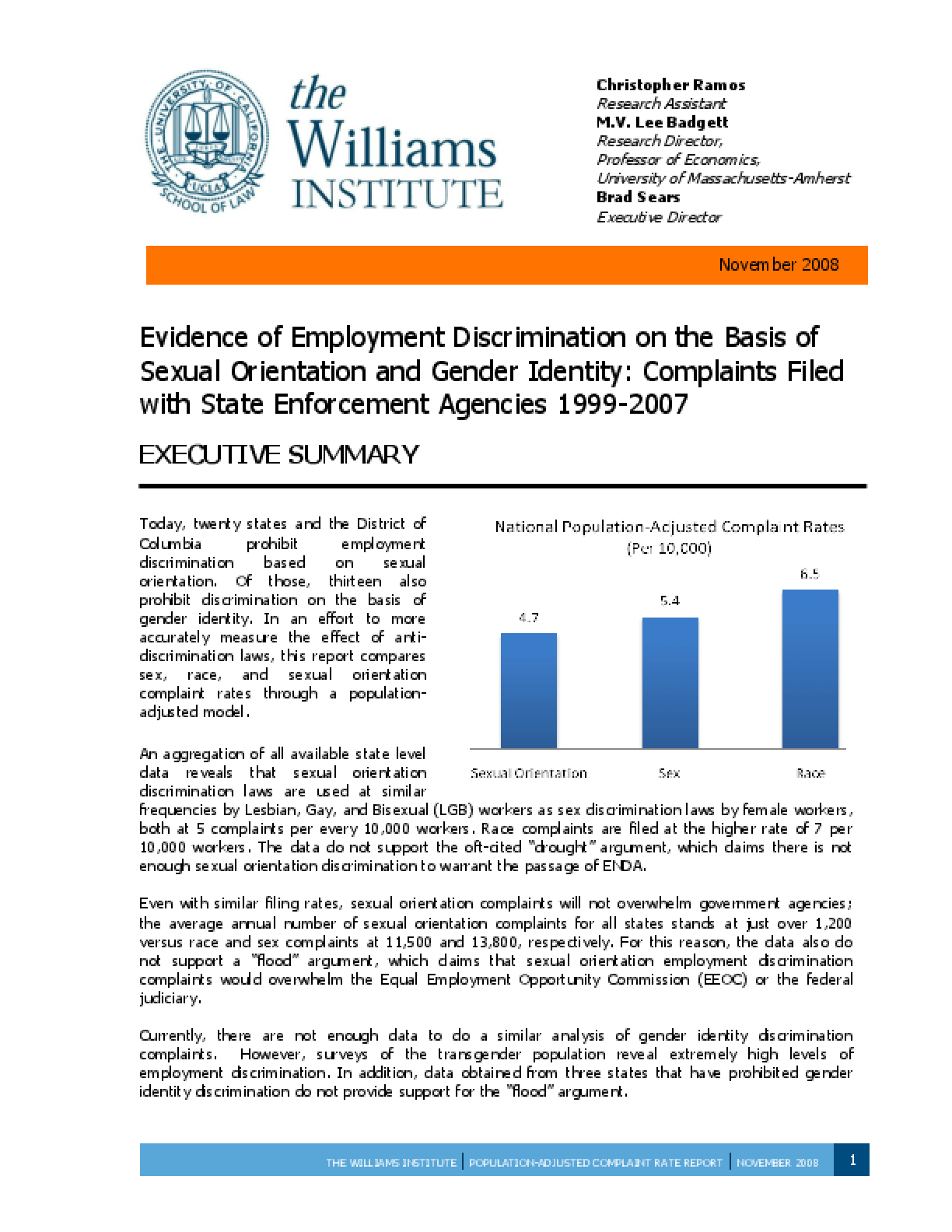