Despite a large body of evidence documenting the effectiveness of Teach For America (TFA) corps members at raising the math test scores of their students, little is known about the program's impact at the school level. TFA's recent placement strategy in the Miami-Dade County Public Schools (M-DCPS), where large numbers of TFA corps members are placed as clusters into a targeted set of disadvantaged schools, provides an opportunity to evaluate the impact of the TFA program on broader school performance. This study examines whether the influx of TFA corps members led to a spillover effect on other teachers' performance. We find that many of the schools chosen to participate in the cluster strategy experienced large subsequent gains in math achievement. These gains were driven in part by the composition effect of having larger numbers of effective TFA corps members. However, we do not find any evidence that the clustering strategy led to any spillover effect on school-wide performance. In other words, our estimates suggest that extra student gains for TFA corps members under the clustering strategy would be equivalent to the gains that would result from an alternate placement strategy where corps members were evenly distributed across schools. 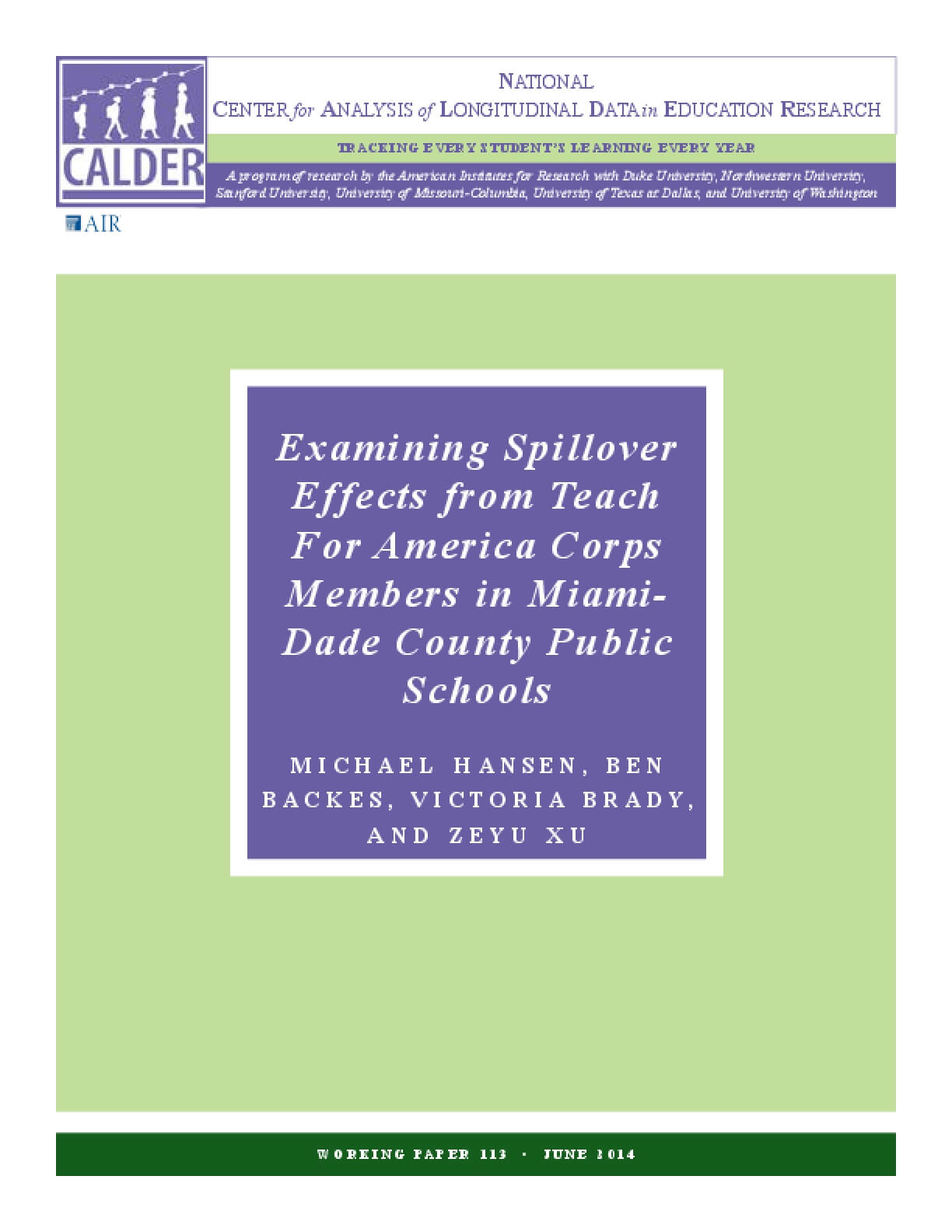