Examining the Nest Egg: The Sources of Retirement Income for Older Americans

The spending by 27 million retired Americans from their monthly pension payments in 2016 supported 7.5 million jobs for other Americas and $1.2 trillion in total economic output nationwide.What is the impact in your state? Click on a st"A new report finds that a large portion (40 percent) of older Americans rely only on Social Security income in retirement while only a small percentage of older Americans (seven percent) receive income from Social Security, a defined benefit pension, and a defined contribution account. Retirement income from these three sources is widely considered to be the ideal situation to ensure retirement security, particularly for the middle class. Retirees with these three sources of income are far less likely to face poverty and economic hardship.These findings are contained in a new report from the National Institute on Retirement Security (NIRS), Examining the Nest Egg: The Sources of Retirement Income for Older Americans. The report is co-authored by Tyler Bond, NIRS manager of research, and Dr. Frank Porell, University of Massachusetts Boston professor emeritus.The analysis also finds that without income from Social Security in 2013, the number of poor older U.S. households would have increased by more than 200 percent to 11 million households. Absent income from defined benefit pensions, the number of poor older households would have increased by 19 percent to more than four million households in 2013. Defined contribution plans, however, are less powerful at keeping older households out of poverty than pensions and Social Security because fewer near-poor households have assets in 401(k)-style defined contribution accounts and income from those accounts provided a smaller portion of total income. Without income from defined contribution accounts, the estimated number of poor older households would have increased by five percent."ate to download a Fact Sheet with details. 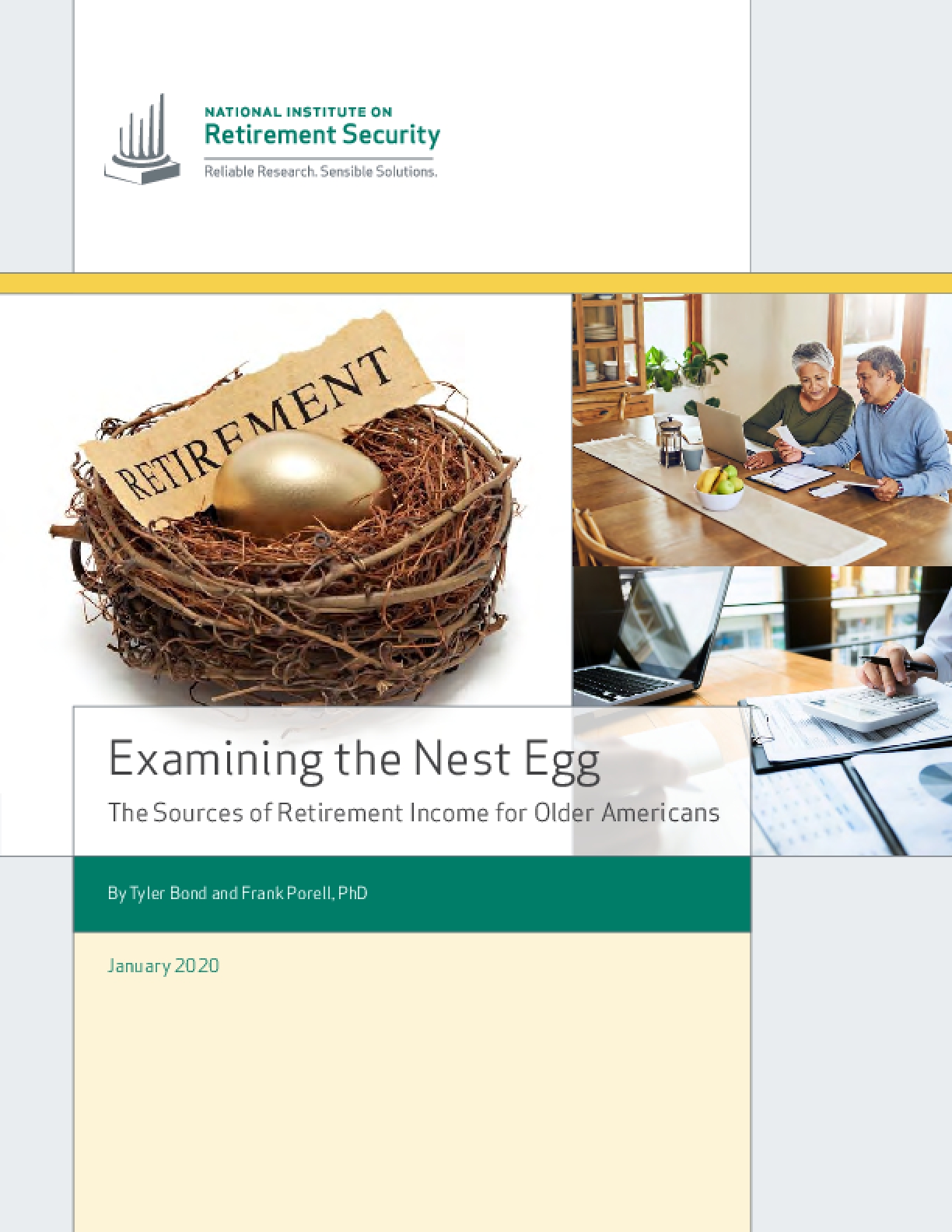